Trump declares war on the planet 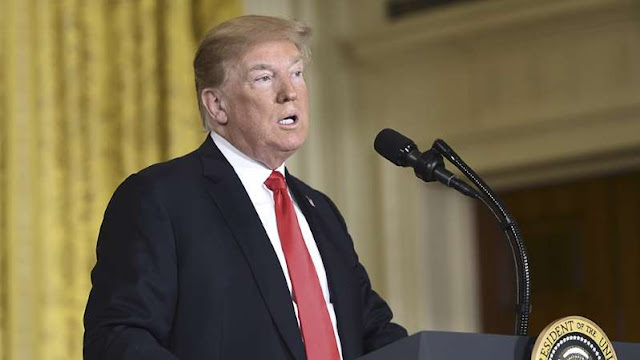 President Trump is repealing a controversial executive order drafted by former President Obama that was meant to protect the Great Lakes and the oceans bordering the United States.

In his own executive order signed late Tuesday, Trump put a new emphasis on industries that use the oceans, particularly oil and natural gas drilling, while also mentioning environmental stewardship.

"This order maintains and enhances these and other benefits to the Nation through improved public access to marine data and information, efficient interagency coordination on ocean-related matters, and engagement with marine industries, the science and technology community, and other ocean stakeholders," it states.

The order encourages more drilling and other industrial uses of the oceans and Great Lakes.

The order stands in contrast to Obama's policy, which focused heavily on conservation and climate change. His policy was written in 2010, shortly after the deadly BP Deepwater Horizon offshore drilling explosion and 87-day oil spill.

"America's stewardship of the ocean, our coasts, and the Great Lakes is intrinsically linked to environmental sustainability, human health and well-being, national prosperity, adaptation to climate and other environmental changes, social justice, international diplomacy, and national and homeland security," Obama's order stated.

It established a federal council with the responsibility to oversee various programs and decisions that could impact the oceans or Great Lakes.

That angered Republicans and industry, who are cheering Trump's rescission.

"President Trump's action will help the health of our oceans and ensure local communities impacted by ocean policy have a seat at the table."

"With the action today eliminating the National Ocean Policy, President Trump is trying to wash his hands of responsibility for the real and urgent threats facing America's coastal communities - namely, the impacts of climate change," said Christy Goldfuss, senior vice president for energy and environment at the Center for American Progress.

"In the absence of a president who is willing to lead, it is now more important than ever that coastal governors, tribal leaders, state legislatures, and local communities take up the mantle of leadership and work together to defend and restore the health of America's oceans."