Towards the end of Intenet as we know it

Today's vote will change the face of the internet forever, from an open platform to a place where anything can be removed without warning

The idea of instituting a regime of petty everyday censorship, that randomly and unfairly damages campaigns, artists and the denizens of the Internet, ought to fill you with rage 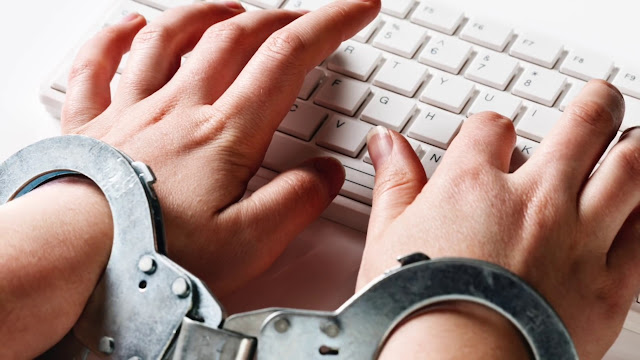 Members of European Parliament (MEPs) voted today in favour of the hugely problematic Article 13, which will require automatic “Robocop” deletions of videos, pictures, sound, and text across internet platforms.

The plan is to enforce the automatic removal of any material that appears to violate copyright, which means that memes, mixes, sampling, and even reuse of news and parliamentary footage, will get caught up and deleted without warning.

This could change the way that the internet works – from a hub of free and creative sharing, to a space where anything can be removed without warning, by computers. Companies will be expected to monitor uploads and check that they aren’t copies of something someone has copyright in.

Campaigners will fall foul of this law, known as Article 13 of the Copyright Directive. We know how bad these systems are because they’re already used by YouTube’s system known as ContentID. Greenpeace, for instance, had their Star Wars video removed on YouTube after allegations of copyright infringement. Other campaigners reuse promotional videos to pick apart their arguments – and found copyright allegations used to delete their videos. Educationalists too have had their content wrongly removed.


READ MORE
Without net neutrality the internet will be sold to the highest bidder
Ironically, even MEPs in favour of Article 13 (and against) have had their videos blocked on YouTube due to incorrect copyright claims made by computers.

Anyone remixing or sampling a song could find themselves deleted. Most popular memes exist by reusing copyright images: anything that has originated from a film or TV programme, for instance. Memes are often entirely legal, despite the copying, because they are parodies (or fair use in the USA). But a machine can’t tell that. That’s why hundreds of Downfall parodies got removed from Youtube.

The idea of instituting a regime of petty everyday censorship, that randomly and unfairly damages campaigns, artists and the denizens of the Internet, ought to fill you with rage. We face the inevitable choice of the digital age: do we want machines to serve us, or to control us?

The copyright lobby groups pushing for Article 13 firmly believe in technology as a means of control, but they’re hardly the only ones. Once this technology is in place for copyright violations, extending it to identify extremism, hate speech, anything that the government does not like, becomes natural and easy.

These calls already exist: the EU is consulting on making these kinds of changes, and of course our own government has repeatedly called for platforms to “use technology” to censor potentially illegal material, and even built their own algorithms for small companies to do this.

It may sound extreme, but the inevitable result will be the expansion of automated censorship, whereby any of the content you post anywhere on the internet, be it Twitter, Instagram, Reddit or on your personal blog could be taken down because it clashed with an algorithm.

The UN’s Special Rapporteur for Free Expression has advised that states and intergovernmental organisations should refrain from establishing laws or arrangements that would require the “proactive” monitoring or filtering of content, which is both inconsistent with the right to privacy and likely to amount to pre-publication censorship.

Internet creator Tim Berners-Lee, Wikipedia founder Jimmy Wales and other internet pioneers warned that “Article 13 takes an unprecedented step towards the transformation of the internet, from an open platform for sharing and innovation, into a tool for the automated surveillance and control of its users.”

They are of course correct. The internet exists in the way we understand it because it has always been an open platform which fosters creativity, self-expression and free speech. With companies and individuals alike being silenced, the very soul of the web as we know it will be lost.

We have until July 4 to persuade the EU Parliament that they shouldn’t embark on this dark and dangerous road. Please contact your MEP and act now.