Study "now puts Antarctica in the frame as one of the largest contributors to sea-level rise."

This is a bit like saying that the gates need to be closed after the horse has bolted.


"The most robust study of the ice mass balance of Antarctica to date," scientists say, "now puts Antarctica in the frame as one of the largest contributors to sea-level rise."

Scientists are expressing alarm over "utterly terrifying" new findings from NASA and the European Space Agency that Antarctica has lost about 3 trillion tons of ice since 1992, and in the past five years—as the atmospheric and ocean temperatures have continued to climb amid ongoing reliance on fossil fuels—ice losses have tripled.

This should be a wake-up call, said University of Leeds professor Andrew Shepherd, a lead author of the report. "These events and the sea-level rise they've triggered are an indicator of climate change and should be of concern for the governments we trust to protect our coastal cities and communities."

Published in the journal Nature, "This is the most robust study of the ice mass balance of Antarctica to date," said NASA's Erik Ivins, who co-led the research team. The report offers insight into the future of the Antarctic Ice Sheet, which the authors note "is an important indicator of climate change and driver of sea-level rise."

"The outlook for the future is looking different to what it was," explained Shepherd. "There has been a sharp increase, with almost half the loss coming in the last five years alone."

Up until 2012, "we could not detect any acceleration," but after that, based on surveys by satellites, they saw a threefold increase in the rate of ice melt. "That's a big jump, and it did catch us all by surprise," Shepherd said. "A threefold increase now puts Antarctica in the frame as one of the largest contributors to sea-level rise. The last time we looked at the polar ice sheets, Greenland was the dominant contributor. That's no longer the case."

Today’s news on Antarctica — ice loss there has accelerated 300% over the past 25 years — is utterly terrifying. “As we observe the system for longer, we see more and more changes of the type we feared could happen as the climate warms” —@helenafricker
Eric Holthaus‏Verified account @EricHolthaus

Today’s news on Antarctica — ice loss there has accelerated 300% over the past 25 years — is utterly terrifying. “As we observe the system for longer, we see more and more changes of the type we feared could happen as the climate warms” —@helenafricker 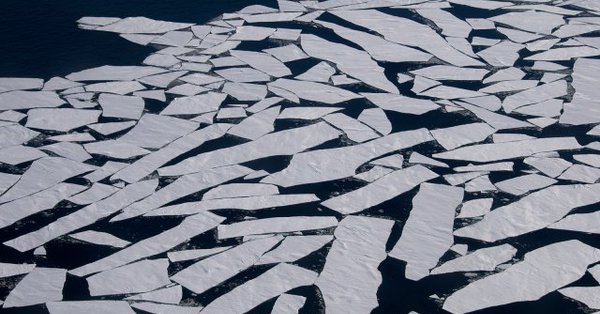 Aboout decade ago, as New Scientist noted, "the official view was that there would be no net ice loss from Antarctica over the next century."


Even so, Dr. James Hansen, "the father of modern climate change awareness," warned at the time, "The primary issue is whether global warming will reach a level such that ice sheets begin to disintegrate in a rapid, non-linear fashion on West Antarctica, Greenland or both."

"Once well under way, such a collapse might be impossible to stop, because there are multiple positive feedbacks," Hansen wrote for New Scientist in 2007. "In that event, a sea level rise of several meter at least would be expected."

Fears of so-called feedback loops have long been a critical part of the scientific community's warnings about what runaway climate change could mean.

According to the report out this week—which was conducted by 84 researchers across 44 institutions—and others that have preceded it, the most serious melting is occuring in West Antarctica. "When we look into the ocean we find that it's too warm and the ice sheet can't withstand the temperatures that are surrounding it in the sea," which is causing glaciers to melt more rapidly into the oceans, Shepherd explained.

East Antarctica, meanwhile, has experienced far less melting because the bulk of its ice is above sea level, he added. That is "an important distinction, because it means it's insulated from changes in the ocean's temperature."

"I think we should be worried. That doesn't mean we should be desperate," University of California Irvine's Isabella Velicogna, one of 88 co-authors," told the Associated Press. "Things are happening. They are happening faster than we expected."

"This is extremely concerning news and confirms what we already know about the impacts of burning fossil fuels: our climate is at a dangerous tipping point that is putting the communities of low-lying islands and our coasts at great risk," said Hoda Baraka, 350.org's global communications director.

"This is why tens of thousands of people around the world will join the Rise for Climate mobilization on and around the 8th September—to drive climate action within our communities," Bakara added, "and send a clear message to governments that the science is clear, we have the momentum, the technology for the energy transition is ready and we demand bold action now." 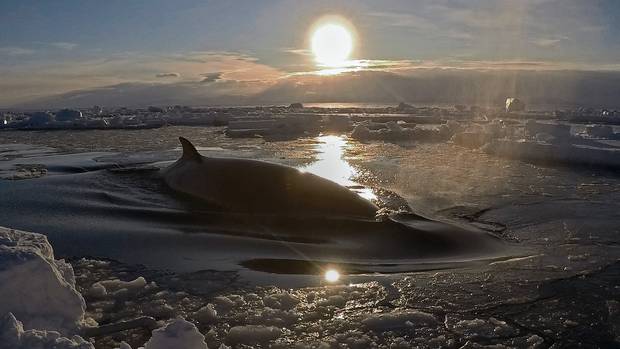 This has been carrried in the New Zealand media as well. No mention of feedback loops though.

What happens in only the next decade could determine the fate of Antarctica - and the melting continent's future impact on our coastal cities and communities.

Scientists have sketched two 2070 scenarios - one leaving warming unchecked, another avoiding the worst effects of climate change - alongside new research that revealed Antarctica had lost three trillion tonnes of ice in less than three decades.

But under the low emissions scenario - which could be achieved if future temperature rise was limited to the 2C threshold sought by the Paris Agreement - Antarctica would look much as it did in the earlier decades of the century, and global sea-level rise would remain under the one-metre mark.

The new reasearch shows global sea levels are rising three times faster than a quarter of a century ago because of global warming.

Ice losses from Antarctica have increased sea levels by almost 8mm since 1992, with two-fifths of this rise coming in the past five years alone.

"The bad news is that time is short and emissions need to peak in the next decade and reduce to zero before the end of the century," said co-author Professor Tim Naish, of Victoria University's Antarctic Research Centre.

Naish said other risks - such as competition for resources and food security - could threaten the long-standing Antarctic Treaty, and New Zealand's own influence on the continent's preservation.

"Put simply, if we cannot collectively tackle climate change, then it's unlikely we will maintain Antarctica as a place for peace, nature and science."

A special edition of the major scientific journal Nature also included a raft of new research on the continent, which bore an equivalent 58m of potential sea-level rise.

Before 2012, Antarctica lost ice at a steady rate of 76 billion tonnes per year – a 0.2 mm per year contribution to sea level rise.

But since then there has been a sharp, threefold increase.

And between 1992 and 2017, the Antarctic Ice Sheet lost about three trillion tonnes of ice - equivalent to around 8mm of mean sea-level rise.

During this 26-year period, ocean-driven melting led to a tripling of ice-loss rates from West Antarctica, from 53 billion to 159 billion tonnes per year.

The rate of ice loss from the Antarctic Peninsula increased from about 7 billion to 33 billion tonnes per year as a result of ice-shelf collapse.

In West Antarctica, ice shelves were being eaten away by warm ocean water, and those in the Amundsen and Bellingshausen seas are up to 18 per cent thinner than in the early 1990s.

At the Antarctic Peninsula, where air temperatures had risen sharply, ice shelves have collapsed as their surfaces have melted.

While East Antarctica's mass balance remained highly uncertain and was indistinguishable from zero, reassessments of the models could improve understanding of what was happening.

"The new collection of research and review papers paint a clear and coherent picture about the things that keep Antarctic scientists up at night," said Professor Christina Hulbe, of the University of Otago.

While massive change was clearly underway in Antarctica and in the Southern Ocean, Hulbe said that didn't mean the new evidence should be read as doom and gloom.

"While some amount of change is already locked in, there are always choices to be made and it's still possible to avert the worst of the climate projections."