‘We don’t need the West’: Assad to ban foreign money from Syria reconstruction 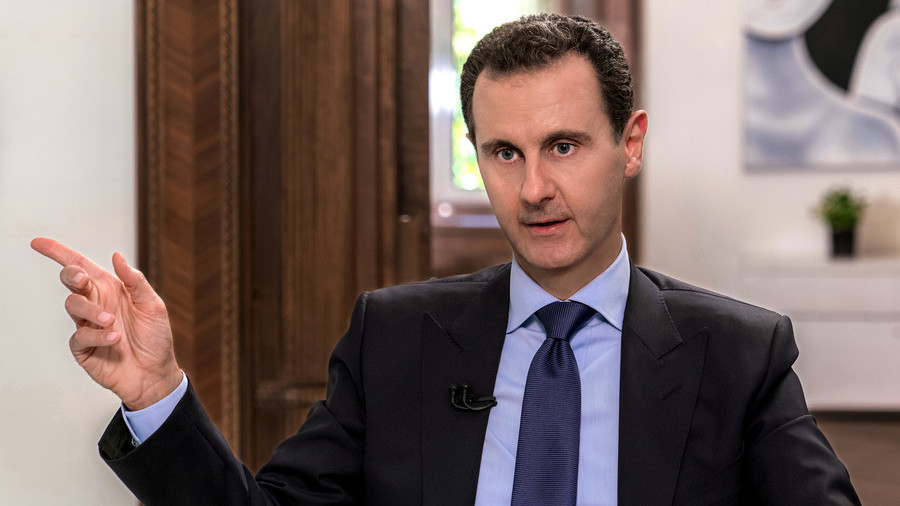 Syria will not allow Western investors to step into the rebuilding of war-damaged country as they only come to “take” from foreign economies, Syria’s Bashar Assad told Russian media, adding he will seek friendly aid instead.
The US and its Western allies have been actively engaged in the seven-year long war in Syria, including the illegal stationing of troops in the country and backing anti-government militants such as Free Syrian Army (FSA) and “moderate” Islamist groups. The war has dealt billions in damage to the country, but President Assad is determined to rebuild without a single penny from the “dishonest” West.

“They [the West] won’t be part of reconstruction in Syria, because very simply we won’t allow them to be part of it… we don’t need the West. The West is not honest at all, they don’t give, they only take,” the Syrian leader told Russian NTV channel on Sunday.

Read more
Turkish-backed Free Syrian army fighters ride on a back of a truck in Afrin, Syria March 19, 2018. © Khalil AshawiUS tells rebels not to count on its help as Syrian army advances into country’s southwest – report
The country was historically built without external help, the Syrian president stressed, adding that any loans would be allowed only from “friends.” On the other hand, European investors, who have been privately contacting the Syrian authorities on the matter, will be banned from Syrian markets. Assad says that Europe has eyes for Syria just to save its own “dire” economies.

“They need this market, they are in a very dire situation economically since 2008, most of the European countries. They need many markets, Syria is one of them, and we are not going to allow them to be part of this market, very simply,” he said.

During the interview, Assad lashed out at Western powers, which he believes are controlled by Washington and only have “the substitute of statesmen” and “fake politics.” He said this approach needed “fake stories,” including the alleged use of chemical weapons, which Assad was repeatedly accused of despite Damascus destroying the stockpile in 2013.

The Syrian leader also said that negotiating with US President Donald Trump would be fruitless as Washington always comes up short on its promises and things only get worse when it’s involved.

“The problem with the American presidents is that they are hostages to their lobbies, to the mainstream media, to the huge corporations, financial, oil, armaments, etc.,” Assad said. He described President Trump as a “very stark example” of American approach in politics – always saying “what you want to hear,” but doing the opposite, get things “worse and worse.”

“So, talking and discussing with the Americans now for no reason, without achieving anything, is just a waste of time,” the Syrian leader said, adding that Damascus is ready for productive dialogue, but it is unlikely to have it with Washington “in the foreseeable future.”