World financial system as stretched as before 2008 crash

What is going to cause this financial bubble to pop? Economic researcher and futurist Chris Martenson says, “The price of oil is likely going to be the pin that pricks these bubbles. No central banker is going to do it. They are deathly afraid of these markets they have created. . . . They are afraid of a downturn in the markets, and they won’t willingly go there. What could force that is the price of oil. . . . The higher price of oil is going to really harm some weak players out there. . . . The chain reaction always starts with somebody not being able to pay their debt back.”


If The Credit Markets Freeze, The Economic Decline Will Be Spectacular:Wolf Richter


This article was written for the Telegraph
'It is frankly scary': World financial system as stretched as before 2008 crash 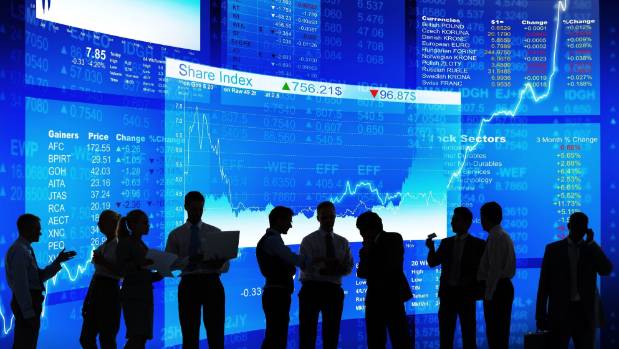 
The world financial system is as dangerously stretched today as it was at the peak of the last bubble but this time the authorities are caught in a "policy trap" with few defences left, a veteran central banker has warned.

Nine years of emergency money has had a string of perverse effects and lured emerging markets into debt dependency, without addressing the structural causes of the global disorder.

"All the market indicators right now look very similar to what we saw before the Lehman crisis, but the lesson has somehow been forgotten," said Professor William White, the Swiss-based head of the OECD's review board and ex-chief economist for the Bank for International Settlements. 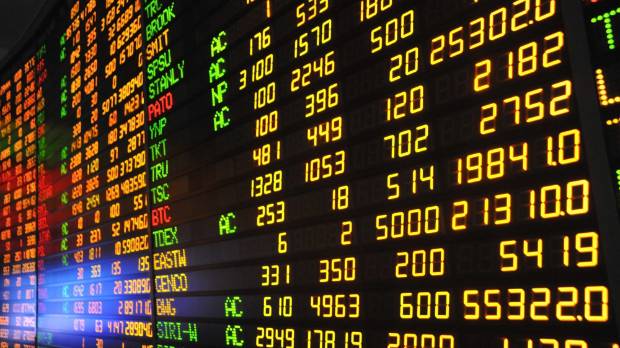 Schuldschein loans were once a feature of rock-solid lending to family Mittelstand companies in Germany.

The transformation of this corner of the market into a form of high-risk shadow banking shows how the lending system has been distorted by quantitative easing (QE) and negative interest rates.

White said there was an intoxicating optimism at the top of every unstable boom when people convince themselves that risk is fading, but that is when the worst mistakes are made.
For the first time in 18 years, the US president is attending the economic summit in Davos, Switzerland - a gathering of world leaders, NGOs, CEOs and massive amounts of security.

Stress indicators were equally depressed in 2007 just before the storm broke.

This time central banks are holding a particularly ferocious tiger by the tail. Global debt ratios have surged by a further 51 percentage points of GDP since the Lehman crisis, reaching a record 327 per cent (IIF data).

This is a new phenomenon in economic history and can be tracked to QE liquidity leakage from the West, which flooded East Asia, Latin America, and other emerging markets, with a huge push from China pursuing its own venture.

"Central banks have been pouring more fuel on the fire," he told The Daily Telegraph, speaking before the World Economic Forum in Davos.

"Should regulators really be congratulating themselves that the system is now safer? Nobody knows what is going to happen when they unwind QE. The markets had better be very careful because there are a lot of fracture points out there," he said.

"Pharmaceutical companies are subject to laws forcing them to test for unintended consequences before they launch a drug, but central banks launched the huge social experiment of QE with carelessly little thought about the side-effects," he said.

The US Federal Reserve is already reversing bond purchases - ignoring warnings by former Fed chair Ben Bernanke - and will ratchet up the pace to US$50b a month this year.

It will lead to a surge in supply of US Treasury bonds just as the Trump Administration's tax and spending blitz pushes the US budget deficit toward US$1 trillion, and China and Japan trim Treasury holdings.

It has the makings of a perfect storm. At best, the implication is that yields on 10-year Treasuries - the world's benchmark price of money - will spike enough to send tremors through credit markets.

The edifice of inflated equity and asset markets is built on the premise that interest rates will remain pinned to the floor.

The latest stability report by the US Treasury's Office of Financial Research warned that a 100 basis point rate rise would slash US$1.2 trillion of value from the Barclays US Aggregate Bond Index, with further losses once junk bonds, fixed-rate mortgages, and derivatives are included.

The global fall-out could be violent. Credit in dollars beyond US jurisdiction has risen fivefold in 15 years to over US$10 trillion. "This is a very big number. As soon as the world gets into trouble, a lot of people are going to have trouble servicing that dollar debt," said White. Borrowers would suffer the double shock of a rising dollar, and rising rates.

While banks now have high capital buffers, the risk has migrated: to investment funds concentrated in crowded trades. The share of equities traded in "dark pools" outside the exchanges has mushroomed to 33 per cent.

One worry is what will happen to "risk parity" funds when the inflation cycle turns. RBI Capital warned in its investor letter that these funds could lead to a "liquidity crash".

Deutsche Bank has advised clients to take out June 2018 "put" options on the S&P 500 - a hedge against a market slide - arguing that the rally looks stretched and that risk parity funds will amplify any correction.

These funds manage risk by matching bonds and equities through dynamic weighting. The strategy worked during the "Goldilocks" phase of low inflation and rising stock markets. Both wings of the trade did well. The danger is that both could go wrong at the same.

Whether the inflation cycle is really turning, and how fast, is the elemental question of this bull market. What is clear is that the US has closed the output gap and is hitting capacity constraints.

The great disinflation of the last three decades was essentially a global "supply shock".

The opening-up of China and the fall of the Berlin Wall added 800m workers to the traded economy, depressing wages and unleashing a tsunami of cheap goods.

The "Amazon effect" of digital technology capped price rises. The demographics of the baby boom era played its part by boosting the global savings glut.

But there was another feature that is often neglected. Central banks intervened "asymmetrically" with each cycle, letting booms run but stepping in with stimulus to cushion busts. The BIS says one result was to keep insolvent "zombie" companies alive and block the creative destruction that leads to rising productivity.

"Everything could now go into reverse: the baby boomers are gone; China's working age population is falling; and zombie companies are going to be forced out of business at last as borrowing costs rise," said White.

While higher inflation is needed in one sense to right the global ship - since it lifts nominal GDP faster, and whittles down debt - the danger is that the shock of higher rates will hit first.

Central banks are now caught in a "debt trap". They cannot hold rates near zero as inflation pressures build, but they cannot easily raise rates either because it risks blowing up the system.

"It is frankly scary," said White.

The authorities may not yet have reached the end of the road but this strategy is clearly pregnant with danger.

Global finance has become so sensitive to monetary policy that central banks risk triggering a downturn long before they have built up the safety buffer of 400 to 500 basis points in interest rate cuts needed to fight recessions.

"We are running out of ammunition. I am afraid that at some point this is going to be resolved with a lot of debt defaults. And what did we do with the demographic dividend? We wasted it," he said.

Posted by seemorerocks at 13:07