FEMA camps and mass graves? Speculation on the missing in Texas and Florida

Where have all the people gone? 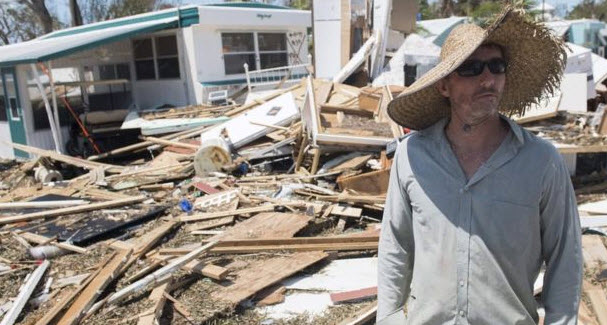 I started my day by reading the latest essay from James Howard Kunstler who since he wrote A Long Emergency and A World Made by Hand has been describing what collapse might look like.

Writing about the latest calamity to befall yet another territory of the United States - Puerto Rico - concluded by writing:


"We’re only two days past the Hurricane Maria’s direct hit on Puerto Rico and there is no phone communication across the island, so we barely know what has happened. We’re weeks past Hurricanes Irma and Harvey, and news of the consequences from those two events has strangely fallen out of the news media. Where have the people gone who lost everything? The news blackout is as complete and strange as the darkness that has descended on Puerto Rico."

His question, "where have the people gone who lost everything" is on the lips of any of us who follow this.

How many people have been washed out to sea? What happened to the folk on Florida Keys? To the folk that had little and have now lost everything in Houston and elsewhere in Texas?

The "news " we are getting has the smell of a cover-up and people have been all abuzz about this on social media and Facebook and who can blame them for the speculation.

As for what people have to put up with in these places I will start with what can be established as fact.

It is almost beyond my ability to find the language to describe how I feel about such outrages.

If I didn't have stories closer to home about how the authorities respond to these disasters I wouldn't believe them - just as many comfortably-off, privileged folk removed from the reality of this will poo-poo such stories and exclaim loudly "these things don't happen!"

But they do and when you are confronted by reality when a hurricane strikes near you and you no longer have the things you take for granted - electricity and running water - you will quickly discover that these things do happen!

I am going to go out on a limb here and give voice to what has been conspiracy theory in the past - but which just MAY be conspiracy fact.

People are talking way-out stuff such as FEMA camps and prison barges.

I first encountered this some years ago when someone gave me a DVD with material by Alex Jones.  It was not difficult to punch holes in the whole thing. Jones would walk into a stadium which cold have been anywhere and exclaim "this is a FEMA camp". Wild conclusions old be reached from arguments that had no logical sequence to it and these conclusions would be used to reach further illogical conclusions.

This from Jesse Ventura a fe w years ago:

In short it was the stuff of conspiracy theory and I wasn't having any of it.

Immediately people are rushing  out with the same conclusions. 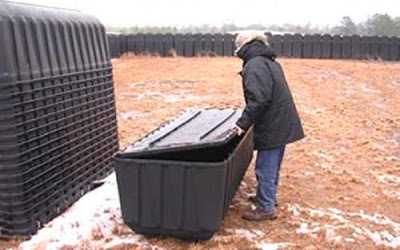 “What’s shown in the photos displayed with the “FEMA camp” story are not “plastic coffins” or “disposable coffins,” but rather what’s known as burial vaults or grave liners. These liners don’t hold human remains in themselves; they’re a protective shell”

And then there are those barges which turned up at Port Arthur, TX.. The official explanation (to the extent that there is ANY) is that they are providing temporary housing

Let’s just see if any of the people being housed there turn up again, safe and accounted for.

We are in a totally different situation now and legitimate questions do have to be asked about what fate has befallen thousands of people who have clearly not been accounted for since Harvey, Irma – and now, Katia – have struck.

What follows is a collection of material where some people may be putting together footage (such as the old man interviewed outside a holding center who is clearly not totallly mentally - well) to support their own ideas. But still others are asking questions or describing their own experiences.

I am not in any way equipped to give any answers so will finish with the question I started with - "where have all the people gone" and ave you to make of the following what you will.

See also: Black people abandoned in Houston as they were in New Orleans

The Killing Fields of Hurricane Harvey

More Information Re: Houston, & What Americans Have To Deal With When Disaster Strikes