Potential Houston Levee Failures: Reports Indicate that Reservoirs are Being Strained to the Breaking Point

News reports tonight from Houston KTRK indicated that water levels at Addicks and Barker Reservoirs were continuing to rise sharply despite controlled releases starting at 1 AM on Monday. According to these reports, the reservoirs had received upwards of 25 inches of rainfall. The National Weather Service indicated that another 25 inches may be on the way in total. And despite the controlled release, reservoir levels were continuing to rise at a rate of 4 inches per hour. 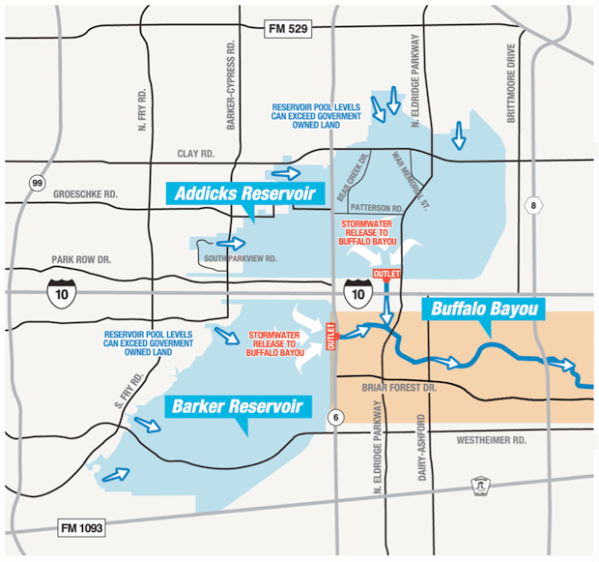 (Addicks and Barker Reservoirs spill into Buffalo Bayou, which then flows into downtown Houston. Earlier today controlled releases were begun in an attempt to slow water rise in the reservoirs. This release is failing to prevent rapid water rise within and around these reservoirs. Movement of flood waters into the reservoirs is pushing waters into subdivisions near the reservoirs even as risk of levee failure is rising. Image source: Harris County Flood Control District and Weather Underground.)

Such unprecedented rainfall totals caused city officials to warn that: “This event has the potential to exceed a 1,000 year flood plain threshold.” It’s worth noting that the Levees in Fort Bend County were designed only to manage a 100 year flood event and that the expected 59 foot crest of the Brazos River represented an 800 year flood event.

Jim Cantore
✔@JimCantore
Levees in Fort Bend county designed for 100 year flood. The 59' crest forecast for the Brazos River at Richmond is a 800 year flood via EM

But by evening, very heavy thunderstorms were running in to Houston across Galveston Bay. These storms again pummeled the city with extraordinary rainfall amounts — pushing flood thresholds still higher.

More concerning, however, is this statement from KTRK:

In addition to these neighborhoods, officials have called for a mandatory evacuation of Inverness Forest on Cypress Creek and Northwood Pines on Spring Creek as a result of potential levee failures.

Throughout the day, there have been numerous indications that these reservoirs were under serious stress as more and more water rushed downstream. As of late afternoon, water levels had risen to 105 feet in the Barker reservoir. Observers of levees at the time had already noted that water was near overtopping in some places. This tweet from Jeff Linder shows water very close to the top of the Inverness Levee. 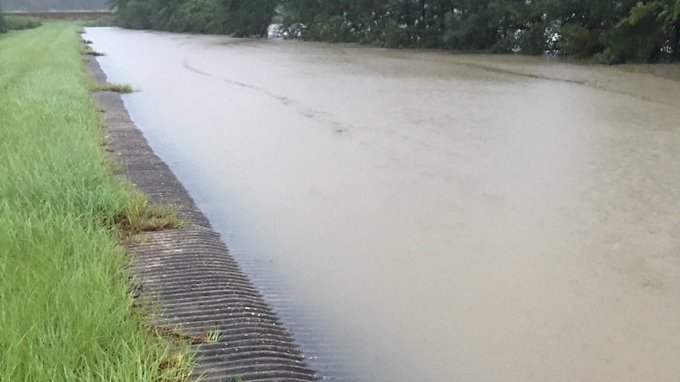 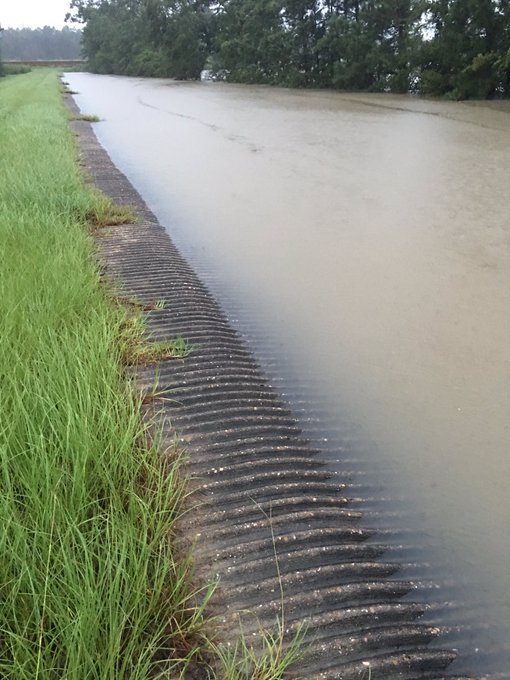 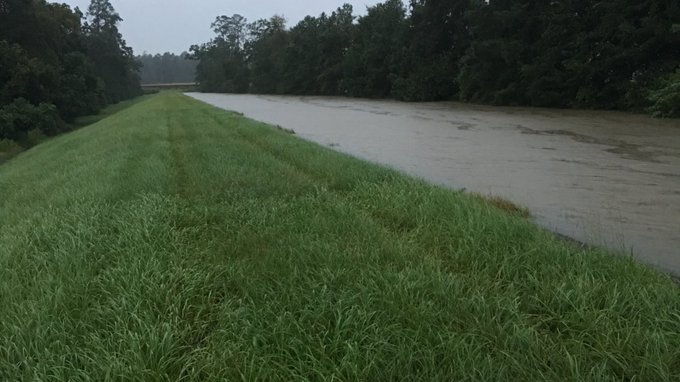 By evening, Barker had topped 108 feet with the water still rapidly rising. Meanwhile, a dam upstream in Brazos County burst at 9 PM — further adding to the torrent heading toward Houston. With imminent danger of worse floods approaching, the National Weather Service subsequently issued a very clear warning that residents in the impacted neighborhoods should evacuate before 11 PM (CDT) or risk being stranded. Such a clear warning was an indication that disaster officials expected a high risk that at least some of the impacted levees would be breached or spill over. 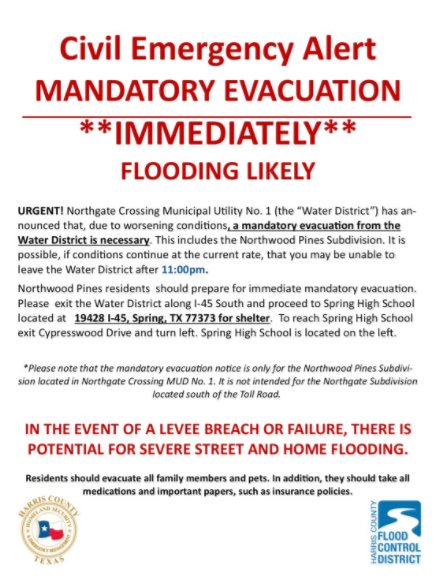 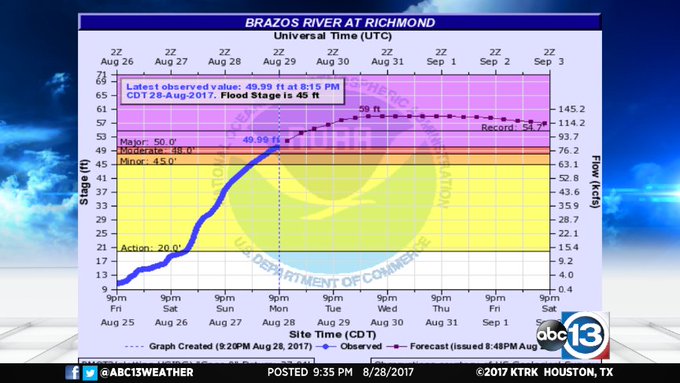 David Tillman
✔@TillmanWeather
The Brazos River is now at major flood stage. It's 4.8' from last years record & 9.0' from the forecasted crest. 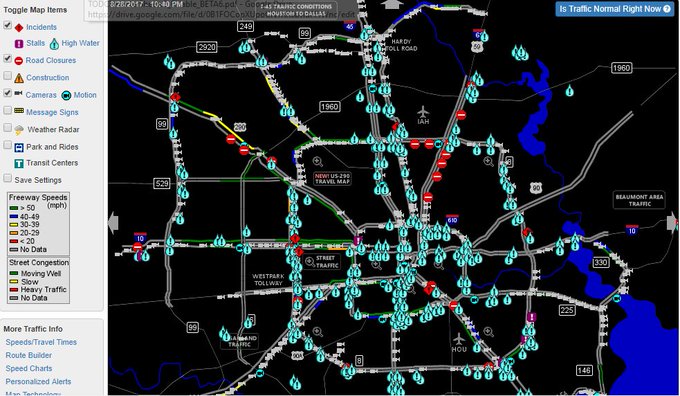 Posted by seemorerocks at 18:48