Army Corps releases water from 2 Houston dams; thousands of homes to be affected 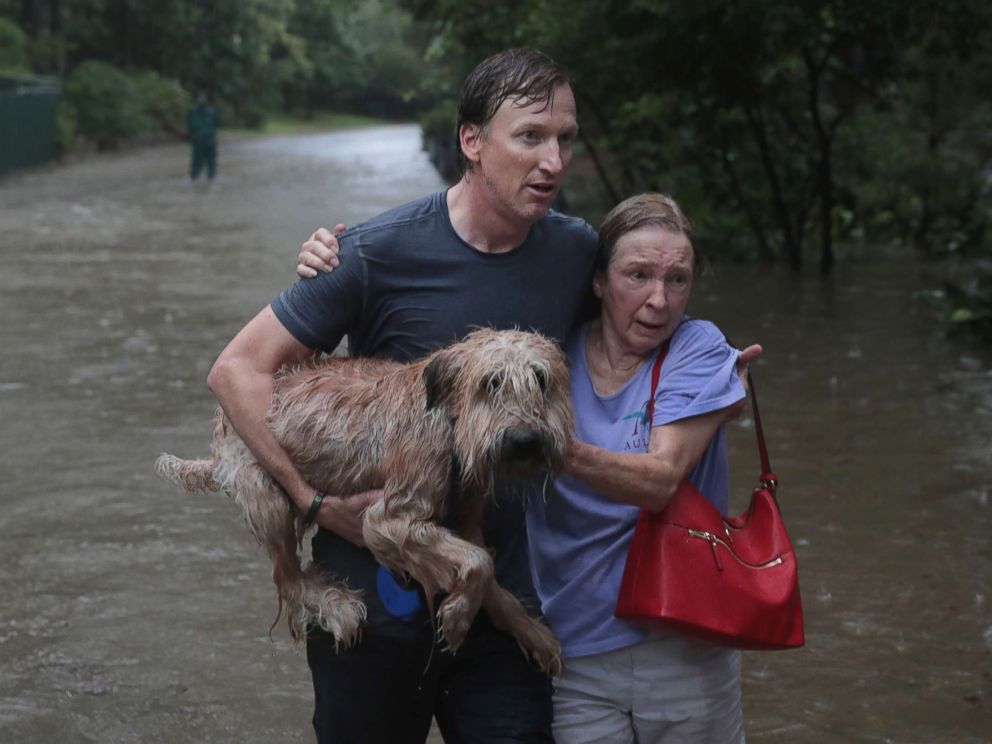 
Emergency workers began releasing water into the Buffalo Bayou from two flood-control dams in Houston on Monday — a move that could affect thousands of area residents, officials said.


The U.S. Army Corps of Engineers said it began to release water from the Addicks and Barker dams early Monday to prevent uncontrollable flooding of the Houston metropolitan area as water levels continued to rise rapidly from torrential rains released by Tropical Storm Harvey.

Engineers were forced to start the process earlier than previously announced because water levels in the reservoirs had “increased dramatically in the last few hours,” officials said early Monday, adding that the release would likely cause additional street flooding that could spill into homes.

This is the first time engineers have done this for flood control, officials said.

“If we don’t begin releasing now, the volume of uncontrolled water around the dams will be higher and have a greater impact on the surrounding communities,” Col. Lars Zetterstrom, the Corps’ Galveston district commander, said in a statement Monday.

Both dams were constructed by the federal government in the 1940s to reduce flooding along Buffalo Bayou, a narrow body of water that runs through downtown Houston. But development along the edges of the reservoirs has in recent years placed homes at risk upstream of the dams as well.

Zetterstrom did not say exactly how many residents would be affected by the move, but officials said rising water levels, even with the planned release, could affect thousands of homes along the reservoirs.

“It’s going to be better to release the water through the gates directly into Buffalo Bayou, as opposed to letting it go around the end and through additional neighborhoods and ultimately into the bayou,” Zetterstrom added.

The reservoirs are about 17 miles west of downtown Houston.

Zetterstrom said all roads in the Addicks and Barker areas will be flooded and closed for “an extended period” until the Corps can release enough water from the dams.

“Both reservoirs are rising more than half a foot per hour,” Zetterstrom said. “Residents adjacent to the reservoirs need to be vigilant because the water in the reservoirs is rising rapidly."


TexasActivates All 12,000 National Guardsmen "In Response To Harvey Devastation"

Moments ago, in response to the devastation from hurricane Harvey, Texas Governor Abbott announced he is activating the entire Texas National Guard, bringing the total number of deployed guardsman to roughly 12,000. These National Guardsman will assist in the ongoing search and rescue effort for any Texans in immediate danger, and will be heavily involved in the extensive recovery effort in the aftermath of the storm.