Polling is never a way to settle science.

However it is interesting to see that according to this poll four out of ten Amercicans appear to be more-or less in agreement with Guy McPherson in his assessment.

Nearly 4 in 10 Americans think there's a good chance climate change will cause human extinction, according to a new poll released Wednesday.

The survey from the Yale Program on Climate Change Communication found that 39 percent think the odds of global warming ending the human race are at least 50 percent.

The survey was polled 1,266 adults between May 18 and June 6 and has a margin of error of 3 percentage points.

In the meantime this article from 5 years ago is saying that we had five years to keep global warming to safe levels (whatever they are).


Now some are saying we have three years to get our act together.

These experts say we have three years to get climate change under control. And they’re the optimists

Perhaps they should prepare a headline: “Extinction came sooner than previously expected”

If fossil fuel infrastructure is not rapidly changed, the world will 'lose for ever' the chance to avoid dangerous climate change 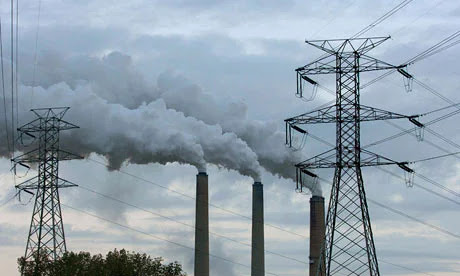 The world is likely to build so many fossil-fuelled power stations, energy-guzzling factories and inefficient buildings in the next five years that it will become impossible to hold global warming to safe levels, and the last chance of combating dangerous climate change will be "lost for ever", according to the most thorough analysis yet of world energy infrastructure.

Anything built from now on that produces carbon will do so for decades, and this "lock-in" effect will be the single factor most likely to produce irreversible climate change, the world's foremost authority on energy economics has found. If this is not rapidly changed within the next five years, the results are likely to be disastrous.

"The door is closing," Fatih Birol, chief economist at the International EnergyAgency, said. "I am very worried – if we don't change direction now on how we use energy, we will end up beyond what scientists tell us is the minimum [for safety]. The door will be closed forever."