Rome is running out of water

MILAN — Two thousand years ago, Rome could pride itself on having the world’s most advanced aqueducts, exporting the technology throughout Europe and the Middle East. Today, the city is literally running out of water — thanks in part to its crumbling infrastructure.

One-third of the city’s residents are set to have their water supply cut off for eight hours every day, possibly beginning as early as Friday; different neighborhoods will take turns in sharing the burden. It’s an unprecedented move for a major Italian city, said Giampaolo Attanasio, a public infrastructure expert at the advisory firm Ernst & Young. But it may soon be routine.

"Rome could be just the beginning. If the situation doesn’t improve, other large cities will have to ration water as well," Attanasio said in a telephone interview. "Small towns already have." 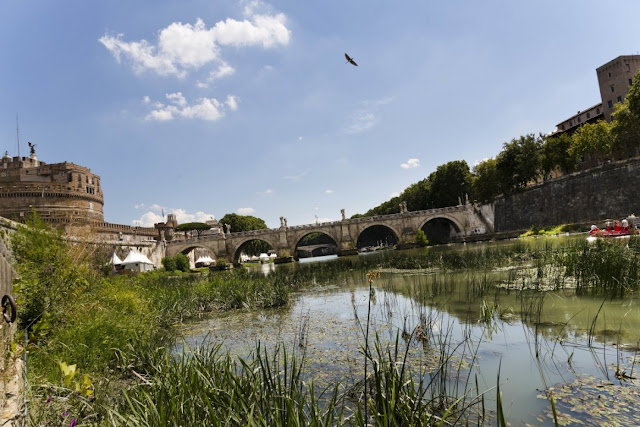 A view of the Tiber River, whose level is low due to drought, in Rome on July 26, 2017. (Domenico Stinellis/Associated Press)

The main culprit, experts say, is climate change. In 2017, Italy experienced its second-hottest spring in the past 200 years, according to a report by Italy's Institute of Atmospheric Sciences and Climate. Spring rainfall decreased by 50 percent compared with the seasonal average, the same report said, and nearby Lake Bracciano, from which the city gets part of its water supply, is drying up at an alarming rate: The water level has fallen by 1 centimeter every single day.

Under current conditions, the lake can no longer afford to send its water to Rome. Without that supply, ACEA, Rome's water company, says it will no longer be able to provide residents with water 24 hours a day.

"The situation is unbelievable," said Nicola Zingaretti, the governor of the region in which Rome sits, during an interview on Italian TV. "I’d like to invite Donald Trump here [in Bracciano] to show him what happens when one doesn’t respect climate change agreements." 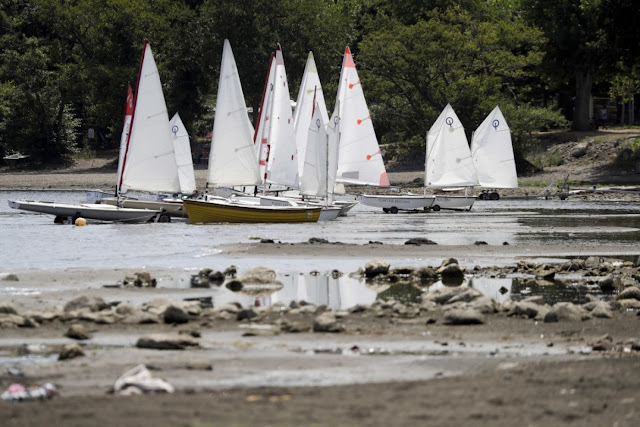 A view of the shore of Lake Bracciano, about 35 kilometers northwest of Rome, on July 27, 2017. (Andrew Medichini/Associated Press)

But while evaporation due to rising temperatures and the lack of rainfall account for 90 percent of the drop, infrastructure problems are also at work. "It’s a combination of factors: climate change is the main issue, but water uptake [from Rome] is making things worse," said Alessandro Mecali, an independent geologist working at Lake Bracciano, to The Post via telephone.

Plain and simple, Rome’s aqueduct is leaking like a sieve. Almost half of the water that passes through its system gets lost on the way — an enormous waste of precious resources, especially in times of drought.

A certain amount of water loss is common in public supply systems: The average water loss in the United States, for instance, is around 16 percent, according to the Environmental Protection Agency. But in Rome, that rate is now 44 percent. Such losses are common throughout central and southern Italy due to aging infrastructure and the lack of maintenance, according to a recent report by Utilitalia, the national association of water providers. The organization says as much as one-fourth of water pipes in Italy are more than 50 years old, and that it will take 250 years to replace the whole system at current rates.

“We had gotten to this point because [ACEA] did not invest enough in maintenance," said Paolo Carsetti, an activist for the protection of water resources. Carsetti’s organization, Forum Movimenti Acqua, opposes the privatization of water supplies and has accused private distributors of skipping over maintenance works to maximize profits.

Contacted by The Post, ACEA spokesman Massimiliano Paolucci said that repairs already began in May, when new management took over the firm. Paolucci said the company plans to have all of its 5,400 kilometers (or 3,550 miles) of pipes repaired "by the end of the year."

Repair works might help, but actually solving the problem will require replacing Rome’s aging infrastructure. Paolucci said ACEA hopes to start replacing pipes next year, but "they will take a lot of money and a long time." In the meantime, challenges from both the decaying pipes and the progression of climate change probably mean Rome's water woes won't stop any time soon.
Posted by seemorerocks at 12:59