Kim Dotcom puts out a statement on Seth Rich, aka "Panda"

There will be thousands of people disappointed in Kim Dotcom “not coming up with the goods”. Quite what they were expecting, I don’t know – a drop of docs etc that could be quickly countered by the mainstream media? 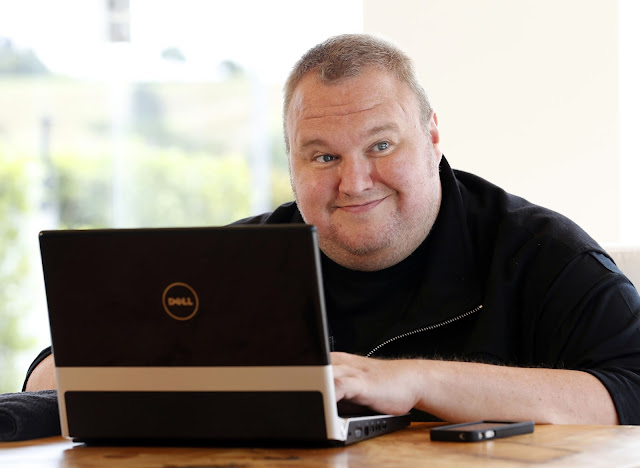 I know this because in late 2014 a person contacted me about helping me to start a branch of the Internet Party in the United States. He called himself Panda. I now know that Panda was Seth Rich.

Panda advised me that he was working on voter analytics tools and other technologies that the Internet Party may find helpful.

I communicated with Panda on a number of topics including corruption and the influence of corporate money in politics.

“He wanted to change that from the inside.”

I was referring to what I knew when I did an interview with Bloomberg in New Zealand in May 2015. In that interview I hinted that Julian Assange and Wikileaks would release information about Hillary Clinton in the upcoming election.

The Rich family has reached out to me to ask that I be sensitive to their loss in my public comments. That request is entirely reasonable.

I have consulted with my lawyers. I accept that my full statement should be provided to the authorities and I am prepared to do that so that there can be a full investigation. My lawyers will speak with the authorities regarding the proper process.

I agree pretty much with this statement from indy journalist H.A. Goodman. Kim Dotcom has done it right.

the Duran,
23 May, 2017
"Podesta is deeply concerned."
More Seth Rich news is breaking, which can only mean more bad news for the Democrats who concocted the entire Russiagate fake news story.
Kim Dotcom has confirmed via Twitter that he was working with Seth Rich to get leaked emails to WikiLeaks.

I'm meeting my legal team on Monday. I will issue a statement about #SethRich on Tuesday. Please be patient. This needs to be done properly.
5:57 AM - 21 May 2017

4Chan’s /pol/ subgroup followed up on Kim Dotcom’s tweet with their own information, noting that high-ranking current and former Democratic Party officials are terrified of the Seth Rich murder investigation.

Kim Dotcom Retweeted Sean Hannity
I knew Seth Rich. I know he was the @Wikileaks source. I was involved.
Kim Dotcom added,

I know for certain that the Seth Rich case has scared the shit out of certain high ranking current and former Democratic Party officials.

This is the reason why they have backed away from impeachment talk. They know the smoking gun is out there, and they’re terrified you will find it, because when you do it will bring the entire DNC, along with a couple of very big name politicians.

It appears that certain DNC thugs were not thorough enough when it came time to cover their tracks. Podesta saying he wanted to “make an example of the leaker” is a huge smoking gun.”

“The behavior is near open panic. To even mention this name in D.C. Circles [sic] will bring you under automatic scrutiny. To even admit that you have knowledge of this story puts you in immediate danger.

If there was no smoke there would be no fire. I have never, in my 20 years of working in D.C. Seen [sic] such a panicked reaction from anyone.

I have strong reason to believe that the smoking gun in this case is out o [sic] the hands of the conspirators, and will be discovered by anon. I know for certain that Podesta is deeply concerned. He’s been receiving anonymous calls and emails from people saying they know the truth. Same with Hillary.”

An Anon working in DC says that he's seeing people in a panic like never before about #SethRich. They know their about to be exposed.

This raises several questions. First, if Kim Dotcom knew that Seth Rich was, in fact, the WikiLeaks source, why is he just now coming forward with such information? Second, while Seth Rich may explain the DNC leaks we still don’t know who is responsible for the “Podesta Files” which we’re certain will continue to be attributed to “Russian hackers.”

Which leads to the most impotant question of all: is this all just another fake news diversion, or is there more to the Seth Rich murder?

Posted by seemorerocks at 10:27