The nonsense of George Monbiot

I used to read everything George Monbiot wrote but after he embraced nuclear power days after the Fukushima catastrophe and then disavowed Peak Oil, proving he never understood it, I have gone right off him.

Now he writes (mostly) the same tosh that the Guardian publisises.

The always incisive people at Media Lens have just done an excellent job exposing the most recent media campaign for a NATO invasion of Syria as the dangerous, sub-intelligent nonsense it is. 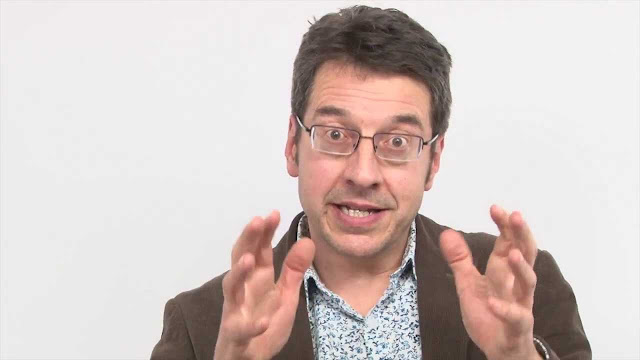 The particular focus of Media Lens’ recent piece – “An Impeachable Offence” is – deservedly – the prize nincompoop George Monbiot, who shall forever be remembered for declaiming in a cringeworthy tweet “Do those who still insist Syrian govt didn’t drop chemical weapons have any idea how much evidence they are denying?” – and then linking to a Medium article citing Eliot Higgins, aka “Brown Moses”, ex-admin for an underwear firm, as the source of incontrovertible proof!

(Note to George: don’t skim read before going public). But in case Monbiot doesn’t yet realise the depths of foolishness he has plumbed, Medla Lens reminds him and us:
GeorgeMonbiot‏ @GeorgeMonbiot
Do those who still insist Syrian govt didn't drop chemical weapons have any idea how much evidence they are denying?
7:44 PM - 13 Apr 2017

In a 2014 letter to the London Review of Books, Richard Lloyd and Ted Postol, described by the New York Times as ‘leading weapons experts’, dismissed Higgins as

a blogger who, although he has been widely quoted as an expert in the American mainstream media, has changed his facts every time new technical information has challenged his conclusion that the Syrian government must have been responsible for the sarin attack [in Ghouta, August 2013]. In addition, the claims that Higgins makes that are correct are all derived from our findings, which have been transmitted to him in numerous exchanges’

There’s no excuse for anyone of Monbiot’s public stature giving credit to the entirely discredited Higgins, whose work has been repeatedly debunked. He’s – at best – an ungifted amateur with no training and little ability, promoted by the media and government intel agencies in need of a willing patsy to push stupid claims they don’t want to author directly. Even the full backing of the Establishment can’t conceal his ineptness, which continues to be manifest every time he releases another “analysis.” His bungling attempts to use the free photo analytic programme Foto Forensics to “prove” his claims of Russian fakery were heavily criticised and described as “how not to do image analysis” by the creator of the programme.

Higgins himself doesn’t allow any such reality-based critiques to get him down. He lives happily in the media bubble created for him and believes his own nonsense. When Theodore Postol, professor emeritus of science, technology, and national-security policy at the Massachusetts Institute of Technology, challenged the claim that the Assad government had perpetrated the chemical attack on Ghouta in 2013, Higgins, unemployed office admin, apparently dismissed the criticisms as “amateurish”. Perhaps ultimately he can’t be blamed for such extremes of narcissistic delusion, but those – like Monbiot – who persist in quoting him and using his MS Paint-based “analyses” as an argument for a very dangerous war, have no such excuse.

Postol issued a very damning analysis of the recent White House claim regarding the alleged sarin attack in Idlib. As with the Ghouta incident it so closely resembles, Postol points up the numerous flaws and failures of the official position that rules Assad’s guilt beyond doubt.

But neither Monbiot nor any western journalist who happily source Higgins, appears aware of those criticisms, or the comparable sceptical analyses published by Philip Giraldi, Scott Ritter and Hans Blix. To quote Media Lens again:

Our search of the Lexis database (April 26) finds that no UK newspaper article has mentioned the words ‘Postol’ and ‘Syria’ in the last month. In our April 12 media alert, we noted that former and current UN weapons inspectors Hans Blix, Scott Ritter and Jerry Smith, as well as former CIA counterterrorism official Philip Giraldi, had all questioned the official narrative of what happened on April 4. Lexis finds these results for UK national newspapers:

Is there any better evidence that our press is not free and what we see in our feeds and on our TVs is not “news” but absolute uniform and state-generated propaganda?

Posted by seemorerocks at 14:06