Supprssion of free speech in Australia

This is the first I've heard about Mr. O'Connell He may be a holocaust denier and may even an unpleasant person but being put in jail for saying something a foreign government (or its local representatives) don't like is a very dangerous precedent.

Watch the last video. In it Brendon O'Connell describes Western Australia as a 'police state'

In general saying anything bad about the zionist state is deemed antisemitism and therefore a 'hate crime'. 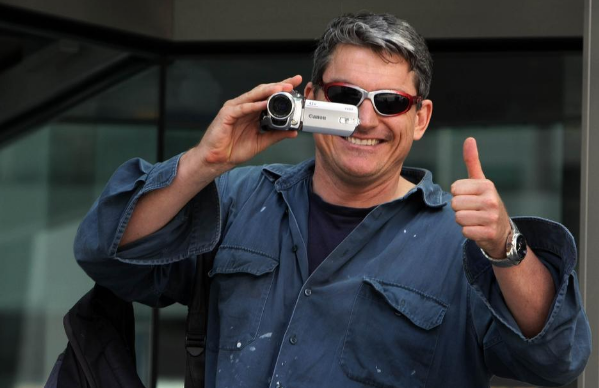 Featured Image – Australian man Brendon O’Connell in happier days – 3 years jail for denying the Holocaust and ‘insulting’ a Jewish man on the streets of Perth.
………

Perth Australia local Brendon O’Connell was handed down a 3 year jail term by a Perth magistrate court for denying the holocaust online and ‘insulting’ a Jewish man  on the streets of Perth one day by calling him a “homicidal racist”. We are unsure what the exact death toll is in Palestine so far, or Iraq, Afghanistan, Libya and Syria – or the 911 attacks for that matter – but 3 years in jail for raising the issue does seem a little over the top.

Brendon was then bashed over the head by a prison guard when he arrived in jail, fracturing his skull – presumably as a welcome message from the mafia – and upon his release found himself facing even more charges from the so called ‘Australian’ legal system, with the Israeli Ambassador even stepping in to help get him convicted again. At that point Brendon fled his homeland and sort political asylum in Iran and is currently in Malaysia.

In this first video Brendon explains his situation – and the second is the original ‘insult’ to the poor persecuted Jewish lad on the street – followed by some of Brendon’s work alleging how the Israeli State bribes and controls most Western political and legal systems these days and their Global spying network – Israel now being an IT “juggernaut” thanks to the “Intel Inside” chips in all of our computers & phones , as also alleged somewhat by our own Nicky Hager   & Greg Hallett

Brendon O’Connell’s full channel linked below – and his Paypal details for any donations – people who expose allegations of Israeli supremacy and mafia operations seem to often have their funding sources cut by the banking system, as happened to NZ author Greg Hallett.

These are Brendon’s opinions expressed below, based on his research – and we support the freedom of expression and free flow of information.