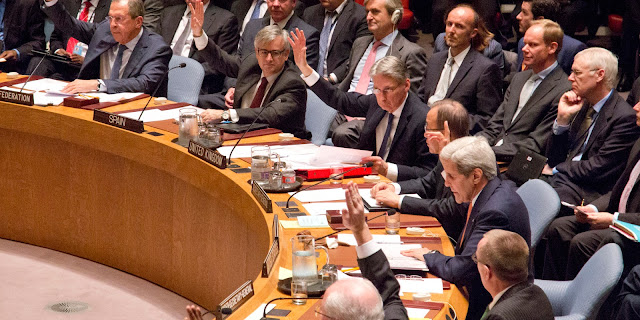 Russia on Friday warned at the United Nations that military options to address the threat from North Korea’s nuclear and ballistic programs were “completely unacceptable” and would have “catastrophic consequences.”

Russian Deputy Foreign Minister Gennady Gatilov told the Security Council that China’s proposals to restart talks with North Korea should be seriously examined and that sanctions alone would not work.

North Korea “is conducting itself in an inappropriate way,” Gatilov told the council. “At the same time, options of using force are completely unacceptable and could lead to catastrophic consequences.”

Russia along with China and the United States took part in six-party talks on North Korea’s denuclearization from 2003 to 2009, along with Japan, South Korea and Pyongyang.

The Security Council was meeting to try to agree on a global response to North Korea that the United States maintains must involve China ramping up pressure on its Pyongyang ally.

Gatilov said mounting rhetoric and “reckless muscle-flexing” over North Korea could lead to missteps that would have “frightening consequences.”

China’s proposal for a freeze on North Korea’s military programs in exchange for a halt to US-South Korea military drills are “ideas that merit serious attention,” Gatilov said.

The United States has rejected the Chinese proposal and insists that North Korea first take steps to show that it is ready to abandon its military programs.

Tillerson scolded the council for not fully enforcing sanctions against North Korea.

“Had this body fully enforced and stood behind resolutions enacted in the past, vigorously enforcing sanctions with full compliance, perhaps we would not have found ourselves confronted with the high level of tension we face today,” he told the 15-member council at the end of a meeting on North Korea.

Posted by seemorerocks at 13:43