Report: China will look the other way if America bombs North Korea

This information, which is from reliable sources makes me fairly convinced that America will indeed bomb North Korea

But forces moving past the DMZ would spark military intervention 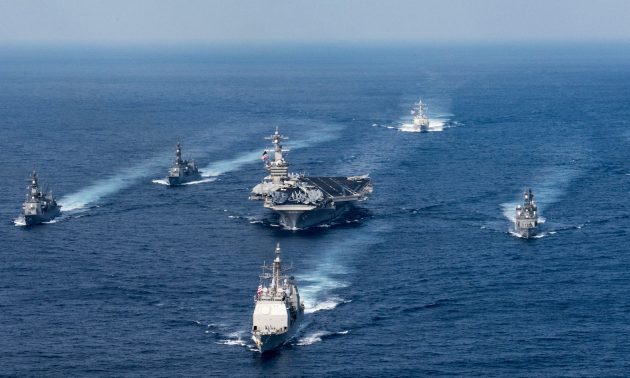 A Chinese state-run newspaper said Saturday that China would not engage militarily if the US conducted a surgical strike on North Korea’s nuclear facility, noting it would only resort to diplomatic channels to oppose such a move.

Beijing’s position was stated in an editorial in the state-run Global Times, a tabloid controlled by China’s Communist Party.
“If Pyongyang’s unwavering pursuit of its nuclear program continues and Washington launches a military attack on North Korea’s nuclear facilities as a result, Beijing should oppose the move by diplomatic channels, rather than get involved through military action,” Joongang Daily translated the editorial as saying.