North Korea claims Darwin will be site of nuclear war after more than 1,200 U.S. Marines arrive in Australia 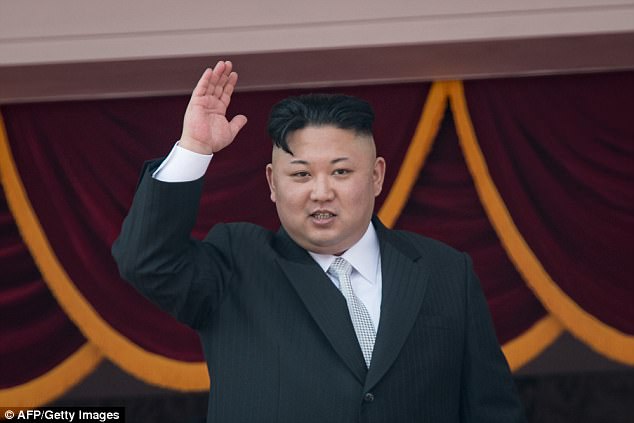 North Korea claims Darwin will be the site of a nuclear war, accusing the U.S. of using Australia to prepare for an attack on its territory.

The accusations were published in Rodong Sinmun, a newspaper of the ruling Worker's Party of North Korea that publishes state propaganda.

The newspaper claimed the U.S. was 'fanatically, crazily trying to optimise its nuclear war readiness' using the port city.

'This is the largest scale U.S. military presence in Australia after the Second World War,' the newspaper wrote on Monday.

The state mouthpiece also slammed comments by Foreign Minister Julie Bishop advocating sanctions on the totalitarian regime and calling on it abandon its nuclear weapons program.

Rodong Sinmun said Ms Bishop was 'blindly and zealously toeing the U.S. line' as she 'spouted a string of rubbish against the DPRK over its entirely just steps for self-defence'.

'It is entirely attributable to the nuclear threat escalated by the US and its anachronistic policy hostile to the DPRK that the situation on the Korean Peninsula is inching close to the brink of war in an evil cycle of increasing tensions,' it wrote.

'If Australia persists in following the US moves to isolate and stifle the DPRK and remains a shock brigade of the US master, this will be a suicidal act of coming within the range of the nuclear strike of the strategic force of the DPRK.'

The report referred to U.S. warning to North Korea as 'extreme hostiple policy' that amounted to 'nuclear threats and blackmail', and to Ms Bishop's words as a 'reckless tongue-lashing'

It was in response to the Foreign Minister saying sanctions would send 'the clearest possible message' to the regime that its behaviour would not be tolerated.

She said its threats of nuclear strikes against other nations further underlined the need for it to abandon its illegal nuclear weapons and ballistic missile programs.

'These present a grave threat to its neighbours and, if left unchecked, to the broader region including Australia,' she said.

'The North Korean government should invest in the welfare of its long-suffering citizens, rather than weapons of mass destruction.'

The Korean Central News Agency earlier claimed five million of North Korea’s youth 'are hardening their will to wipe out the enemies with the surging rages at them' and were 'waiting for the final order'.

Rodong Sinmun in another report claimed the U.S. was using 'gangster-like logic' in its military intervention in Syria and accused it of seeking to apply it to North Korea.

It said moving American warships to the region was 'pushing the situation to the brink of war' that could break out 'at any moment'.

'The U.S. connives at whatever is launched by its allies, whether it is a missle or a spy satelite but it slings mud at those launched by independent countries,' it wrote.

'It's not in any way a preparation for a conflagration on the Korean Peninsula,' he told ABC Radio, adding that the base was longstanding Australian Government policy.

'Obviously, we want to avoid any such military action and we want the North Koreans to behave as well as they can, like reasonable, international citizens.

'That means ending their missile testing and not preparing for a nuclear war with either the United States, Japan, South Korea or anyone else for that matter.'


Mr Pyne insisted North Korea didn't yet have the capability to put a nuclear warhead on a ballistic missile that would reach Australia.
Posted by seemorerocks at 19:21