Is war in Korea postponed?


Is this correct? Alexander Mercouris has been spectacularly wrong recently. My own feeling is we will avoid nuclear war but the Americans will strike the nuclear plant.The Chinese have given indication they might look the other way 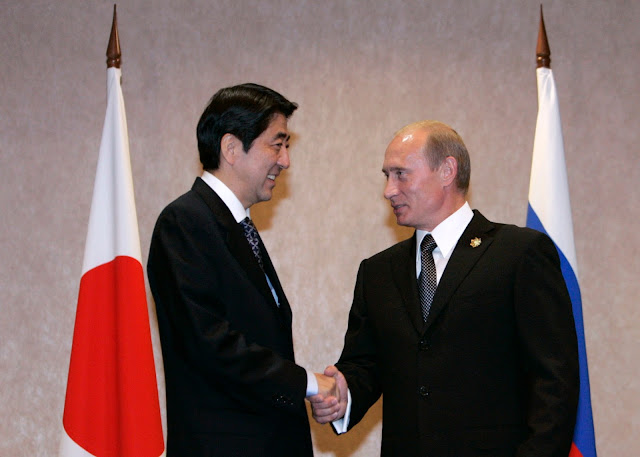 Visit of Japan's Prime Minister Shinzo Abe to Moscow suggests that war in the Korean Peninsula is unlikely.

Japanese Prime Minister Shinzo Abe has confirmed he is flying to Moscow to meet with Russian President Putin on 27th April 2017.

This visit is not connected to the North Korean crisis. Abe was floating the possibility of a summit with Putin in Moscow on 27th and 28th April 2017 as long ago as the end of March. Rather the visit should be seen as part of Abe’s ongoing effort to achieve a rapprochement between Japan and Russia.

The fact that Abe is travelling to Moscow at this time however shows that he at least does not expect war to break out in the Korean Peninsula over the next few days.

This is important because to the extent that any world leader is being kept informed by President Trump of his plans, that leader is Prime Minister Abe. Not only are Japanese warships now confirmed to be joining the Carl Vinson’s battle-fleet, giving the Japanese naval command and by extension the Japanese government inside knowledge of its moves, but President Trump has been careful to keep Prime Minister Abe updated, and is known to have had a telephone conversation with him on Sunday.

That makes it even more likely that the threats and bluster coming out of the Trump administration over the last few days are more empty bluff.