Escalation on Korea peninsula leading up to Senate meeting

The entire U.S. Senate has been invited to the White House for a briefing Wednesday on the North Korea situation, amid escalating tensions over the country’s missile tests and bellicose rhetoric. 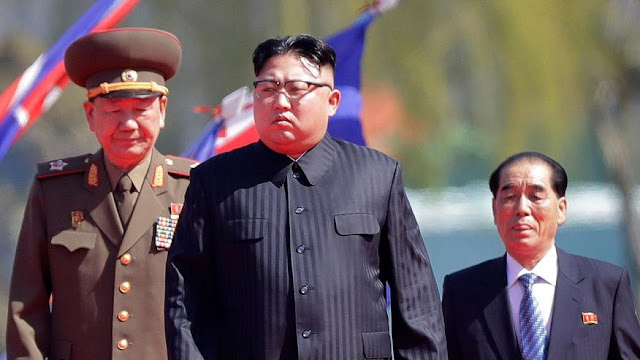 It is rare for the entire Senate to be invited to such a briefing.

Spicer clarified that while the event will take place on the White House campus, it is technically a Senate briefing and Majority Leader Mitch McConnell, R-Ky., is the one who convened it.

The briefing, first reported by Reuters, was confirmed after President Trump earlier spoke to the leaders of both China and Japan.

Trump and Abe agreed to urge North Korea to refrain from provocative actions.

Meanwhile, U.S. commercial satellite images indicated increased activity around North Korea’s nuclear test site, while Kim has said that the country’s preparation for an ICBM launch is in its “final stage.”

South Korea’s Defense Ministry has said the North appears ready to conduct such "strategic provocations" at any time. South Korean Acting Prime Minister Hwang Kyo-ahn has instructed his military to strengthen its "immediate response posture" in case North Korea does something significant on the April 25 anniversary of its military. North Korea often marks significant dates by displaying military capability.

On Monday, Trump also had lunch with ambassadors of countries on the U.N. Security Council. Ahead of the meeting, Trump called for “big reforms” at the U.N. and criticizing its handling of recent events in Syria and North Korea – but said it has “tremendous potential.”

"You just don't see the United Nations, like, solving conflicts. I think that's going to start happening now," he said.

Top Trump administration officials will brief all 100 senators next week about North Korea's provocative behavior, according to guidance sent to lawmakers Friday.

Secretary of State Rex Tillerson, Secretary of Defense James Mattis, Chairman of the Joint Chiefs of Staff Joe Dunford and Director of National Intelligence Dan Coats will meet with senators at the White House on Wednesday to bring them up to speed on North Korea and U.S. policy toward the isolated nation.
The briefing had been originally scheduled to occur at the Senate, but instead senators must go to the White House, according to a notice sent to Capitol Hill.

No congressional staffers will be allowed in the members' briefing.

In addition to discussing North Korea's belligerent behavior, lawmakers are also likely to question the administration on its response.

White House officials had said earlier this month that the United States was quickly sending an aircraft carrier to the region after a North Korean missile test, but later backtracked after the carrier was spotted thousands of miles away from its expected location near North Korea 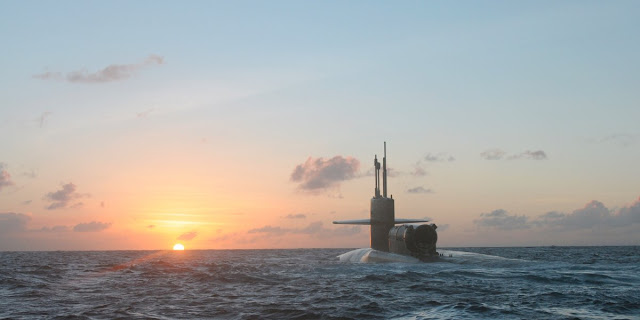 SEALs and divers from SEAL Delivery Vehicle Team (SDVT) 1 swim back to the guided-missile submarine USS Michigan (SSGN 727) during an exercise for certification on SEAL delivery vehicle operations in the southern Pacific Ocean.

The Michigan, which is armed with more than 150 Tomahawks, should arrive in the area on Tuesday, the same day that North Korea will commemorate the 85th anniversary of the founding of its army. The Vinson is also expected to be in the area sometime this week.

Some North Korea watchers speculate that the Kim regime may use this occasion to test a nuclear device, which experts say they could do at any time.

North Korean media has already reacted harshly to the Vinson’s deployment, calling it “an extremely dangerous act by those who plan a nuclear war to invade,” adding that “what’s only laid for aggressors is dead bodies.”

North Korea is the only country to have tested nuclear weapons in the 21st century, and such a step would be seen as a major provocation to US forces in the area and South Koreans, who have placed their military on high alert. North Korea fields a single, antiquated submarine, showed off an advanced submarine-launched ballistic missile at a recent military parade.

US President Donald Trump and Chinese President Xi Jinping spoke on the phone about North Korea’s “continued belligerence” on Monday. The White House plans to host all members of the Senate for a briefing on North Korea on Wednesday. 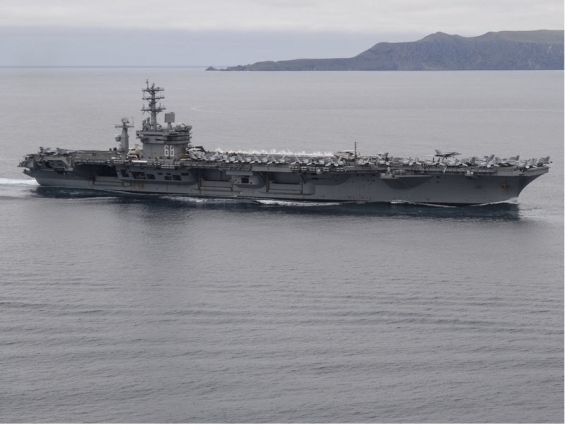 A nuclear-powered U.S. submarine is to arrive at the South Korean port city of Busan on Tuesday, the same day North Korea is expected to commemorate the 85th anniversary of the founding of the Korean People's Army.

The USS Michigan, the second Ohio-class nuclear-powered guided missile submarine in the U.S. Navy, is to make a visit to South Korea to send a strong message of warning to Pyongyang.

The U.S. supercarrier Carl Vinson is also expected to arrive near the peninsula this week, a move that is being met with threats from North Korea.

"Our revolutionary forces are combat-ready to sink a U.S. nuclear-powered aircraft carrier with a single strike," the North Korean Rodong Sinmun stated in an editorial.

A South Korean military official who spoke anonymously said the Michigan will receive a hull inspection upon arrival at Busan port, then leave for training exercises in waters near the Korean peninsula.

According to a second source who spoke to the Donga, the submarine will join the Carl Vinson strike group and carry out surveillance missions.

It is also likely the submarine will conduct exercises with the South Korean navy, the source said.

The Michigan has a displacement of more than 18,000 tons when submerged and, at 560 feet long and 42 feet wide, is one of the largest submarines in the world.

It can travel at speeds of 29 miles per hour and can stay submerged for up to three months.

The submarine is equipped with about 150 Tomahawk missiles that can hit targets up to 990 miles away, plus four torpedo tubes (2 front, 2 rear) and can carry out a range of missions including anti-submarine warfare and reconnaissance.

UN to Have "Ministerial Level" Meeting Friday about Korea

US Secretary of State Rex Tillerson will Chair a Ministerial-level meeting of the United Nations this coming Friday. The topic of the meeting will be the Denuclearization of the Korean Peninsula.

U.S. Ambassador Nikki Haley made the announcement Monday, saying the April 28 meeting will be an important follow-up to this weekend's talks between President Donald Trump and China's President Xi Jinping at the U.S. leader's resort in Palm Beach, Florida.

Trump said ahead of the meeting that China has great influence over North Korea and he wants Xi to help the U.S. denuclearize the reclusive northeast Asian nation. If the Chinese leader won't, Trump said he can handle the problem without Beijing.

Haley, the Security Council president this month, said the focus of the April 28 meeting will depend a lot on the outcome of the Xi-Trump talks.

"We all hope ... that we see some real partnership and working together," Haley said.