Any doubts about where the fascist government of Australia stands. 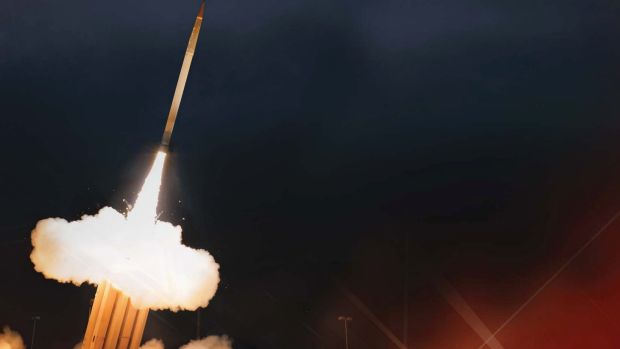 Rising tensions with North Korea underscore the need for Australia to "get much more serious" about amassing a missile defence system that could protect overseas forces and ultimately the mainland, a former national security adviser says.

Andrew Shearer, a leading defence specialist who worked for former prime ministers Tony Abbott and John Howard, is one of several experts who told Fairfax Media that Australia needed to consider missile defence to counter rapid advances in ballistic missile technology that are increasing in range and accuracy.

A system that protects the Australian continent would cost billions of dollars. While missile defence has come a long way since the days of former US president Ronald Reagan's Star Wars scheme, intercepting long-range, intercontinental ballistic missiles remains a major technical challenge.

But Mr Shearer, who is based at the Washington-based Centre for Strategic and International Studies, told Fairfax Media: "The problem is that North Korean – and Chinese – missile development has been accelerating very rapidly, particularly over the past few years, to the extent it has often taken western analysts by surprise.

"The cumulative effective of these capabilities is to increase the missile threat to ADF forces deployed forward in the [Asia] region – whether independently or as part of an allied coalition – but also, over time, to reduce Australia's strategic depth and put Australian and allied forces operating from rear bases on the mainland at greater risk. The latter is a new threat but one that will become very real over the next decade."

He said that Australia therefore had to "get much more serious, potentially quite quickly given the looming North Korea threat, about missile defence for deployed forces".

In the longer run, defence planners needed to examine systems "to defend the continent against the new and growing threat posed by long-range ballistic missiles that could be used to strike or intimidate future Australian governments".

Such a move would see Australia join an elite group of nations with a missile defence system, including France, the United Kingdom, Japan, Israel and Russia.

North Korea last week warned that Australia's support for the US "will be a suicidal act of coming within the range of the nuclear strike", though it does not yet have the technology to deliver a nuclear weapon to Australia.

Mr Shearer and others said Australia could upgrade the navy's coming Air Warfare Destroyers so that their Aegis combat system could fire SM-3 missiles to intercept missiles.

He said ultimately Australia needed to consider systems akin to Terminal High Altitude Area Defence – or THAAD – system being deployed in South Korea or the US PAC-3 Patriot system.

Australia and the US have formed a working group to consider an integrated air and missile defence system but Australia's priorities for that are defending forces deployed in the region.

Malcolm Davis, a senior analyst at the Australian Strategic Policy Institute, said: "I don't think it's acceptable for us to do nothing. We do have to play a more serious role in this discussion rather than say it's too hard and the risks don't generate sufficient impetus to do something about it."

He said the best value for money would be sea-based systems that could protect deployed forces but also help allies and partners such as Japan and South Korea.

If a missile-equipped ship is placed close enough to the launch site of an ICBM, it can shoot it down in early in flight though this is difficult, he said.

ASPI's executive director Peter Jennings said Australia should "now more decisively move in the direction" of sea-based missile defence to defend troops and allies in Asia because the "the missile threat is becoming so ubiquitous".

But he said it was "less logical" to use to try and protect the whole of Australia.

"You'd spend billions basically equipping systems across the country that would be probably way too expensive given the realistic level of the threat."

Stephan Fruehling from the Australian National University said Australia should look to provide a contribution to allies and partners through asset it already had such as the Air Warfare Destroyer and Wedgetail radar plane rather than establish whole new systems against long-range missiles.

Global tensions over the North Korea threat remain high. The US on Wednesday started moving parts of its THAAD anti-missile defence system into South Korea to counter threats from the rogue neighbouring state.

The planned site is about 250 kilometres south of Seoul and is expected to be operational by the end of the year.