Whatever you think of Alex Jones and Roger Stone (and I’m no fan) this is serious. Clearly some of Stone’s enemies are not just leftie- hippy peaceniks. 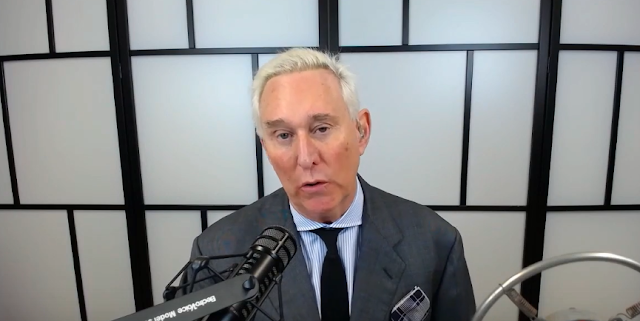 “I am generally a healthy person. I have been a runner and a weight lifter. I am very careful in my diet. I’m a user of the Infowars supplements. I have been treated with acupuncture by perhaps the greatest acupuncturist in the state of Florida if not the United States,” Stone told radio host Alex Jones.
Stone went on to describe that his symptoms presented themselves first as a “routine stomach virus,” but that he eventually grew “exceedingly ill.”
“So I ultimately went to the doctors at Mt. Sinai hospital in Miami Beach, my own personal physician. They conducted extensive blood tests. Those blood tests were passed on to CDC.”
“The general consensus is that I was poisoned,” Stone says.
“I was poisoned with, they now say, a substance that may have been polonium or had the characteristics of polonium. This made me exceedingly ill. The conjecture of all the doctors was that I did not receive a large enough dose to kill me, but I have never been this ill.”
Polonium is a radioactive substance that releases extremely harmful alpha particles throughout the body producing cancer-causing free radicals. It has been used in numerous high profile assassinations, including that of former KGB spy Alexander Litvinenko, and was suspected in the death of former PLO leader Yassar Arafat.
Stone went on to contemplate who may have been behind the possible assassination attempt, fingering Democrat opposition and the intel community.
“Who would want to do this to me? I am an enemy of the deep state. I think people know that I was an insider in American politics I was close to power in nine presidential elections. Everything Glenn Greenwald says [about the “deep state”] is true,” Stone claimed, referring to a recent The Intercept article which outlined how the intelligence community is attempting to stifle Trump.


“Perhaps the fact that I’m effective on behalf of my beliefs has something to do with it,” Stone theorizes.