The Saker on the Russian parliamentary elections

Elections to the Russian Duma in 2016: relevant or a waste of time and money? 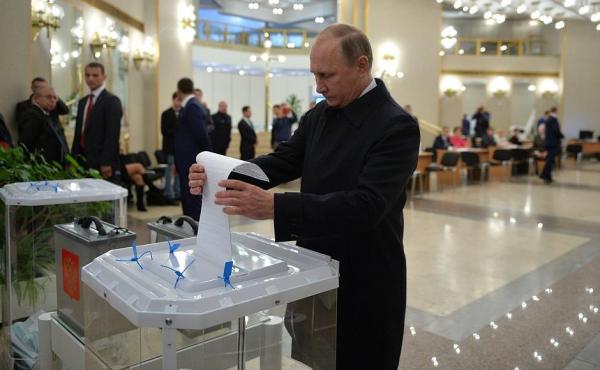 This article was written for the Unz Review:http://www.unz.com/tsaker/elections-to-the-russian-duma-in-2016/

Judging by the reactions in the western corporate media, the 2016 elections to the Russian Duma are basically a non-event: evil Putin kept his “grip on power”, all the parties in the Duma are basically under his control and no real opposition was allowed to emerge. Even in Russia, there are some who agree, but for different reasons. They say that everybody knew that United Russia (the party of Putin and Medvedev) would win no matter what and that the entire election was therefore a rather boring event. Actually, there is some truth in all of the above, but this also completely misses the point.
Problem number one: Russia ain’t Switzerland
The single most important thing to understand about Russia is that she is not a western or European country. If the Ukie nationalists like to say that “the Ukraine is Europe”, then I would paraphrase them and say that “Russia is Asia” (the Ukies agree with that, by the way). This is not quite true, in reality Russia is Russia, but it is much closer to the truth than most observers care to admit. In the case of elections, for example, Russia is much more like Japan: she has that mandatory external veneer of democracy, but in reality, the Russian people’s attitude to authority and power is much more similar to the attitude of the Japanese: they understand that the real power and authority in Russia (or Japan) does not really depend on election results and that the real centers of power in these countries are either vested in individuals (such as Putin or the Emperor), or in informal groups of people (state security and business people in Russia, old families and industrialists in Japan).
That does not make elections irrelevant, however, far from it. They are, in fact, a key way to get a sense of what the public opinion and, depending on the outcome, they can send a very powerful message to those who “have ears to hear”.
Problem number two: the real opposition in Russia is not in the Duma, it is in the Kremlin

There is a lot of truth to the accusation that the Duma is just a rubber-stamping club and that all of the parties which made it into the Duma (United Russia, Communists, Liberal Democrats and Fair Russia) are pro-Putin. They are! But that misses the point. The real point is that while United Russia is generally pro-Putin and pro-Medvedev, the other three are very strongly anti-Medvedev, anti-Russian government and, especially, anti-the economic-financial ministers of the Medvedev government. The truth is, the real opposition to Putin is precisely that, the economic-financial ministers of the Medvedev government and all the factions which they represent: bankers, IMF-drones, corrupt businessmen from the 1990s who hate Putin because he does not allow them to steal like in the past, all the ex-Nomenklatura and their kids who made a killing in the 1990s and whose heart is in the West, the Atlantic Integrationists à la Kudrin who are basically “Washington consensus types” and who hate the Russian people for voting for Putin. That is the real opposition and that opposition is far more dangerous than the US and NATO combined. And for that opposition the result of the elections are a crushing defeat. Why?
Because besides the hyper-official “power party” United Russia, all the other parties in the Duma are far more anti-capitalist and anti-American than Putin. For the Empire, “United Russia” is as good as it will ever get. Any alternative will be far, far worse.
As for the overtly pro-US political parties (like PARNAS or Iabloko), they barely got 3% together, way less than the minimum of 5% (for each party) that they needed to get into the Duma. This basically confirm what I always said: there are no real pro-US forces in Russia, none.
What does this all mean? Simple:
The Russian people got a rubber-stamping Duma, which is exactly what they wanted!
Maybe this is not great in terms of “democracy”, but in terms of real “people power” this is a fantastic result.
What about the turnout? Does the roughly 48% (provisional figure) participation indicate that the boycott proclaimed by some liberals worked? Hardly. For one thing, this level of participation is actually pretty good, ssimilar to what Swiss parliamentary elections typically score. Furthermore, a lot of United Russia voters were so sure of their overwhelming victory that they did not even bother to vote. Had they shown up the United Russia score would have been even bigger.
What about fraud? Yes, there were instances, but since the new system makes it possible to for every citizen to monitor every single polling station live, they were rapidly caught and dealt with. To its great chagrin, even the OSCE had to give these elections a “mixed review” which in plain English translates into “oh shit, we ain’t got nothing!”.
Conclusions:
These elections were a huge personal victory for Vladimir Putin. Conversely, they are a major faceplant for the Atlantic Integrationists and the AngloZionist Empire. This was also the ultimate proof that the idiotic western plan to destabilize Putin by means of economic sanctions has had the exact opposite effect, thank you: the Russians have circled their wagons around their President and the mood in Russia is one of extreme resolve.
There is one risk for Putin here, but it is minor. The electoral system in Russia means that while the United Russia party got something in the range of 54% of the votes, it will take 238 343 seats out of 450, giving it a comfortable absolute majority. Some observers say that if things do not go well and if the economic crisis does not get better, the Kremlin (both Putin and Medvedev) will not be able to blame it all on the Duma. This is true, but this is also no big deal. First, both Putin and Medvedev can always blame the West for everything even when, like in the case of the frankly idiotic economic policies of the Russian government, even if, in reality, it is the Russian government which is entirely responsible for the crisis and when the West’s sanctions are having only a minor effect on the situation. But far more relevantly, United Russia is not really-really Putin’s party. His *real* party is not a party at all, but rather a movement, theAll-Russia People’s Front or “ONF” (I described that organization and its role here). Should things get really tough or should the Atlantic Integrationists try to overthrow Putin during, say, an extraordinary United Russia Congress, Putin would just have to turn the ONF into a regular political party, blame the 5thcolumn for the attempt at regime change and crack down on his opponents with the full support of the Russian people.
The truth is simple: Putin personally and the interests he represents have never been more powerful than today. The overwhelming majority of the Russian people are fully behind the Kremlin and the writing on the wall for the Empire is simple: “Lasciate ogne speranza, voi ch’intrate”!
The Saker