Tornado - first since 1954 - signals freak downpour, opening craters in roads which swallow up cars.
By The Siberian Times reporter 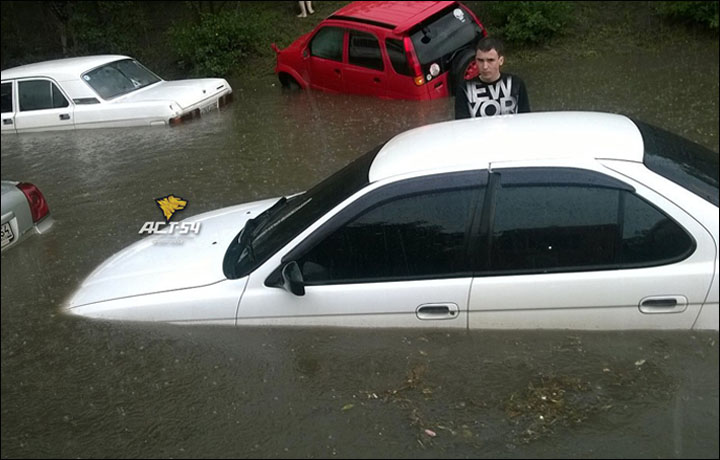 The sudden storm caused flooding in Novosibirsk's metro stations, city centre streets and shops - while the water opened cracks in asphalt large enough for vehicles to fall into. A waterfall was spotted close to the central railway station, a major stopover on the Trans-Siberian Railway.

A rare tornado seen over Burmaistrovo village - the first in Novosibirsk region in more than 60 years, but the third in Siberia in two weeks - preceded the flash flooding in and around the city with a 1.51 population, the third largest in Russia. No injuries were reported from this rare phenomenon. 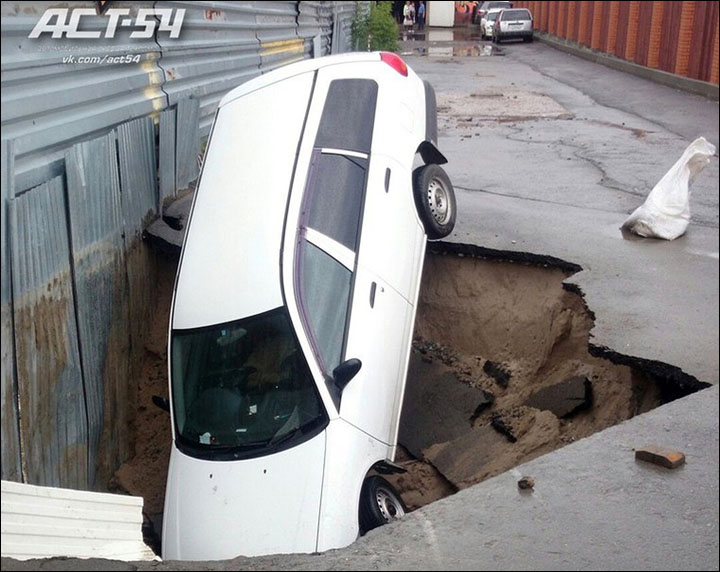 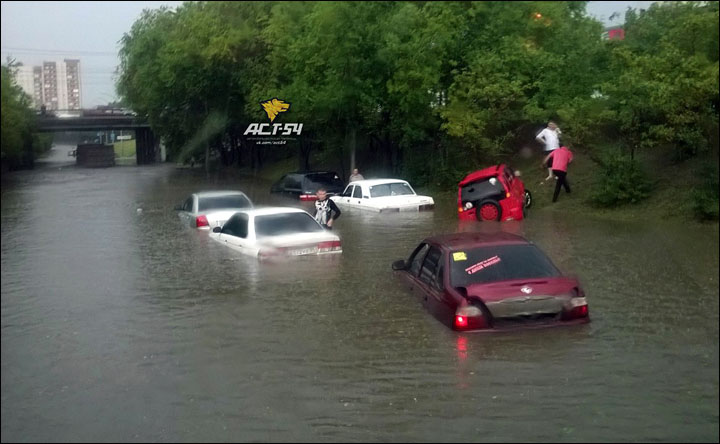 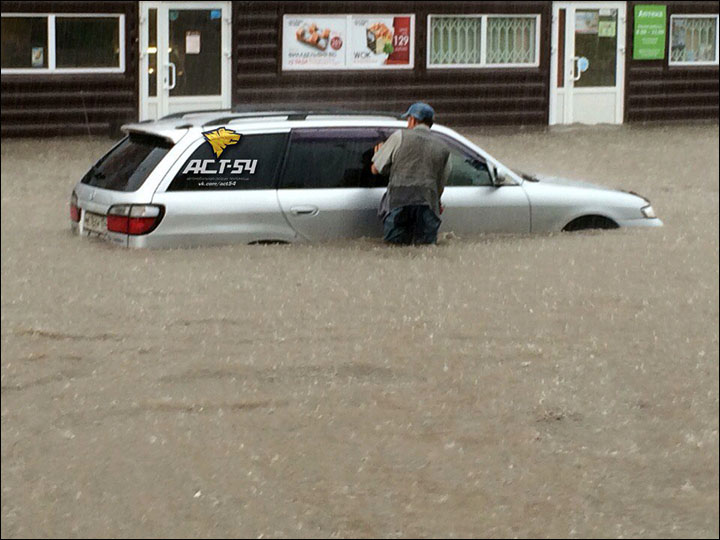 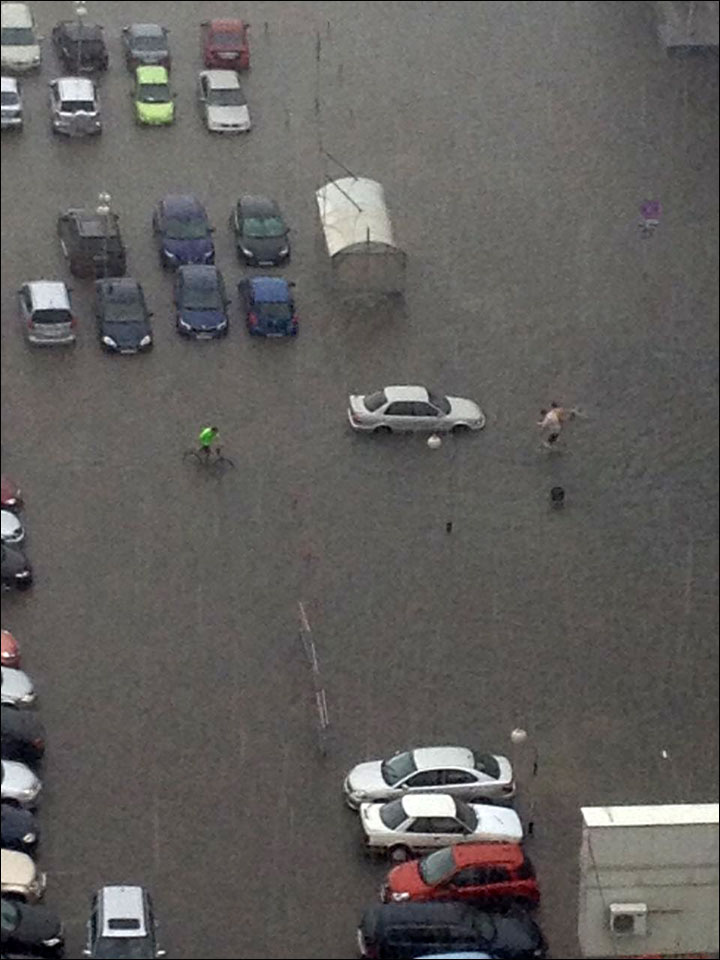 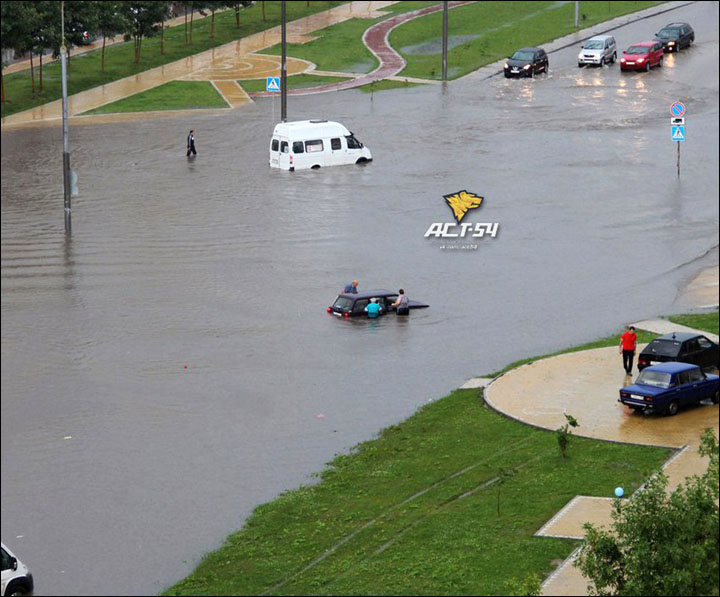 'One picked up a milkmaid and a tractor with a driver inside. Miraculously, the same tornado carefully 'put' them down so that they were not even hurt.'

In the storm that followed Monday's tornado, cars fell into suddenly-opening gaping crevices close to Sibirsky Mall in Koshurnikova Street and Zhilina Street in the central district of Novosibirsk, and holes also appeared on the outskirts of the city. 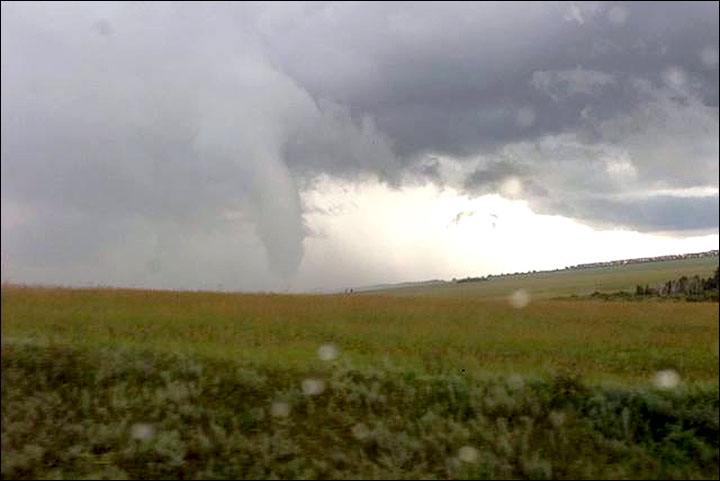 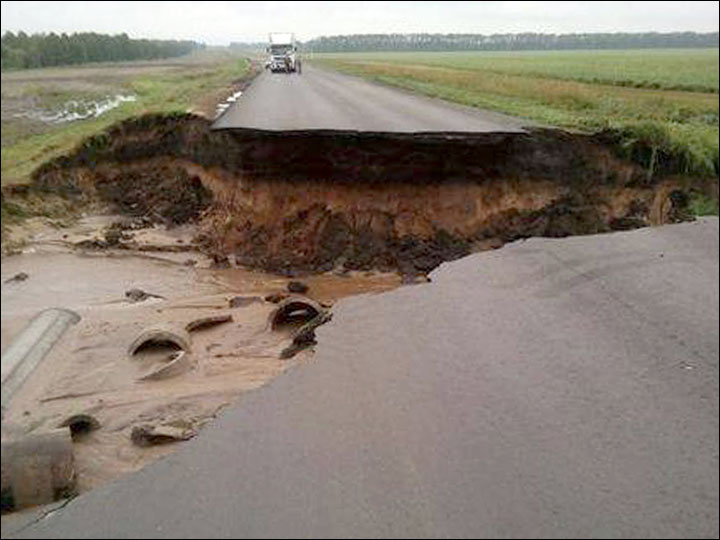 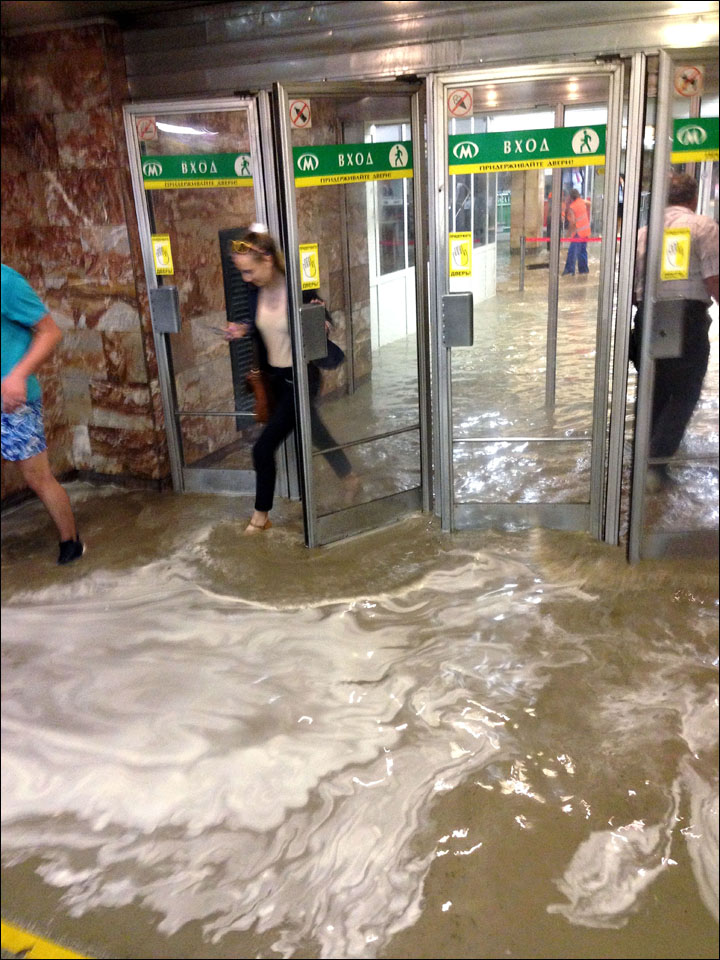 Freak July weather in Siberia. Pictures here and below: AST54, NGS
A key compounding factor were malfunctioning or non-existent storm drainage ducts. '16 mm of precipitation occurred in 36 minutes at Uchebnaya meteorological station,' said Renad Yagudin, press secretary of the West Siberian Hydrometeocentre. 'Obviously, this is a very strong rain'.
Several meteorological stations in Tomsk and Kemerovo regions reported the strongest rains in 30 years.
Experts disagree as to whether global warming is a cause of what many locals see as significant weather changes. 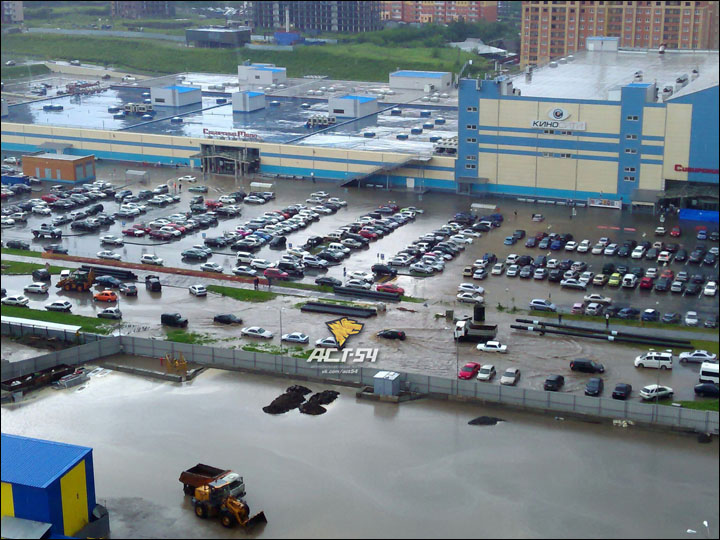 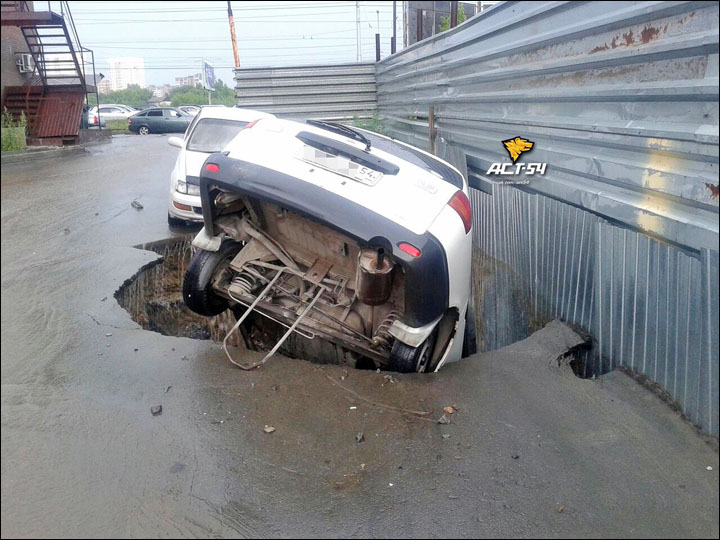 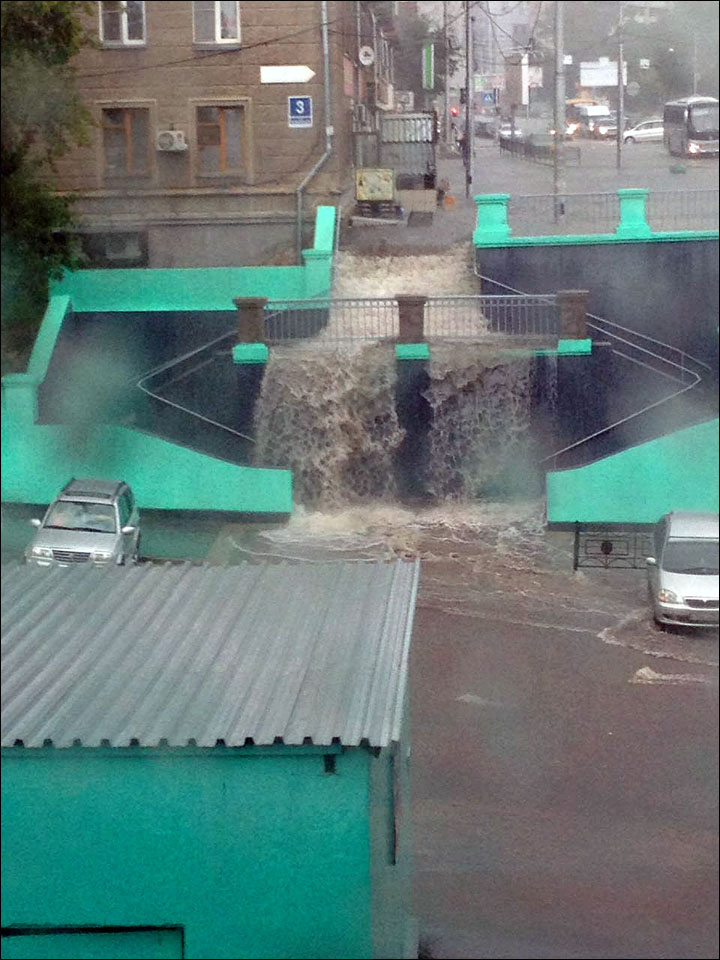