By rights we should have pitchforks and blood in the streets, but we don't. Why are Kiwis so quiescent? 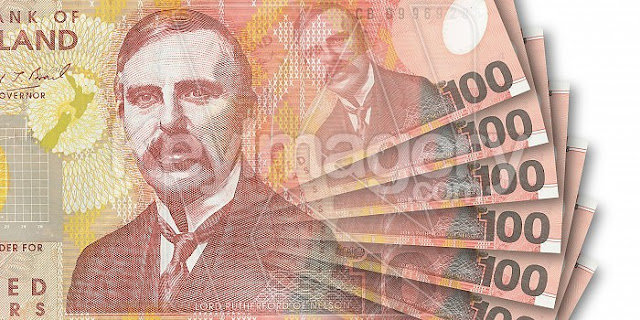 Wealth in New Zealand is the most unevenly distributed it has been in over a decade, but the government is downplaying the latest figures, saying household wealth is consistent with figures over the past 20 to 30 years.

Opposition parties, however, say the government needs to make fixing inequality a priority.

In its latest survey of household wealth, Statistics New Zealand found the country's richest individuals - those in the top 10 percent - held 60 percent of all wealth by the end of July 2015. Between 2003 and 2010, those individuals had held 55 percent.

The richest 10 percent of households held half of New Zealand's wealth, while the poorest 40 percent held just 3 percent of total wealth. "Every time we see a new statistic on inequality, whether it's in terms of income, opportunities or wealth, it shows very clearly that New Zealand is being ripped apart by our class system.''

The figures showed housing was the country's main source of debt and wealth.
Institute of Governance and Policy Studies research associate Max Rashbrooke said there were certain risks associated with that.

"That tells you that most people don't have much of a wealth stake to borrow against or ride out the tough times. I think that tells you how precarious it is to live in New Zealand at the moment.''

Mr Eaqub said no single policy would fix the divide between the haves and the have-nots.

"We shouldn't fool ourselves into thinking there is a simple solution or fix to these things. We've been working with these conditions for the last 30 years, anything that we shift is going to be pretty big and long-term, these are intergenerational investments.''

Prime Minister John Key told reporters the figures were consistent over the past 20 to 30 years and were similar to when the Labour government was in office.

"It's not surprising it's getting a little bit more that way because, in reality, better-off New Zealanders will own assets, particularly houses, and those house prices are rising and that's what will be driving that.''

The figures showed the average household was worth $289,000, and the most valuable asset they owned was the house they lived in.

Three in five New Zealand households living in their own home had a mortgage, with a median mortgage value of $172,000.

Mr Key said the government wanted to make sure those that were less well-off could also afford homes.

"While of course the top end own a lot more assets because of their capacity to save, there are very heavy levels of redistribution in New Zealand.

"So if you earn under $60,000 and have a couple of children, in all probability you'll pay no tax and get significant Working For Families payments in New Zealand.''

Labour Party finance spokesperson Grant Robertson said inequality was getting worse and the government should be prioritising policies to deal with it.

Ensuring people could afford to buy their own homes needed to be prioritised, Mr Robertson said.

"Asset inequality is one of the biggest issues that we've got here. We need to see wages lift, there's interventions that government and employers can do and we've got to improve our productivity as a nation - but all of it should be premised on giving people a fair go.'

"The ramifications of inequality have become clear in recent days in the Brexit vote and also in the way the US presidential primaries have played out.

"One of the consequences of inequality is that it creates a large group of disenfranchised people who feel forgotten and alienated. They then become easy targets for peddlers of fear and hate."

Inequality was worse in New Zealand than the UK, Australia and Canada, Mr Robertson said.

"The big driver in asset inequality is the family home. National's inability to solve the housing crisis is locking a generation out of home ownership."

"It is much harder for non-Pākehā people to grow their wealth during their life when they are saddled with debt liabilities that cut away such a huge proportion of their current wealth."

The median student loan debt for Pākehā was the equivalent of one 10th of their median assets but, for Māori, it was equivalent to a quarter - and, for Pacific people, a third, Ms Riggs said.

Across ethnic groups, New Zealanders of European descent were the wealthiest, with an individual median net worth of $114,000.

Overall, New Zealanders' individual net worth increased with age, with those aged 15 to 24 having the lowest median net worth of $1000, while those in the over 65 bracket had the highest - $288,000.

Most young people had not yet accumulated assets, but did have debt, the most common being student loans.