As if to confirm the latest climate news we have this.

I can attest from where I’m sitting (in Wellington, NZ) to the ‘death of winter’.

Widespread fog is disrupting travel in and out of Auckland Airport this morning.
Fog restrictions at the airport were lifted a short time ago but reinstated an hour later when fog rolled in again.
An airport spokesman said approximately 19 domestic flights from Auckland Airport have now been cancelled and 13 have been delayed, because of fog. Five international flights left later than scheduled.
Passengers are advised to check flight arrivals and departures on the Auckland Airport website or phone app, and to expect delays.
Auckland Transport is advising motorists to maintain a safe driving distance on the roads.
The main trunk routes to Wellington, Christchurch, Dunedin and Queenstown had not been affected by the fog.

The Auckland Sky Tower, emerges for the fog which blanketed Auckland this morning. Photo / Brett Phibbs


The fog come a day after Auckland suffered its wettest June hour ever recorded. 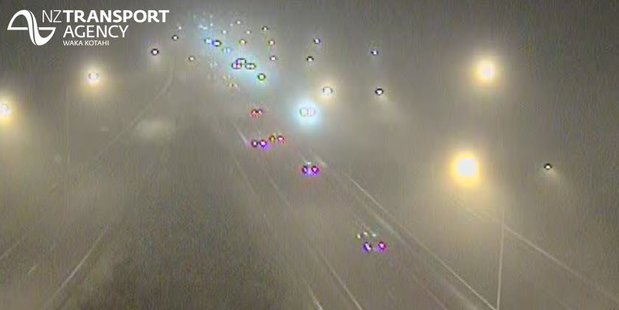 Motorists were warned to take care as fog blanketed the motorway this morning. Photo / NZTA


The downpour left motorists stranded in their cars, workers
Between 1pm and 2pm, Niwa's Mangere weather station recorded 25.4mm of rain. The deluge was part of a miserable afternoon of rain that caused havoc on roads across Auckland until showers cleared about 4pm as the weather system moved towards Bay of Plenty.

At Pukekohe, a police officer helped a disabled girl and her mother who were caught in a flooded car.
Constable Graham Eddy said: "When I arrived the water was up to the windscreen and the woman driver and her daughter were still in there, so I just took it upon myself to offer them assistance I guess." The pair in the car had to stand on its seats as the water rose and the girl became distressed. She was carried to safety by the woman's partner, who arrived as the drama unfolded. Flooding in Onehunga yesterday after torrential rain. Photo / Supplied
Fire Service spokesman Jaron Philips said 100 calls were received from Te Atatu Peninsula to Tuakau for flooding-related incidents.
"It was fierce and fast moving," he said. "It was quite busy for us, but not at the worst end of the scale of what we have seen."
In Pukekohe, three people were rescued from a car caught in water on Subway Rd. In Waller St, Onehunga, a worker was trapped upstairs in a factory after the exit downstairs was flooded. "Waves" of floodwaters washed through on Beachcroft Ave.
The Dress Smart mall carpark was flooded, and residents beside the Onehunga Bay Lagoon had calf-deep water in their yards.
Small creeks rose swiftly and photos were posted to social media of gardens and streets swamped by muddy waters. Matipo Primary School in Te Atatu is expected to remain closed today after water got into buildings. Onehunga Bay Lagoon, literally. Photo / Stefania Sarnecki
WeatherWatch analyst Philip Duncan said the localised rain was a result of subtropic air feeding the usual winter rain clouds.
"There was 100 per cent humidity, the rain clouds were quite literally forming over Auckland as the slow-moving band of rain was fed by the subtropics."
He predicted more heavy rain events throughout July, with one forecast on Sunday.
- NZ Herald