This article is from October last year but worthwhile reading, especially for the photos. You can see what a peat fire looks like. 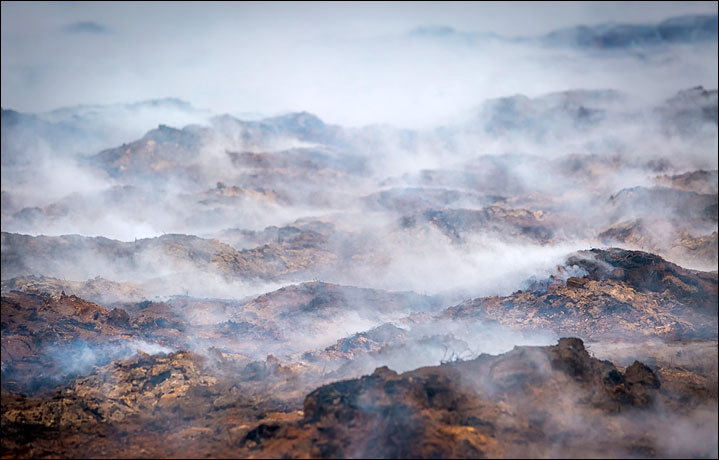 'Right now, thousands of hectares of peat are burning in the Kabansky district of Buryatia.' Picture: Anna Шogorodnik

Greenpeace used a meeting with President Vladimir Putin to launch a scathing attack on regional officials over the failure of stem the summer wildfires, and alleged that they underreport the affected areas by up to 40 times. The warning came as volunteers are fighting peat fires burning in the Republic of Buryatia in Siberia after a scorching hot summer.

The onslaught came from Sergey Tsyplenkov, executive director of Greenpeace Russia, during a session of the Council for Civil Society Institutions and Human Rights. 'Since 2010, there was not one year when the fire danger season did not turn into a catastrophe,' he told the president. 'Right now, thousands of hectares of peat are burning in the Kabansky district of Buryatia.'

He was highly critical about the situation in Buryatia, a region on the shore of Lake Baikal, which has faced an unprecedented challenge from wildfires, which some scientists blame on global warming.

'In Buryatia, the authorities did not react in time to the sharp deterioration of the fire situation -and persistently underestimated area of fire,' he said. They failed to deploy the necessary fire fighting manpower and equipment, he alleged. 'The area of fires was undercounted up to 40 times.' 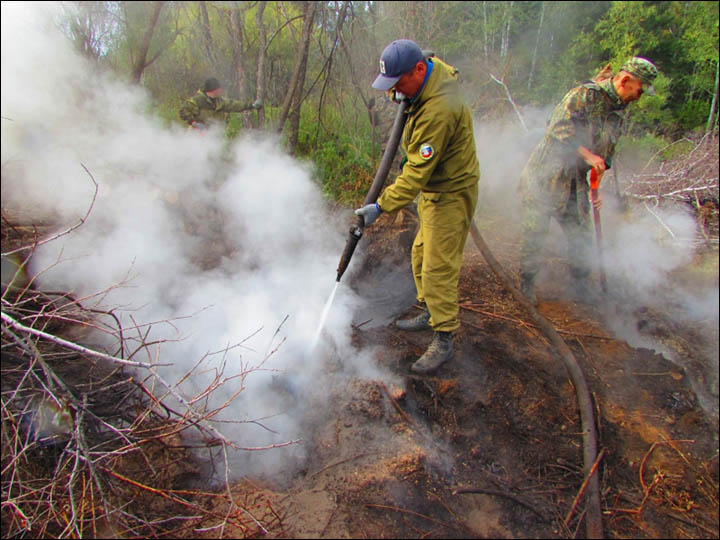 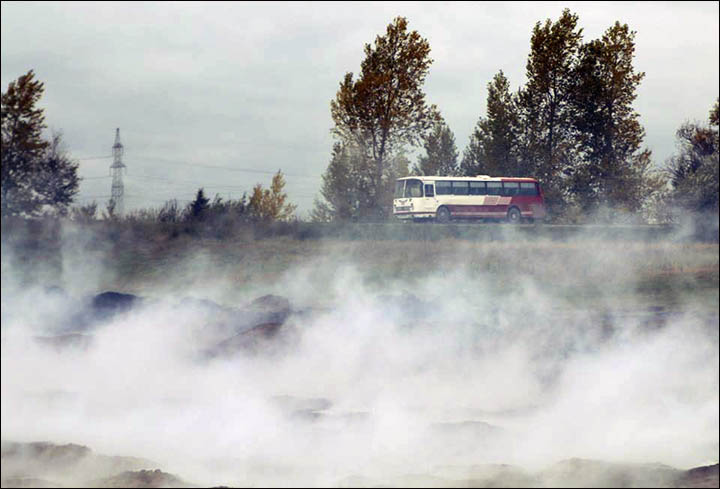 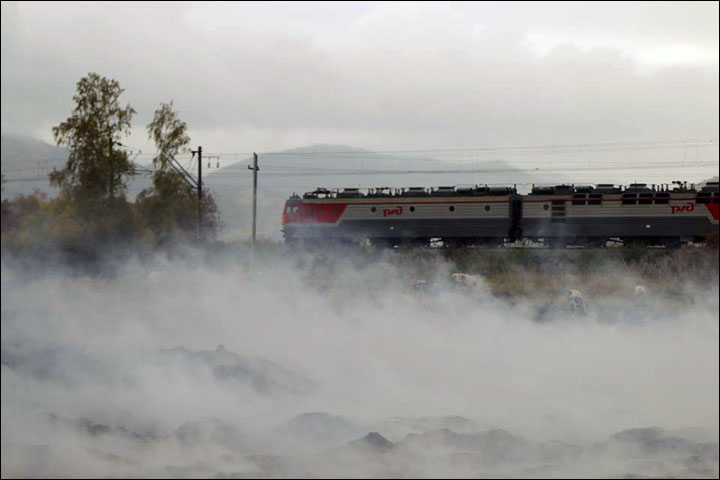 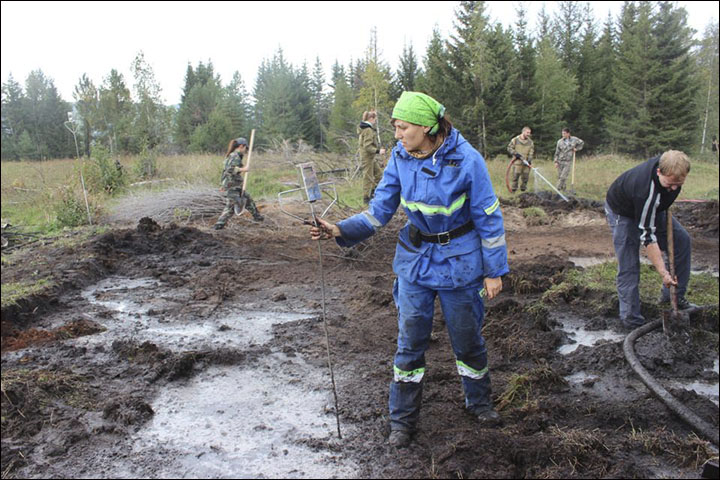 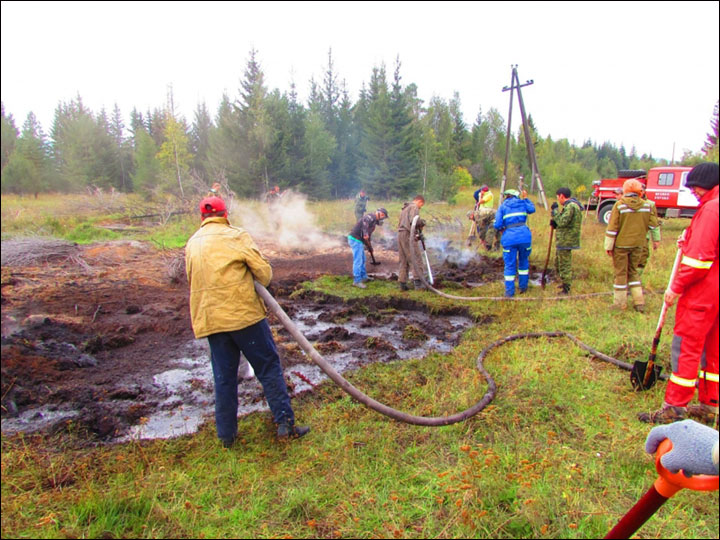 Previously Greenpeace has claimed satellite images showed between 1.2 million and 1.5 million hectares on fire this summer in Buryatia and neighbouring Irkutsk region. Officials statistics by region were 597,000 hectares and 374,000 hectares respectively. He also said the Emergency Situations Ministry failed to abide by agreements with regions.

'Fire extinguishing mostly involves volunteers,' he said. One Buryatian official said around 1,400 hectares of peat were ablaze this week, an increase on last year when 400 hectares were extinguished.

Andrei, a resident of Kamensk, said: 'Every day we go to our dacha there is a lot of smoke moving towards the village and further to Ulan-Ude.' He warned of the threat to road and rail links.

Nikolai Yuganovich, from Kabansk, said: 'Every now and then when the wind is blowing from there, we have lots of smoke. We can't even open a window during summer. I don't know if they're extinguishing anything, they put it on paper but you can't really see them extinguishing. It's been burning pretty bad over the past two years. We're talking to everyone we can, but there aren't too many changes. There are no results.'

Yevgeny, a resident of Kabansk, expressed fears for children's health and said: 'People who drive on M55 highway say there is no visibility. The fire is close to the highway and railway. A true threat to life. Wires have burnt out.' 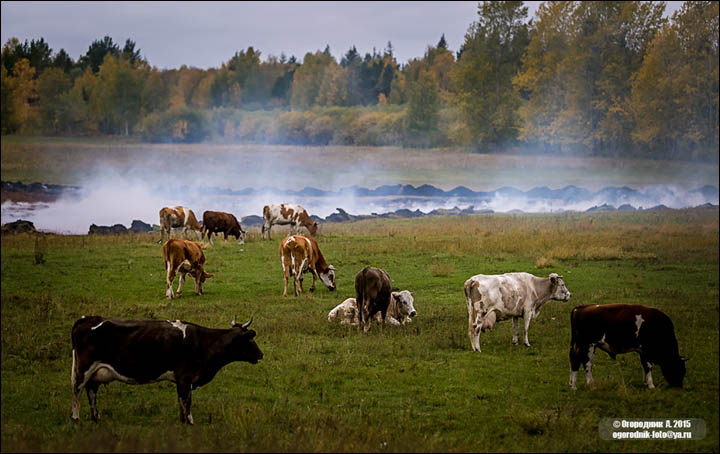 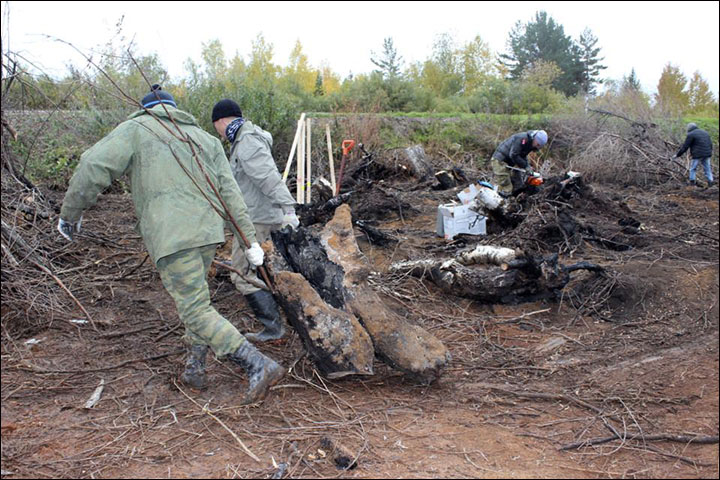 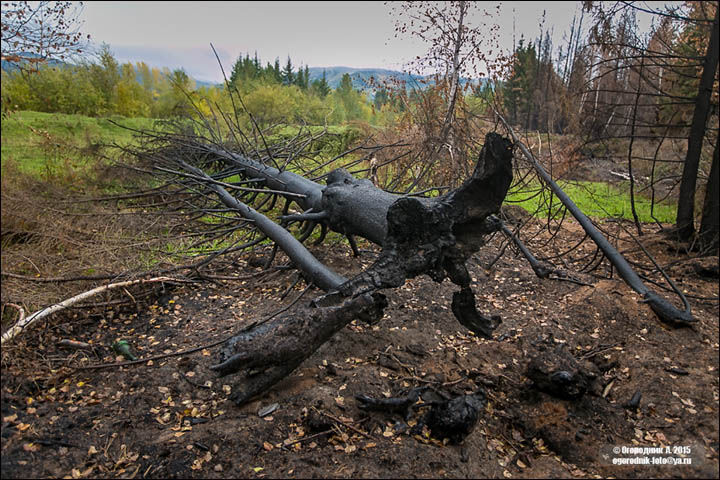 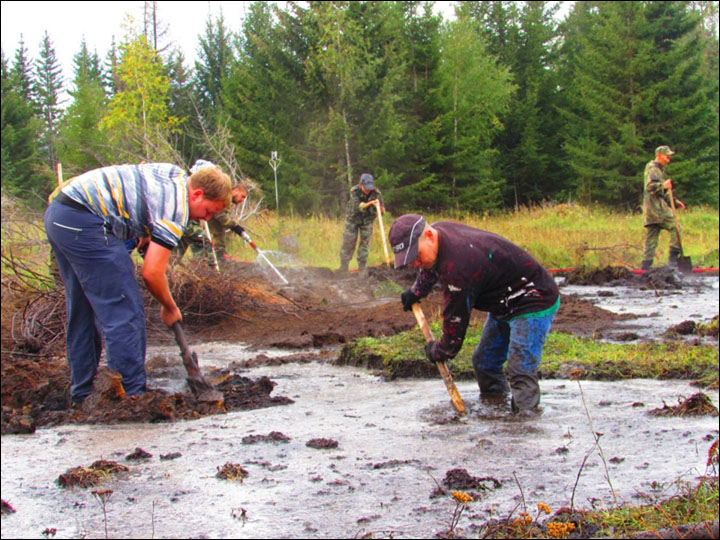 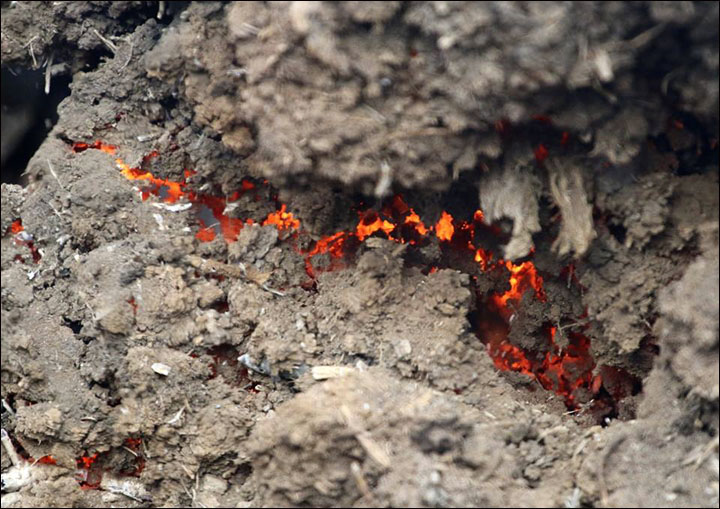 'Everyone was tired and wanted to get home as soon as possible. My throat was sore, eyes were painful. And I'm quite healthy, travel across Buryatia all the time, but how have these people been living for two years in this hell? How can they keep living like this? What about pregnant women, elderly, children?'

Ministry of Emergency responds that they begin to help only when there is a threat to settlements and people. Spokeswoman Radna Podprugina said they act 'when fire comes close to residential areas and industrial facilities. In line with federal legislation, our responsibility is to extinguish fire in residential areas, including forests in residential areas.'

On 3 October volunteers from Ulan-Ude plan the next expedition to extinguish burning peat in Kabansk district.