“Whatever happened to normal weather? Earth has always experienced epic storms, debilitating drought, and biblical floods. But lately it seems the treadmill of disruptive weather has been set to fast-forward.”

*****
Robertscribbler,
29 May, 2016
A cold, unstable air mass aloft. A record atmospheric moisture load due to human-caused climate change. Add in 80 degree or warmer surface temperatures and these three ingredients can spark some seriously epic thunderstorms. Such was the case across Europe today as towering thunderheads exploded into the skies, raining more than 330,000 bolts of lightning down upon the continent.

(Extreme lightning strikes in excess of 330,000 impacts were recorded over the course of 8 hours on Friday. The strikes resulted in numerous extreme weather related casualty events across Europe. Image source: Simon Cardy.)

The blasts of nature’s fury hammered a wide region stretching from Portugal through France and the UK, into the Alps, Italy, Germany and Denmark and on through Southwestern Poland. A rash that has injured dozens across Europe resulting in at least one death.
In Poland, a mountain hiker lost his life to one strike. Three more people were injured by lightning in the same region. A nearby flash flood related to the storms also resulted in a drowning.


In Germany, a bolt from the blue sky — likely coming from a towering storm in the area — injured 30 people at a soccer field. Three were listed as seriously injured including the referee who had to be revived in the helicopter en-route to the hospital.

In Paris, 8 children and 3 adults were struck by lightning in the midst of a birthday celebration at a park in northwest Paris. As the thunderstorm rolled in, children sheltered under a nearby tree whose higher branches attracted a lightning strike. According to a report from The Guardian, one child from this group remained in serious condition.

A widespread storm outbreak of this kind generating such a high number of lightning strikes and related casualties in a single day is not a normal event for the European Continent. That said, this type of event is likely to become more frequent due to a greenhouse gas related warming of our world.

(Lightning strikes are expected to increase as a result of global warming according to a 2014 study in Science.)

Added atmospheric moisture content — which increases by about 7 to 8 percent per degree Celsius of global temperature rise — generates more storm clouds with higher tops. These clouds, in turn, produce an increase in the number of overall lightning strikes. According to a Science study published during 2014, lightning strikes are expected to increase by 50 percent in the United States alone due to the human-forced warming of our world. Europe, which sits between numerous unstable air masses — the Arctic Ocean air mass to the north, the Greenland air mass to the northwest, and the rapidly changing North Atlantic air mass — is likely to see ramping climate instability even as overall atmospheric moisture levels and storm-generating potentials increase.

Cars are seen in a flooded street in Schwäbisch Gmünd, Baden-Württemberg, southern Germany after heavy rains hit the country on May 29, 2016. © Jonas Heilgeist / AFP

Violent weather killed three people in the southwestern German state of Baden-Wurttemberg, a spokesperson for the region’s interior ministry said

Grⓐcilitarsus‏@Iteration23
RIP to the #SchwaebischGmuend fireman who died trying to save a #flooding victim :(
2:25 PM - 30 May 2016

Separately, a 60-year-old man drowned in a Weissbach underground car park after it filled with rainwater, according to Reuters 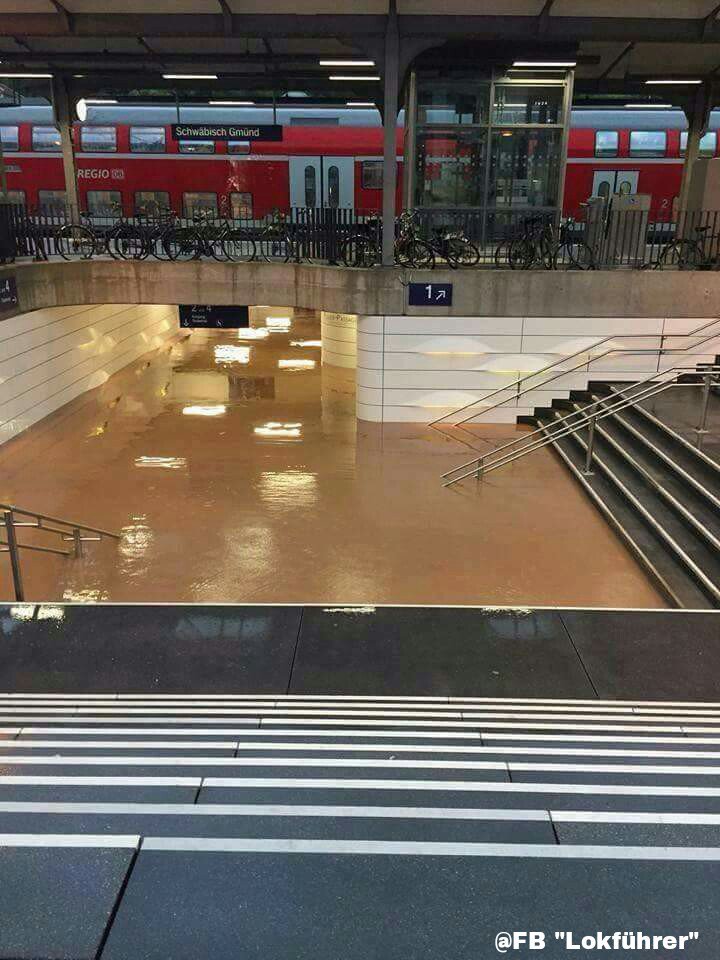 Footage released of the severe weather from the town of Braunsbach showed mudslides, toppled trees and damaged cars floating in the water.

The force of the water was seen pushing several cars ‘downstream’, including a firetruck which still has its lights flashing.


In Schwaebisch Hall, similar images captured on camera show the devastation of the rains from Sunday.

Dozens of vehicles were reportedly submerged while stranded motorists had to be rescued by emergency services across the region, Deutsche Welle reported.

Amazing shelf cloud and storm structure on the QLCS near Bayern 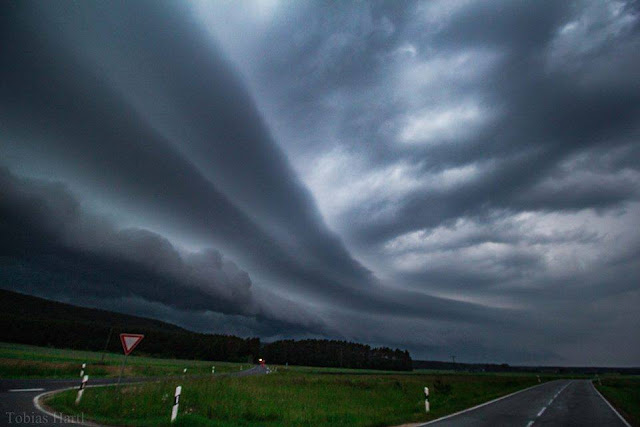 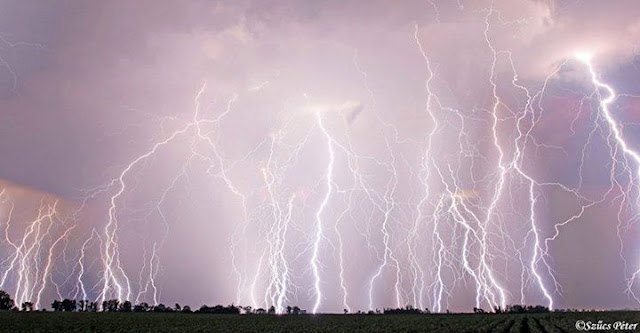 380.636 lightning strikes were detected the past 24h across Europe with a peak of 800 strikes per minute. 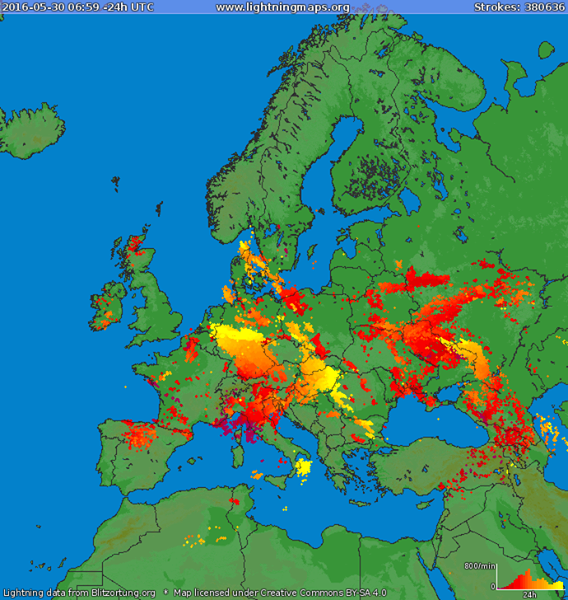