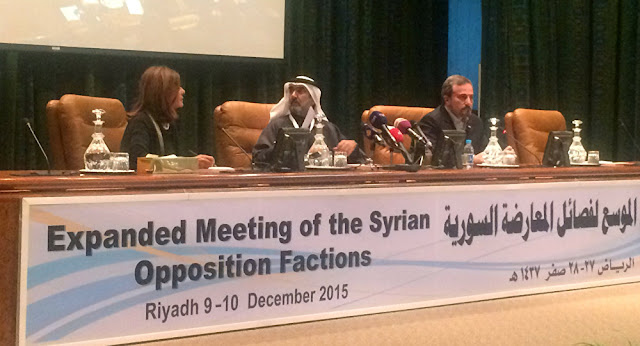 Representative of the Syrian opposition that participated in the Astana talks on the Syrian reconciliation, called on the international community to disqualify Saudi Arabia from mediating settlement of the Syrian conflict, according to a letter of the so-called Astana Initiative's Executive Committee obtained by Sputnik on Saturday.

MOSCOW (Sputnik) — More than 70 representatives of the Syrian opposition gathered in Kazakhstan's capital Astana twice in 2015 — in May and October.

"Saudi Arabia’s attitude since the start of the conflict and the fact that Saudi authorities have raised tensions between communities and encouraged the emergence of groups of extremist fighters should disqualify them from taking part in negotiations that will lead to peace in Syria," the letter sent to US Special Envoy for Syria, UN Special Envoy for Syria Staffan de Mistura and the Russian Foreign Ministry reads.

The committee added that Saudi Arabia had not followed the agreements reached by international negotiators in Vienna in November since participants of the opposition conference recently held in Riyadh were "selected under obscure conditions."

"We also want to stress the importance and necessity of including all representatives of the Syrian opposition standing against terrorism in any negotiations over the future of Syria on equal footing, without arbitrary exclusions, and without conferring special status on any political group."

Earlier this month, the UN Security Council adopted a resolution on Syrian settlement, which reaffirmed the goals of the Vienna agreements to bring the entire spectrum of the political groups in the crisis-torn country to the negotiating table and stated that the next round of the UN-sponsored intra-Syrian talks would take place in January, 2016.

On December 8, opposition groups from Syria gathered in Riyadh, Saudi Arabia. Two days later, they formed a 32-member council tasked with choosing 15 delegates to represent the Syrian opposition during talks with Damascus.

Commenting on the results of the talks in Saudi Arabia, the Russian Foreign Ministry said that Moscow did not agree with the position that the Riyadh conference participants represent the entire Syrian opposition. 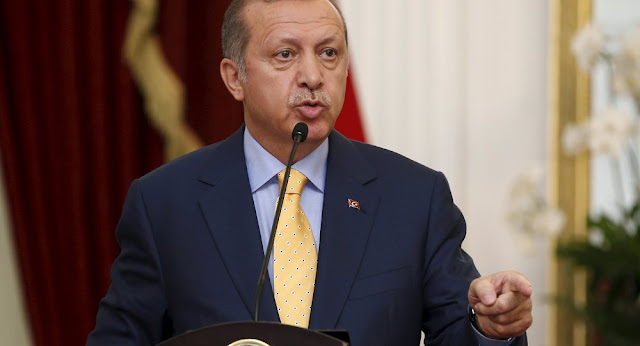 Turkey's government refused the invitation to join the center set up in Baghdad to exchange intelligence on terrorists that pose a threat to the region, the Turkish president said in an interview on Saturday.

Turkish President Recep Tayyip Erdogan has told al-Arabiya television that his government refuses to cooperate with the intelligence center set up in Baghdad by the governments of Iraq, Iran, Syria and Russia to exchange information on the Daesh terrorist group.
"Syria, Iran, Iraq and Russia have formed a quartet of allies and asked Turkey to join them, but I told President Putin that I can't sit next to a President (Assad) whose legitimacy raises doubts," Erdogan told the interviewer.

In September it emerged that Iraq, Iran, Syria and Russia had set up the information center in Baghdad to collect and analyze intelligence on Daesh and other militant Islamic groups in the Middle East. The center is run by military representatives from each country, who will each head the center on a three month rotational basis.

The Turkish president was also asked about the incursion of a 25 tank battalion and around 150 Turkish troops into northern Iraq at the beginning of December. The Iraqi government demanded the immediate withdrawal of the troops and complained to the UN Security Council about the military action, which it called a violation of Iraq's sovereignty.

Erdogan replied that the Turkish forces are there at the request of the Iraqi government.

"When ISIS (Daesh) entered Iraq, the Iraqis asked us to help, and we said we were ready to do so. We asked them to find a place to establish our base, and they did. Everything began in March last year, and in March we were allocated the area of Bashiqa," said the Turkish president, who began to withdraw some of the troops on December 14.

On Thursday the Arab League condemned Turkey's deployment of its armed forces in northern Iraq.

"The council denounces the Turkish military incursion into Iraq as an aggression against Iraqi sovereignty and a threat to the Arab national security," stated the Arab League following an emergency meeting of the organization in Cairo.

It demanded the immediate and unconditional withdrawal of all Turkish troops from Iraqi territory. 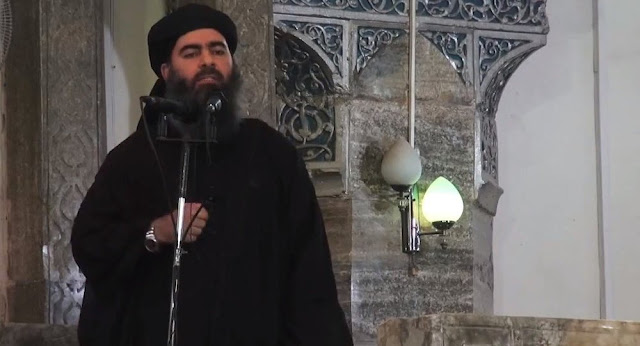 Abu Bakr Baghdadi, the leader of the Islamic State jihadist group (ISIL or Daesh, outlawed in Russia) said that the Daesh militants would soon establish an Islamic state in Palestine.

MOSCOW (Sputnik) — The leader of the Islamic State jihadist group (ISIL or Daesh, outlawed in Russia) issued an audio message where he threatened Israel, media reported on Saturday.

"The Jews thought we forgot Palestine and that they had distracted us from it. Not at all, Jews. We did not forget Palestine for a moment. With the help of Allah, we will not forget it… The pioneers of the jihadist fighters will surround you on a day that you think is distant and we know is close. We are getting closer every day," Abu Bakr Baghdadi said as quoted by The Telegraph.

He added that the militants would soon establish an Islamic state in Palestine.

Baghdadi was reportedly wounded in October by an Iraqi army bombing of his convoy and the place where he was to meet with other IS leaders, some of them killed by a subsequent airstrike.

A U.N. chemical weapons expert, wearing a gas mask, holds a plastic bag containing samples from one of the sites of an alleged chemical weapons attack in the Ain Tarma neighbourhood of Damascus August 29, 2013. © Mohamed Abdullah / Reuters

Russia has expressed hope that a joint OPCW-UN investigation of deadly sarin attacks in Syria will not ignore reports from a Turkish MP, who faces charges of treason for exposing Ankara’s alleged role in hiding ISIS-bound shipments of gas precursors.

The so-called Joint Investigative Mechanism (JIM) consolidated the efforts of the UN and the Organisation for the Prohibition of Chemical Weapons (OPCW) with a mandate to identify people involved in the use of chemicals weapons in Syria under the Security Council resolution 2118.

If you have a possibility, if you like our content and approaches, please, support the project. Our work wont be possible without your help: PayPal: southfront@list.ru or via: http://southfront.org/donate/

The Syrian Arab Army is continuing its military operations to secure the recently-captured military airport of Marj al-Sultan, and retook new areas in the Damascus province. According to the reports, the SAA attacked al-Nusra, Jeish al-Islam, al-Rahman and other terrorist groups in Eastern Ghouta, in the vicinity of Marj al-Sultan Military Airport and Harasta farms. The Syrian troops killed at least 14 militants and destroyed their vehicles and weapons in the clashes.

Separately, the SAA cut off the terrorists’ supply line militants between Darayya and al-Moadamyeh in the Damascus province. The pro-government forces captured over 1 km of the supply route disconnecting the most important arms and logistical supply route used by the militants in the region.

In North Latakia, the SAA gained control of Height 489.5 after and Height 465.5 in the al-Kabir Black mountain. Height 489.5 is located at the east side of the Attira town and around 1.5 km away from the al-Saraf town. The height is a major crossing leading to Jabal Zahia. The loss of this important logistical point made the terrorists’ counter attack in the area very difficult.

In West Idlib, the SAA and its allies launched an assault to capture the village of Al-Sirmaniyah after partly encircling it after the recent clashes. The village is controlled by the Jaysh Al-Fateh terrorist alliance. According to the field reports, the Syrian forces are advancing on Al-Sirmaniyah from the western flank while the Russian MI-24 Hind Helicopter Gunships provide air support.

The SAA has reportedly used Russia-made military robots took the strategic tower of “Syriatel”, 754m in height in the Latakia province. According to the unconfirmed reports, 6 robotic complexes “Platform-M” and 4 complexes “Argo” were used to detect the terrorists’ fire positions which then were destroyed by the SAA artillery. Amid the usage of Kalibr cruise missiles and strategic bombers in Syria, these reports could be truthful. Thus, Moscow is continuing to test the newest military equipment in the real battle conditions in Syria.

This is the only headlines in western media today.

Two different narratives -it is not among the headlines (that I can see) from Russian media, al-Masdar or al-Manar

Evacuation from Syrian camp 'on hold'

The expected evacuation of thousands of rebels from in and around Yarmouk refugee camp in southern Damascus has been put on hold, reports say. A group of men walk past destroyed buildings in the camp in April 2015 (file).  Photo: AFP

Safety issues and the killing of a top rebel have been blamed for the delay.

Militants and their families were due to be taken by bus to areas under the control of their respective groups, under a deal between rebels and the government.

Meanwhile, a rebel coalition says it has captured a key dam from so-called Islamic State (IS) in northern Syria.

A spokesman for the Kurdish-Arab Syrian Democratic Forces (SDF) said fighters backed by coalition air strikes had seized the Tishrin dam, about 22km north of the IS stronghold of Raqqa.

The spokesman, Col Talal Selo, said the capture of the dam would help disrupt an IS supply line across the Euphrates and isolate the group between northern Aleppo and its territory east of the river.

Earlier this month, pro-government media reported a deal between the Syrian regime, IS and the rival al-Nusra Front to allow members of both safe passage out of Yarmouk and Hajar al-Aswad to Raqqa and the northern province of Idlib.

Eighteen buses which will transport rebels and their families were reported to have arrived at the camp on Friday.

However, Lebanese Hezbollah al-Manar TV said the evacuation was held up because the convoy was due to pass through territory controlled by rebel group Jaysh al-Islam, whose leader was killed in an air strike later that day.

The UK-based monitoring group Syrian Observatory for Human Rights (SOHR) said it was paused for "logistic reasons" in order to secure the road to IS-held Raqqa in the north-east.

About 18,000 civilians have been trapped in Yarmouk by the fighting and a government siege since 2012.

IS militants took over parts of the camp earlier this year. They were pushed back by Palestinian militias and Syrian rebels after weeks of fierce fighting, and Yarmouk has since been divided into areas controlled by IS, al-Nusra Front and pro- and anti-government Palestinian militants.

Once Yarmouk is made safe, the UN will be able to get aid to the civilians there.

The Islamic State (ISIS) seems to want war with everyone, everywhere as militants announced they have assassinated a top Hamas commander by blowing up his car. They went on to declare war on Palestine and threaten genocide against the Palestinian people.

Hamas' senior commander Saber Siam was killed on Sunday after ISIS loyalists placed a bomb in his vehicle.

ISIS militants said in a statement that Siam was killed because he was "a partner in a declared war against religion and against Muslims, working for the heretical government in Gaza," according to Israeli reports.

The attack was conducted by ISIS-affiliated Salafist rebels who have also warned local residents to stay away from Hamas offices and buildings as it plans to carry out more attacks.

The conflict between Hamas and ISIS in Gaza started when Palestinian forces demolished a makeshift mosque used by Ansar al-Bayt al-Maqdis in early May.

Ansar al-Bayt al-Maqdis is an Egyptian Islamist group that has pledged allegiance to ISIS and has been recruiting Palestinians for the Islamic State.
After demolishing the Almtahabin mosque, Hamas then arrested seven men, including a local Salafist Sheikh Yasser Abu Houli.

ISIS claims it will kill Hamas personnel "one by one" and that it knows the names and addresses of all the officers working for the Palestinian Intelligence agency.