Corporate crime against Humanity: Exxon knew about climate change from 1977 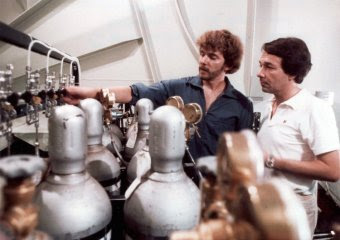 It is absolutely astonishing that our nation is still wasting precious time debating the rapidly worsening threat of climate change. Fossil fuel companies have spent millions of dollars buying Republican politicians and distorting the discourse with misinformation and straight up lies about climate change. To add insult to the incredible injury, startling new revelations indicate that Exxon Mobil, the fifth-largest multinational corporation in the world, was warned by their own internal scientists about the dangers of global warming – all the way back in 1977.

The Daily Kos reports that senior company scientist James F. Black told executives that “in the first place, there is general scientific agreement that the most likely manner in which mankind is influencing the global climate is through carbon dioxide release from the burning of fossil fuels.”

Another report, from 1982, “marked ‘not to be distributed externally,’ the company’s environmental affairs office wrote that preventing global warming would require sharp cuts in fossil fuel use. Failure to do so, the document said, could result in ‘some potentially catastrophic events’ that ‘might not be reversible.'” However, Exxon hid this information from the public and fought for years to keep it confirmed.

This represents one of the biggest cases of what should be considered criminal negligence on behalf of the public at large. Exxon-Mobil, one of the world’s biggest polluters, has spent countless dollars fighting the truth that they themselves discovered more than thirty years ago. The Guardian reported that Exxon has given “more than $2.3m to members of Congress and a corporate lobbying group that deny climate change and block efforts to fight climate change – eight years after pledging to stop its funding of climate denial.”

The blatant disregard for the very fate of our planet and, potentially, human civilization as we know it in favor of greed and short-term profit margins is just mind-blowing. These men must be brought to justice for the harm that they have caused and continue to cause every day. The fact that they and the rest of their fossil fuel cronies receive some $7 billion in tax breaks every year to pollute our atmosphere and extort the American consumer makes their crime so much worse. It unfortunately comes as no surprise, but it is a damning indictment of the greed and selfishness of American fossil fuel companies.

Posted by seemorerocks at 18:56