Looks different from the others. My guess would be a sinkhole as opposed to a blowhole
---Paul Beckwith

There has been no comment from the Emergencies Ministry or the regional government on the cause of the hole. Picture:Good Novostei

The latest crater to appear in Siberia measures around 20 metres in diameter and around 25-to-30 metres in depth. Its sudden appearance in recent days close to Novokuznetsk region is around 3,500 kilometres from other craters found in Arctic Russia in recent months.

Initial theories suggest mining subsidence caused the collapse, but locals remain concerned about methane gas in the disused shafts. They have been told to avoid fires amid concern over methane leaks.

The hole was spotted by Rinat Sharifullin, whose house is 100 metres away. He immediately called to the Emergency Ministry. The gaping crevice was fenced and specialists have now filled it using soil from an adjacent hill.

Despite this, the crater is causing concern among locals.

Rinat's wife Natalia said: 'We need to move from here. Under our garden are mines, too, and the site nearby was once the entrance to a mine. In the 1990s it was closed and the ground was filled in.'

There has been no comment from the Emergencies Ministry or the regional government on the cause of the hole.

Apparently, another smaller hole is nearby which was filled with water. 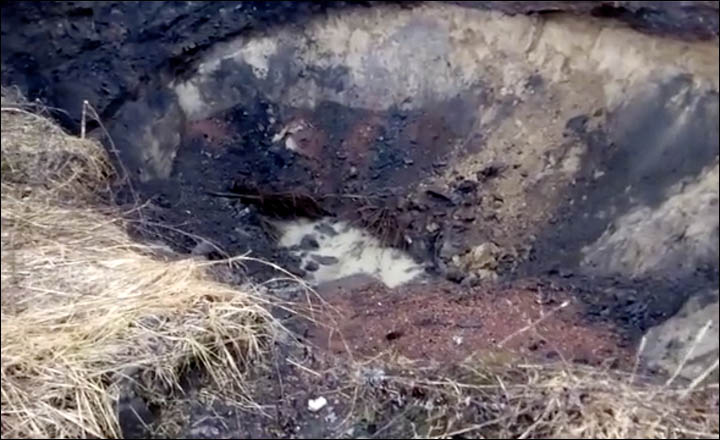 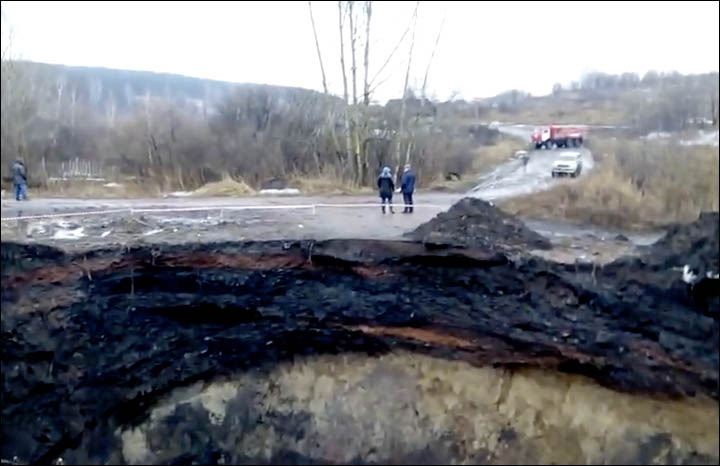 Subsidence from old coal mine a possible cause of latest mystery hole. Pictures: Good Novostei

Other holes have received worldwide attention after appearing in the Yamal region of northern Siberia, with another in a remote location in Krasnoyarsk region, near the  Taimyr peninsula.

In February, The Siberian Times revealed the existence of four new mysterious 'giant craters', and many smaller ones, in these areas, sparking fears over a looming natural disaster in the Arctic. Their cause is seen as methane released from melting permafrost but this is not yet confirmed by scientists.

Observation from space revealed the dramatic mushrooming of the holes, believed to be caused by methane gas eruptions in melting permafrost due to climate change, scientists revealed today. A leading Russian expert sounded an alert over safety because one new Siberian crater, surrounded by at least 20 'baby holes', is just six miles from a major gas production plant.

He predicts up to 30 more are waiting to be discovered. Scientsts are still baffled by the exact processes causing the craters and  respected Moscow expert Professor Vasily Bogoyavlensky today called for 'urgent' investigation of the new phenomenon amid safety feыrs.

READ MORE ON OUR COVERAGE OF THE SIBERIAN HOLES 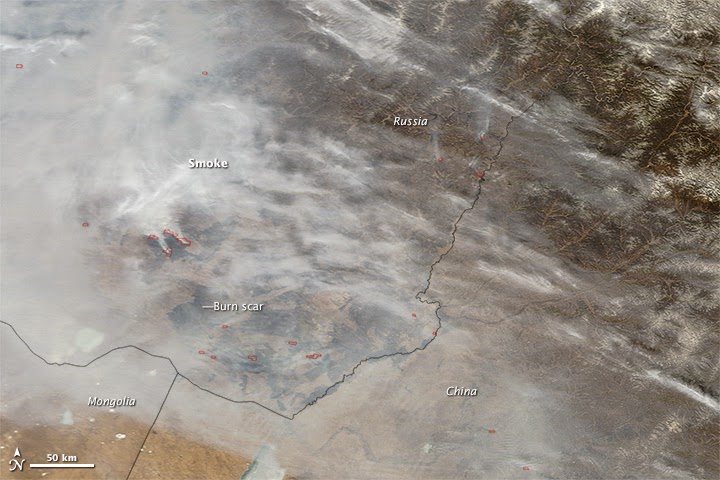 Farmers in the steppe of southern Siberia have an old tradition of burning dried grass in the spring to fertilize the soil for the coming year. In April 2015, unusually warm temperatures and strong winds turned the tradition into a nightmare.

Several fires escaped the control of their handlers and spread rapidly across the dry landscape. According to media reports, escaped fires had devastated several villages, caused the deaths of about two dozen people, and left thousands of people homeless.

Several smoky fires burned in Zabaikalsky Territory on April 14, 2015, when the Moderate Resolution Imaging Spectroradiometer (MODIS) on NASA’s Terra satellite acquired this image. The fires are outlined in red. Several dark burn scars are visible through the smoke. 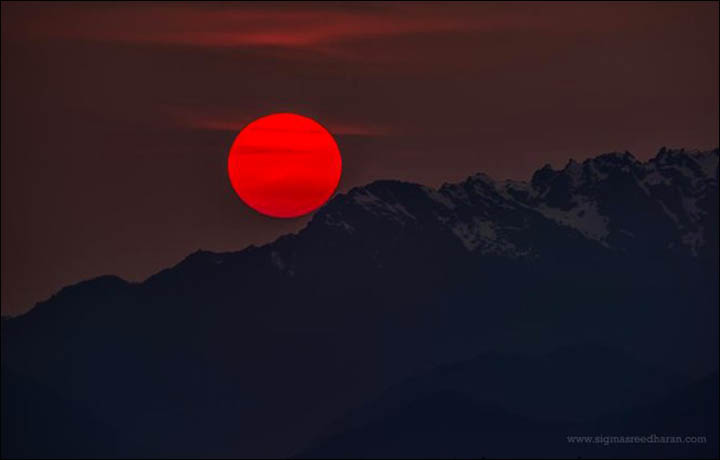 'The scenes have almost felt like they're out of Hollywood imagination - brilliant red sunrises and sunsets the last couple of days around Western Washington,' reported KomoNews

The wind whipped blazes killed 30 people in Siberia after farmers burned dried grass but the fires got out of control. The damage was especially acute in Khakassia republic where 1,328 homes were destroyed or badly damaged, leaving 4.694 people without shelter, but the area around the city of Chita was also badly hit.

As well as killing 30, two people were reported missing.

Sunsets in Washington state were reported to be orange tinted or pink or red in colour. Experts say the cause is the Siberian fires, a repeat of stunning sunsets seen in 2012. 'The scenes have almost felt like they're out of Hollywood imagination - brilliant red sunrises and sunsets the last couple of days around Western Washington,' reported KomoNews.

'Why so red? It's a byproduct of the massive wildfires that recently burned a large area in Siberia. 'The atmospheric winds are aligned this week to carry the smoke across the Pacific Ocean and into the Pacific Northwest'. 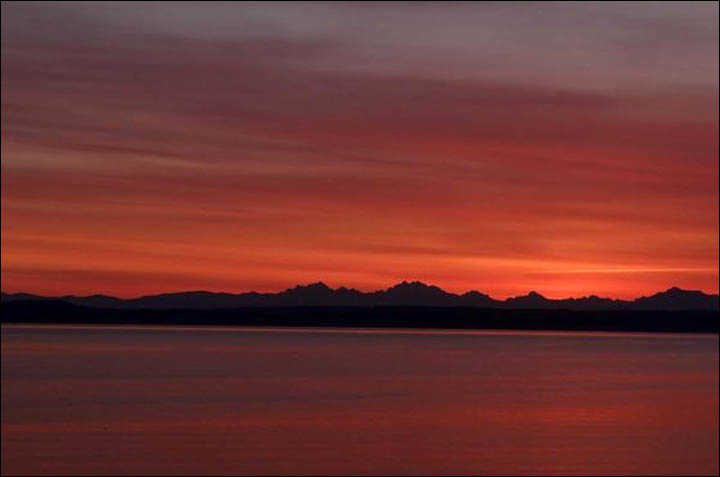 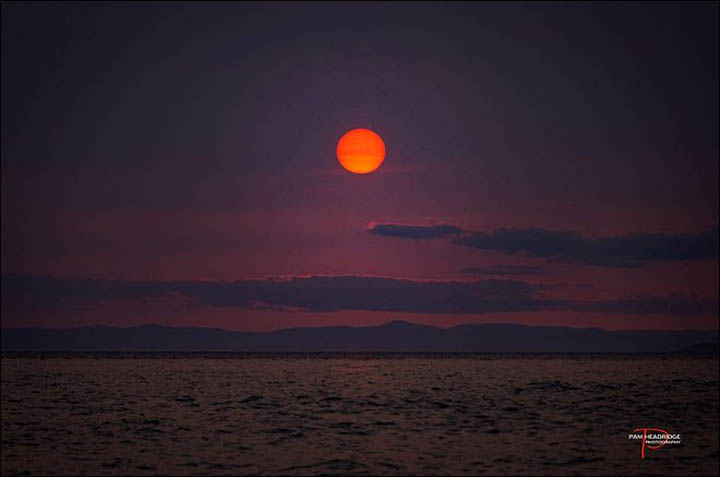 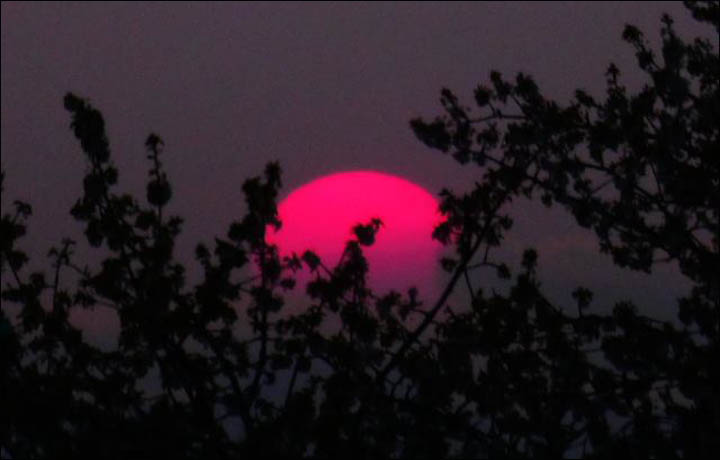 US National Weather Service claims smoke haze from deadly inferno has crossed the Pacific. Pictures: KomoNews
In Russia, the fires were blamed on human factors with President Vladimir Putin's envoy to Siberia even claiming the could have been a political motive.

Nikolai Rogozhkin said in Chita: 'Let's sketch out the following situation: some group of people - or the opposition, as they are now called - got together. They underwent instruction and carried out acts of sabotage by setting fires in various spots.'

He inspected the damage from a helicopter and saw fires in 'places where a normal person cannot go, even one who is well-prepared.

'A specially trained person would be needed for this, and it would take at least 24 hours, he said.

The Kremlin appeared to case doubt on this clim.

Its information was that 'the fire was caused by grass burning and this is a very dangerous and destructive practice that, as the events have shown, may lead to catastrophic consequences,' said spokesman Dmitry Peskov. 'The weather conditions got together in a catastrophic way - strong winds, dryness and low temperature... At the same time, the ice on the rivers has not melted'. 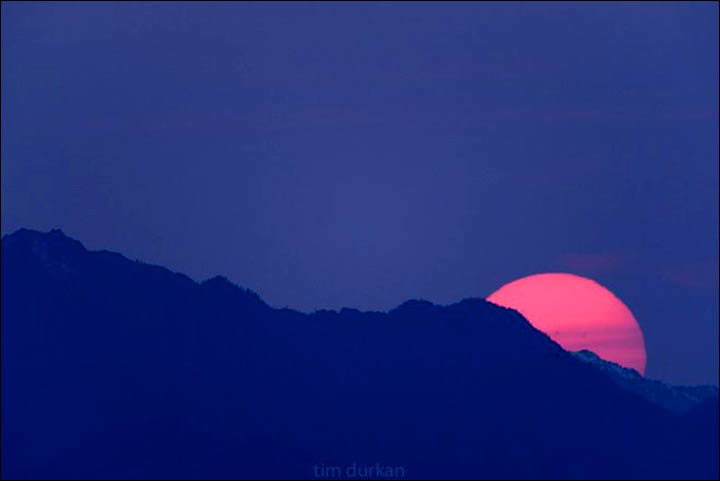 'The winds are aligned this week to carry the smoke across the Pacific Ocean and into the Pacific Northwest'. Picture: KomoNews
The Russian Defence Ministry sent 28 Kamaz trucks to help eliminate the consequences of fires in Khakassia, it was reported on Sunday.

Vladimir Putin demanded that destroyed houses should be restored by 1 September.

'A convoy of vehicles loaded with ferroconcrete units and other construction materials completed its 800 km march from the Kemerovo Region to Abakan,' said one official.
Three aircraft also delivered 96 tons of humanitarian aid.

This year's outbreaks had swept across more than 205,000 hectares of forest.

A 16-year-old teenager was detained on suspicion of starting a fire near a village some 120 kilometres southwest of Chita, it was reported.