But this is the fourth consecutive year of drought in California. Earlier this month, state officials reported that the Sierra snowpack, which much of California relies on for water, is just five percent of its normal depth.

At Yosemite, Half Dome is generally quilted with snow by this time of year. The iconic peak stands roughly 9,000 feet tall -- and is today virtually snow free, with no big snow storms in the forecast for the remainder of the month.

These images, taken by a Yosemite Conservancy webcam, show Half Dome on

Note: The Yosemite Conservancy uses donations to maintain this and other webcams. Go here to donate to the Conservancy. | To see time lapse movies of Half Dome going back nearly a decade, check out HalfDome.net. | March 17th photo used for 2014 due to lack of image for March 19 of that year. 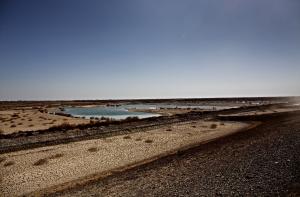 Zabol (Iran) (AFP) - Nazar Sarani's village in southeast Iran was once an island. It is now a desert, a casualty of the country's worsening water crisis.

"We live in the dust," said the 54-year-old cattle herder of his home in the once exceptional biosphere of Lake Hamoun, a wetland of varied flora and fauna, which is now nothing but sand-baked earth.

Climate change, with less rainfall each year, is blamed, but so too is human error and government mismanagement.

Iran's reservoirs are only 40 percent full according to official figures, and nine cities including the capital Tehran are threatened with water restrictions after dry winters. 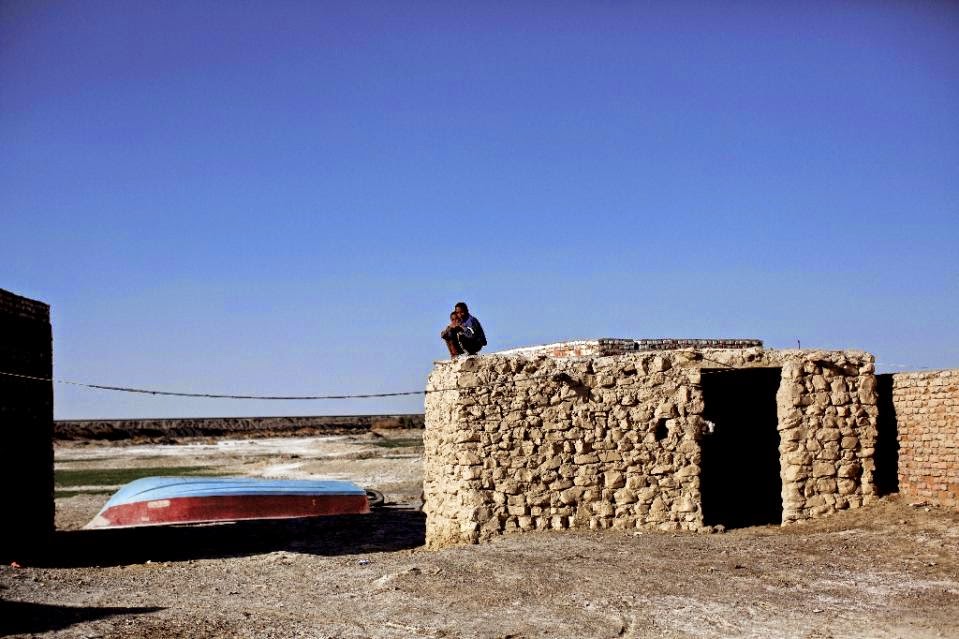 Iranian boys sit on the roof of a mud-house in the village of Adimi situated in the once exceptional wetlands of Lake Hamoon, now sand-baked earth

The situation is more critical in Sistan-Baluchistan, the most dangerous area in Iran, where a Sunni minority is centred in towns and villages that border Pakistan and Afghanistan.

Only 15 years ago, Hamoun was the seventh largest wetland in the world, straddling 4,000 square kilometres (1,600 square miles) between Iran and Afghanistan, with water rolling in from the latter's Helmand river.

But with dams since built in Afghanistan as well as other blocked pathways holding back the source of Hamoun's diversity, the local economy has collapsed.

A study in 2013 by the World Resources Institute ranked Iran as the world's 24th most water-stressed nation, with public consumption around twice the world average.

Government subsidies on water do nothing to encourage efficiency, and public education messages on television and radio are ignored.

Agricultural use -- for water-heavy crops such as rice and corn -- is thought to eat up nearly 90 percent of national supply, with experts saying irrigation is poorly managed, resulting in high wastage.

For those whose taps are running dry, the result is hardship and human turmoil: drug use is rising and sandstorms are causing respiratory illnesses.

Sarani's village, Sikhsar, where wooden boats sit on hard mud that was once the waterfront, is a place that mother earth has transformed.

Sarani's own herd used to number 100. Now down to just 10 cows, his depleted milk sales are not enough to feed the family or educate four children.

Most local youths have headed to the cities of Yazd, Semnan and Tehran to work as construction labourers.

And in the city of Isfahan, an ancient jewel long dubbed "half the world" for its beautiful palaces, boulevards, bridges and mosques, the Zayanderud river that runs through it is often bone dry.

Much like Sarani, Mohammad Bazi, a fellow shepherd in Hamoun, bemoans what he says is government inaction in Tehran, arguing that Afghanistan must be persuaded to reopen the valves.

With the land so parched, he often has to walk his cattle hundreds of kilometres to find suitable grazing. The lack of water has also caused milk quality to decline and, struggling to survive, he has slaughtered some of his cows.

Massoumeh Ebtekar, Iran's vice president responsible for the environment, has said efforts are being made to protect Iran's water rights that will see it flow back across the border.

"We need local, regional, and international cooperation," she added.

The government is also working with the United Nations, but the challenges seem immense.

"The whole region is becoming warmer and drier," said Gary Lewis, head of the UN Development Programme in Iran, calling for the Iranian and Afghan governments at the highest level to tackle it.

"The situation is unsustainable," he added, noting climate change but naming water mismanagement as the main problem.

While Afghanistan is often blamed for the water shortage, its ambassador to Tehran, Nassir Ahmad-Nour, said it was wrong to view a country at war since 1979 as a culprit.

"The situation is even worse on our side of the border," he dded. 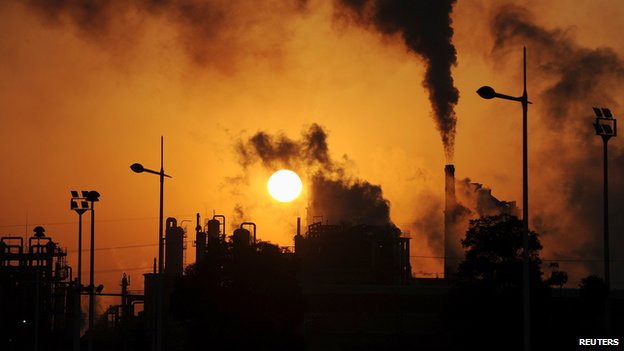 China's vast manufacturing sector has fuelled its demand for energy

Climate change could have a "huge impact" on China, reducing crop yields and harming the environment, the country's top weather scientist has warned, in a rare official admission.

He said temperature rises in China were already higher than global averages.
China, the world's biggest polluter, has said its emissions of gases that cause climate change will peak by 2030.

However, the country has not set a specific target for cutting emissions of the gases, mainly carbon dioxide.

He said temperature rises in China had already been higher than the global average for the past century.

China's leaders have acknowledged the damage from global warming but they usually do not lay out the full scale of the problems. 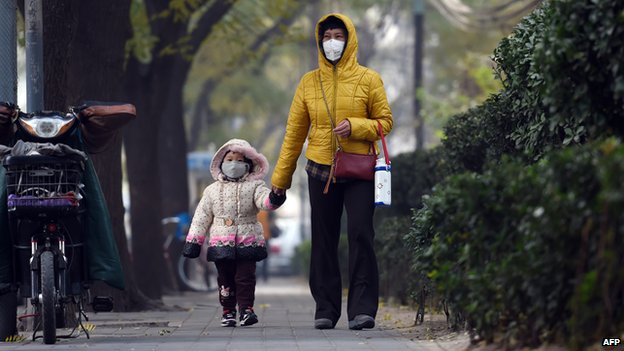 Rampant pollution is seen as a health risk to many Chinese


Mr Zheng warned of more droughts, rainstorms, and higher temperatures, which would threaten river flows and harvests, as well as major infrastructure projects such as the Three Gorges Dam. He urged China to pursue a lower-carbon future.

"To face the challenges from past and future climate change, we must respect nature and live in harmony with it," the Xinhua news agency quoted him as saying.

"We must promote the idea of nature and emphasise climate security."
China and the US together produce around 45% of global carbon emissions.

Leaders from the two countries are taking part in a summit in Paris this year that will aim for a global deal to cut carbon emissions by 2020.

Scientists fear that pledges made so far to cut emissions will not be enough to avoid the harmful impact of climate change.