Palestinian officials say hundreds of Gazans were forced to evacuate after Israel opened the gates of several dams on the border with the Gaza Strip, and flooded at least 80 households. Israel has denied the claim as “entirely false.”

In the wake of a recent severe winter storm in the region, Israeli authorities opened the floodgates to discharge the accumulated water, Palestinian officials say. Residents of eastern Gaza reported injuries as well as deaths of livestock and poultry, caused by the Israeli action which allegedly came without prior notification, Gaza's Civil Defense Directorate (CDD) said Sunday.

Photos of the Gaza Strip flood have appeared in social networks, but the date when they were taken can't be independently verified as yet. Breaking #Gaza : After Israel opened the dam, Moghraqa is now drowning water levels is up to three meters and a half

“The [Israeli] army opened the floodgates of a canal leading to central Gaza, which resulted in the removal of sand mounds along the border with Israel,” the CDD announced, according to Palestinian News Agency WAFA.

“Opening the levees to the canal has led to the flooding of several Palestinian homes, and we had to quickly evacuate the afflicted citizens.”

No casualties were reported as a result, but more than 80 families had to flee after their homes filled with water levels sometimes reaching more than three meters, the Gaza Ministry of Interior said in a statement.

In a letter to RT regarding the issue, Israel’s Coordinator of Government Activities in the Territories (COGAT) maintained that“the claim is entirely false."

"Southern Israel does not have any dams. Due to the recent rain, streams were flooded throughout the region with no connection to actions taken by the State of Israel,” COGAT said.

Evacuated families were taken to UNRWA-sponsored (UN Relief and Works Agency) shelters in the al-Bureij refugee camp and the al-Zahra neighborhood. 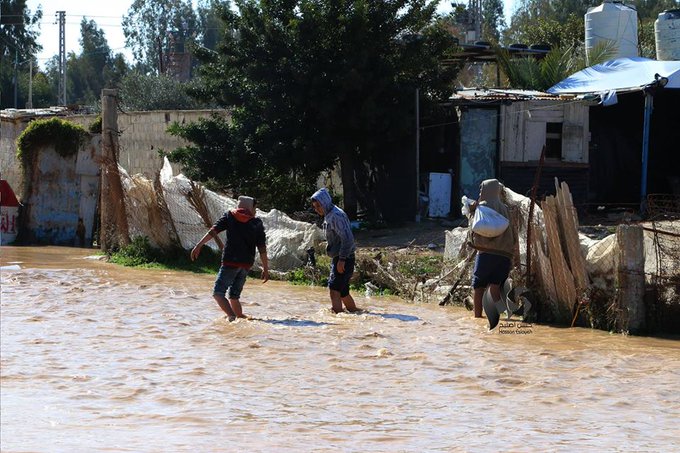 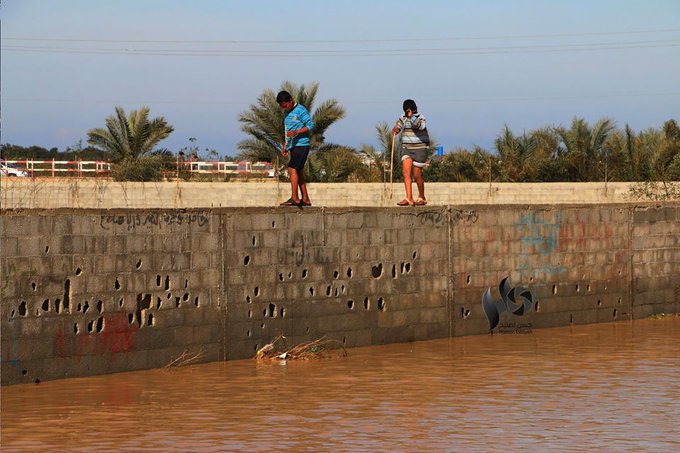 Further harm could be caused if Israel opens up more dams, warned Gaza Civil Defense Services (CDD) spokesman Muhammad al-Midana, as cited by the Ma'an news agency. A fast-moving water stream is currently flowing from the Israel border through the Gaza valley and into the Mediterranean Sea, he said. 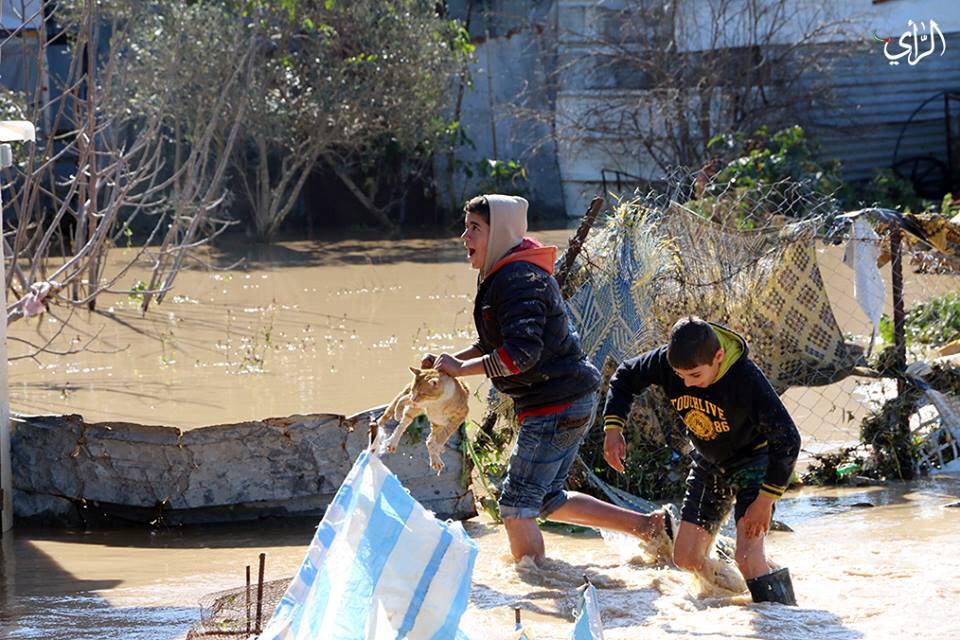 The Gaza Valley (Wadi Gaza) used to be a unique wetland ecosystem located in the central Gaza Strip between al-Nuseirat refugee camp and al-Moghraqa. It flowed from two streams, one running from near Beersheba, and the other from vicinity of Hebron. There’s not much water left in Wadi Gaza, as water being mostly used upstream in Israel and the stream running through the Gaza Strip consists mainly of untreated waste from Gaza City, which pumps up millions of liters of sewage into the riverbed. According to media reports, this is not the first time Israeli authorities have opened the floodgates to their Gaza Valley dams to discharge massive quantities of excessive water that accumulated during heavy rains or snowfall.

A report from Press TV


The zionists, of course deny being guilty of anything so dastardly Gaza has suffered from flooding caused by storms this winter causing misery to families displaced by the 2014 conflict [AFP]
Al-Jazeerah,
24 February, 2015

Israel has rejected allegations by government officials in the Gaza strip that authorities were responsible for released storm waters flooding parts of the besieged area.

"The claim is entirely false, and southern Israel does not have any dams," said a statement from the Coordinator of Government Activites in the Territorities (COGAT).

"Due to the recent rain, streams were flooded throughout the region with no connection to actions taken by the State of Israel."

At least 80 Palestinian families have been evacuated after water levels in the Gaza Valley (Wadi Gaza) rose to almost three meters, .

The Gaza Ministry of Interior said in a statement on Sunday that civil defence services had worked alongside teams from the Minsitry of Public Works to evacuate families to shelters in al-Bureij refugee camp and in al-Zahra neighbourhood sponsored by UNRWA, the UN Relief and Works Agency.

Brigadier Gerneral Said Al-Saudi, chief of the civil defence agency in Gaza, told Al Jazeera: "More than 40 homes were flooded and 80 families are currently in shelters as a result."

He added that the flooding would adversely affect local agriculture as the area included Gazan poultry and animal farms.


A major storm in the region has brought freezing rain to Gaza and snow across parts of the Occupied Territories and Israel.
Posted by seemorerocks at 13:53