Denial in the medical system

I now have a new doctor who seemed on the surface to be understanding, but once she had gone through my notes came back with what I've heard countless times before; "it's reasuring that the tests have come back clear". And then there's the unstated ..."and therefore there's nothing wrong with you".

In case you think I am imagining this I want to share the following with you. This is for all the people who are suffering from environmental diseчase, or disorders caused by medical intervention itself.

There is an old ideology in a new from to explain away why you feel so unwell. You are suffering from a mental disorder.

Of course, there is no toxins out there, no radiation that could case physical symptoms! And we all know that cancer has nothing to do with toxins in the environment!

Who knows? Maybe they will invent another category for those people who believe that civilisatisation is collapsing, or humanity is heading for near-term extinction.

I wonder what they will call it.

Somatic symptom disorder - an ideology to dismiss environmental and other illnesses


A somatic symptom disorder, formerly known as a somatoform disorder,[1][2][3] is a mental disorder characterized by physical symptoms that suggest physical illness or injury – symptoms that cannot be explained fully by a general medical condition or by the direct effect of a substance, and are not attributable to another mental disorder (e.g., panic disorder).[4] In people who have a somatic symptom disorder, medical test results are either normal or do not explain the person's symptoms, and history and physical examination do not indicate the presence of a medical condition that could cause them. Patients with this disorder often become worried about their health because doctors are unable to find a cause for their symptoms. This may cause severe distress. Preoccupation with the symptoms may portray a patient's exaggerated belief in the severity of their ill-health.[5] Symptoms are sometimes similar to those of other illnesses and may last for several years. Usually, the symptoms begin appearing during adolescence, and patients are diagnosed before the age of 30 years.[6] Symptoms may occur across cultures and gender.[6] Other common symptoms include anxiety and depression.[6] In order for an individual to be diagnosed with somatic symptom disorder, they must have recurring somatic complaints for at least 6 months.[6]

Somatic symptom disorders are actually a group of disorders, all of which fit the definition of physical symptoms that mimic physical disease or injury for which there is no identifiable physical cause; as such, they are a diagnosis of exclusion. They are recognized by the Diagnostic and Statistical Manual of Mental Disorders of the American Psychiatric Association as the following:[4]

Undifferentiated somatic symptom disorder – only one unexplained symptom is required for at least 6 months.

The ICD-10 classifies conversion disorder as a dissociative disorder.

Each of the specific somatic symptom disorders has its own diagnostic criteria.


In the opinion of Allen Frances, chair of the DSM-IV task force, the DSM-5's new somatic symptom disorder brings with it a risk of mislabeling a sizable proportion of the population as mentally ill. “Millions of people could be mislabeled, with the burden falling disproportionately on women, because they are more likely to be casually dismissed as ‘catastrophizers’ when presenting with physical symptoms
.....


This is a personal story and so doesn't relate to the bigger picture of collapse - or does it?


I am looking from the point-of-view of medical science so this article leaves out the most important - the human spirit and the spiritual realm.

I refer to the corporate fascist state but I could also, just as easily be talking about the patriarchy, reductionistic thinking

From the personal realm

Modern medicine, the corporate state – and denial
By Seemorerocks 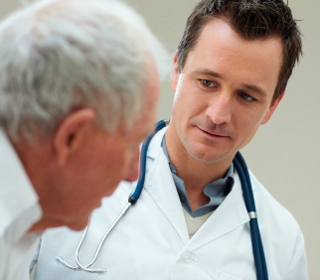 I have been looking for this information for a while and now I have found it.  Its says just what I feel about the medical "system"

"But getting back to those struck down with Twentieth Century Illness, it was, at least in the English-speaking countries never a case of 'I regret it, but our tests, our laboratories are inadequate to determine what is wrong with you, and so am I. We'll do our best for you in the face of our ignorance'