Guy McPherson on the clathrate gun

Climate change and the methane crisis: An interview with Dr. Guy McPherson 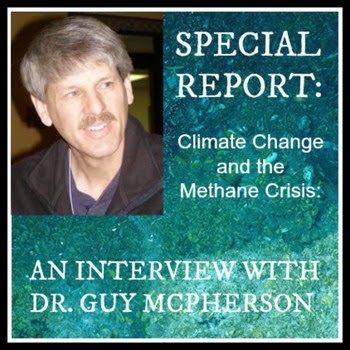 In this second part of a series on climate change and the methane crisis, Dorsi Diaz interviews Professor Guy McPherson, a sometimes controversial figure because of his beliefs, who shares his thoughts on recent releases of methane, where we are in the rapidly accelerating process of changes affecting the climate, and why he thinks that humanity may only have another 15-30 years left on this planet.