NATO readies itself for war 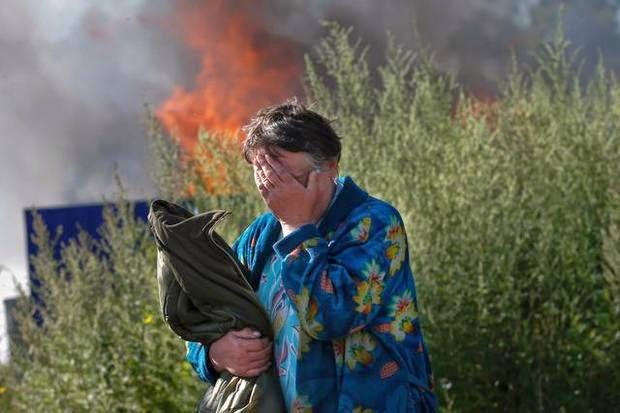 Air Force Gen. Philip M. Breedlove, supreme allied commander of the Western military alliance, said the U.S.-based troops will buttress American forces that have already been moved in recent months from Germany, Italy and elsewhere in Europe for stepped-up ground and air patrols in the three Baltic countries of Latvia, Lithuania and Estonia, plus Poland and Romania.

“It’s a very momentous time in Europe, probably the most since the end of the Cold War, especially because of the recent changes wrought by Russia,” Breedlove told reporters at the Pentagon.

The four-star general, who assumed NATO command last year, said there’s “a very good likelihood” that the anti-aircraft artillery used to shoot down a Ukrainian transport plane June 14, killing all 42 people on board, came from Russia.

Asked how many Russian troops have massed on the Ukraine border, Breedlove responded that there are “seven-plus battalion task groups on the east side of that border,” which would be on the order of 5,000 troops.

The Ukraine crisis started in mid-February when Russian paramilitary troops began seizing control of government buildings in the Crimean Peninsula.

That aggression was followed by a March 16 referendum that Moscow used to claim it had annexed the region, which has a large ethnic Russian population. Since then, ethnic Russians in other parts of Ukraine have staged violent protests and tried to take control of local governments.

Breedlove, 58, expressed skepticism about recent conciliatory statements by Russian President Vladimir Putin, among them engaging in ceasefire talks with his Ukrainian counterpart and asking his parliament to revoke his previously granted authorization to use force in Ukraine.

“There is good rhetoric,” Breedlove said. “There are some good words about a cease-fire and peace, but what we see is continued conflict, continued support of the conflict from the eastern side of the border, and until we see those things turn around, I think we need to watch with a wary eye.”

Breedlove urged Congress to reconsider previously planned reductions in the number of U.S. troops in Europe and to approve a $1 billion funding infusion that President Barack Obama called for June 3 during a visit to Poland.

“We should now pause and determine -- should we continue with any of the program reductions that are in the plan for Europe,” Breedlove said.

He added that the United States “may need to add additional rotational troops to cover the sustained, persistent presence that we are now envisioning.”

CORRECTION: An earlier version of this article reported Gen. Breedlove as saying about 50,000 Russian troops were on the Ukraine border.

The voice from inside the Beast

Breedlove: Russian Actions Bring Europe to Decisive Point
The aggressive actions by Russia in Ukraine have brought Europe to perhaps the most decisive point since the end of the Cold War, and additional rotational forces may be needed on the continent for the sustained presence now envisioned, the top U.S. commander in Europe said today. 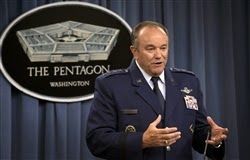 Air Force Gen. Philip M. Breedlove, NATO’s supreme allied commander for Europe and commander of U.S. European Command, told reporters at the Pentagon that Russia’s actions show just how important it is to maintain a forward presence in Europe to reassure the nation’s partners and allies.

About seven Russian battalion task groups remain on the border with Ukraine, he said, as well as numerous special operations forces. “That's not a helpful development in what it brings to the problem,” the general said.

Russian regular military forces are facilitating the movement of forces, equipment and finances across the Ukrainian border, he said.

“It's too early to lay out the details of what we will do,” he said, “but it will cover increased and enhanced training, readiness, exercises, and necessary facility improvements that we will need in order to conduct quality training and readiness activities with all of our allies and partners.

The training efforts will now fall under Operation Atlantic Resolve, the general added.

“In this operation, we will continue to demonstrate our continued commitment to the collective security of NATO and dedication to the enduring peace and stability in the region, in light of the Russian intervention in Ukraine specifically,” Breedlove said.

The situation in Ukraine changes some long-held expectations in the region, he said.

Now, the situation is very different, he said, and there’s a new baseline for the conversation about U.S. capacity and capability in Europe.

Atlantic Resolve will demonstrate the United States’ solemn commitment to the collective defense of all NATO allies, Breedlove noted.

“Our ability to respond quickly to reassure our European allies and partners was enabled by our forward-stationed forces and the force structure we have in place now,” the general said.

Breedlove said he believes the current force structure in Europe is about right, but additional forces may be needed to cover the sustained, persistent presence that is now being envisioned.

“We are proud carriers of a legacy that began just over 70 years ago on the shores of Normandy. That legacy has endowed us with the NATO alliance and steadfast relationships with incredible allies and partners who have fought alongside of us in almost every conflict,” the general said.

“It is indeed a momentous time in Europe,” Breedlove said. “But with the support of our partners and allies, we will face these challenges like we have in the past -- together -- and build a safer, more secure Europe.”