One corrupt politician bites the dust

John Banks to resign
Act MP John Banks has confirmed he will resign from Parliament after being found guilty of filing a false electoral return. 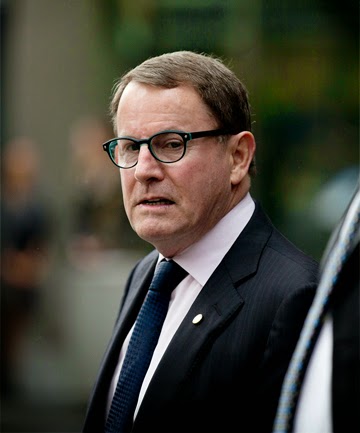 Banks said in a statement this evening he would step down as MP for Epsom on Friday.

"I will write to the Speaker tomorrow advising him of my resignation," he said.

"This timeframe allows a number of constituency, administrative and staffing matters in Epsom and Wellington to be dealt with over the next few days."

Banks said it had been a privilege to serve the public.

"I have given my heart and soul over four decades to making a worthwhile contribution to this country. I have always endeavoured to do the right thing. Consequently I am deeply saddened at this turn of events."

He would not comment further while the matter was still before the court.

Banks was found guilty this week of filing a false electoral return relating to two $25,000 donations from Kim Dotcom for his 2010 campaign for the Auckland mayoralty.

If Banks was convicted on August 1 when he was set to return to court he would have been forced to resign from Parliament.

Prime Minister John Key said Banks' resignation was "the right thing to do under the circumstances".

Key said that given the fact the general election was due to be held on September 20, the Government would seek leave not to hold a by-election in Bank's Epsom seat.

The motion would be put forward the week after next, when MPs return from a two-week recess. It will require the support of 75 per cent of the House.