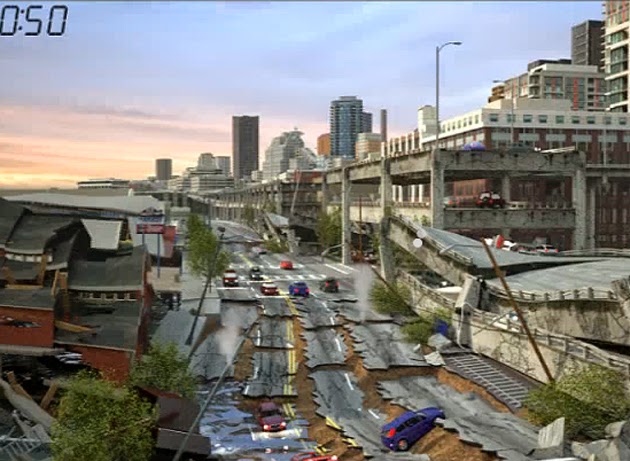 April 2014 – SEATTLE — Scientists fully expect that the coast of Washington, Oregon, British Columbia and part of northern California to see a magnitude nine subduction zone earthquake again. It’s been 314 years since the last one in January of the year 1700. Scientists know of this quake because of written reports from Japan that recorded a tsunami. The reports of a giant wave also correlate with rings in old trees killed when marsh land along the Washington coast dropped several feet, allowing sea water to envelope their roots. This week, scientists with the University of Washington gathered 55 experts from around the region. Their goal: to step up efforts to prepare for the next magnitude nine earthquake in the Northwest and the ensuing recovery. “That’s the critical part. To be prepared and then to bounce back.” said John Vidale, Washington state’s seismologist and head of the Pacific Northwest Seismic Network. Vidale moderated the event. The project is called M9, as in magnitude 9. But the lessons learned from it could be applied to any major natural disaster in Washington, a state that’s currently recovering from the landslide near Oso on March 22 that killed at least 41 people.
In addition to earthquake scientists, M9 participants included structural engineers, transportation experts, and representatives from the insurance industry, social scientists, oceanographers, tsunami specialists and emergency managers. The plan is to update the science to better prepare everything from skyscrapers to bridges to people in their own homes for when a mega-quake hits. “People may not be preparing themselves adequately for the kind of disaster that’s going to happen,” said Ann Bostrom with the U.W. Evans School of Public Affairs. But she added that the big quake is just one scenario that threatens people and homeowners. “I do think about insurance, about the preparations people can do. I think about the mental preparations people have to do in order to plan for all kinds of hazards, and what we can do in our risk communications projects to help people do that,” Bostrom said. Interdisciplinary efforts have happened before, at meetings and conferences. But this time it’s a bigger commitment to work together: a three year, $4 million project financed by a grant from the National Science Foundation. The risk from violent shaking and a tsunami is not just confined to coastal communities. The Seattle area is also considered at an elevated risk. The city and some of the surrounding area sits on a basin of softer soil and rock surrounded by harder materials. That could trap earthquake waves and cause them to resonate for a longer period of time, creating more damage. An area of further study is how those earthquake waves, particularly ones of certain frequencies will effect tall downtown buildings. -KREM 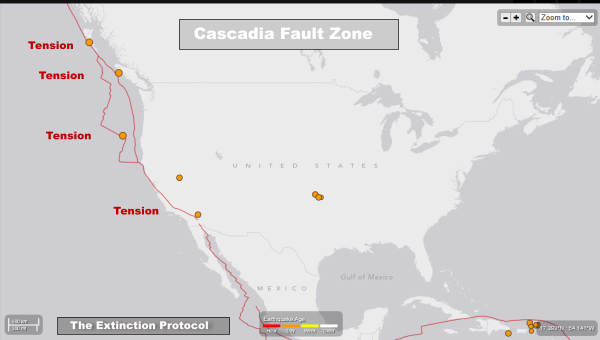 April 2014 – OREGON - A magnitude 4.7 earthquake struck on Friday off the coast of Oregon in the Pacific Ocean, the U.S. Geological Survey said, but it did not trigger a tsunami warning. The USGS said the quake, which was only 6.2 miles below the seabed, was centered 132 miles west of Bandon, Oregon. The Pacific Tsunami Warning Center showed no tsunami warning in effect following the small quake. –Reuters

Major stress is erupting along a very dangerous region of the Cascadia Subduction zone – indicating seismic tension on one of the most dangerous faults in North America is mounting and should be monitored very closely. -TEP

May 2014 – WASHINGTON – Federal scientists say magma levels inside Mount St. Helens are rising. A report issued Wednesday noted that super hot magma is percolating and several areas around the crater are moving away from the mountain. Seth Moran with the USGS says the molten phase that the volcano is going through right now is normal. It’s last dome-building eruptive phase ended in 2008. Moran says there is no impending threat of an eruption, but does predict that it will be the next tornado to blow in the Cascades. Sometime perhaps within the next 20 to 200 years. It’s last serious eruption was in 2004. The May 18th, 1980 eruption was historical. -KXL