There will be more testing to see if more people were exposed, and an investigation into how this happened in the first place.

The underground facility, which stores low-level contaminated waste from Los Alamos and other nuclear sites, is still closed.

No one knows yet how bad the situation is in that storage area, but the Department of Energy sent out a letter Wednesday to tell people in two counties what they do know so far.

DOE said 13 WIPP staff who were working above ground the day of the leak have tested positive for radiation.

Officials said it is too early to know what that means for the workers’ health, but that people in contact with them are not at risk.

In a letter to the people of Eddy and Lea counties, DOE said the radiation that got into the air Valentine’s Day was likely at very low levels, no more risky than a chest X-ray.

Eddy County Manager Rick Rudometkin said he is confident DOE is handling it.

“Whenever you have a disaster of any kind, there are always issues. You always mitigate the disaster and you move forward,” Rudometkin said.

He focused instead on WIPP’s positive economic impact.

There has been talk about possibly expanding WIPP to take more dangerous material in the future, but the State Environment Secretary suggested last week this leak could have an impact on that.

“WIPP’s track record is something we consider in making any decisions about expanding its storage capacity or its mission for different streams of waste,” Ryan Flynn said.

The next priority is testing the employees who worked the day after the leak.

The DOE and the company that runs WIPP will update everyone on what is going on at the plant Thursday afternoon. KRQE will have a crew there.


Officials: Nuclear release from container(s) indicated at #WIPP site
“We never, ever thought this kind of an event would occur” — “Absolute seriousness of this can’t be overstated” — Resident: “I feel like they’re not telling us everything” 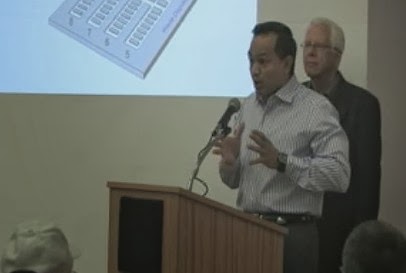 AP, Feb. 25, 2014: More than 250 people attended a two-hour meeting [about] accidents at the Waste Isolation Pilot Plant near Carlsbad and the first-known release of radiation from the repository. […] some left skeptical. [...] An initial analysis of samples from sensors inside and outside the plant indicate a container leaked. But officials say it is unclear what caused the release, and it will likely be weeks before teams can get underground.

Carlsbad Current-Argus, Feb. 24, 2014: [...] Department of Energy Carlsbad Field Office Manager Joe Franco appealed to the audience by letting them know they shared in the worries about the radiation leak. [...] Franco told the audience [...] that his take on the situation was that it is “very serious” and “unfortunate, but it is what it is.”

Farok Sharif, president of the Nuclear Waste Partnership that runs the plant, Feb. 24, 2014 (at 32:00 in): ” I’m actually getting a lot of very good help […] We have at least 20 to 25 individuals already on site helping us through this recovery process to join our expert team that we have here to help supplement what we have on site already.”

Anna Hovrud, Resident Feb. 24, 2014: “I’m just a mom and my first reaction was to start praying. … Basically I am not understanding about two-thirds of what has been said here. Is there a chance we could be exposed to radiation, that we are being poisoned somehow, while we are waiting for these samples?”
Leah Hunt, Resident, Feb. 24, 2014: “I feel like they are not telling us everything.”

I can't vouch for these sources, so exercise caution

On Feb 20th, Kirkland Air Force base in Albuquerque New Mexico awarded a sole source contract to MRI corp of El Paso, Texas for 1,200 Particulate Radiation suits. A obvious purpose for this order is to prepare for another massive Plutonium release from DOE's WIPP plant outside Carlsbad New Mexico.
" the contractor shall provide 1200 sets of personal protective equipment (PPE) single-use overgarments, hoods and footwear as indicated by size and part numbers below. Hoods and bootliners may be integrated into the suit design, but at a minimum must be designed to afford full protection to the wearer when worn as an ensemble. All part numbers used are Orex brand. Non-ventilated protective clothing shall protect the wearer against particulate radioactive contamination"

One thing we know for sure, it would be wise risk mitigation to be able to IMMEDIATELY escape upwind of the WIPP site within a moments notice for anyone living within a 200 mile zone. This means having a P100 mask and items to sustain comfort immediately available and transportable (along with a plan to get out).

We expect that the DOE WIPP site should be tracking levels of Hydrogen, Methane, & VOC's from increased radiolysis occurring in the WIPP mine. But, this does not mean they will alert you. DOE denied the Plutonium release for DAYS.
Alternative media is just now reporting the size of the Plutonium release, we first quantified and reported the size of that Plutonium release over 1 week ago. People did not want to believe there was a massive release because ofNormalcy Bias, don't make that mistake again! 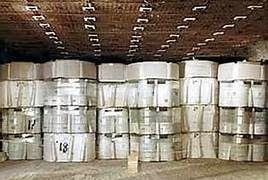 The Department of Energy's Waste Isolation Pilot Plant, a.k.a. WIPP, is a facility in southeastern New Mexico for storing high level transuranic waste that has been piling up since the 1940s, primarily from nuclear weapons production. In cavern "rooms" excavated in an ancient Permian salt bed more than 2,000 feet below the ground, the 16 square mile facility stores the long-lived defense actinide waste in stacked metal drums and lead-shielded casks. This waste includes Plutonium, Americium, and  other nasty high-energy alpha and beta particle emitters.
On Valentine's Day - February 14 - a radiation alarm sounded in the vicinity of panel 7, where waste was being stored. Workers were quickly sequestered in one of the buildings and tested for contamination. Officials at WIPP informed nearby residents and the city of Carlsbad, 26 miles west, that it was probably just naturally occurring radon. DoE shut down the facility when plutonium and americium were detected offsite by New Mexico's CEMRC [Carlsbad Environmental Monitoring & Research Center]. The facility will remain closed for three more weeks at least, according to the Department of Energy, though they are hoping to get into the underground to investigate the cause of the release soon thereafter.

Officials are now considering a ceiling collapse in one of the storage rooms to be a likely culprit. Such a collapse could have crushed one or more drums containing the high level waste. The facility does have HEPA filtration on its exhaust system, but they do not stop all contamination - just most of it. Alpha and beta particles are not pure energy like x-rays or gamma radiation, but are serious internal contamination hazards. Just a tiny amount of plutonium is known to cause cancer if lodged in lung tissue, bone or liver, and the rest of the actinides are no slouches when it comes to deadly effects in relatively minor amounts either.
This is what the DoE had to say about that danger in a press release attempting to ease the public's concern about the release...

The DOE also found through dose assessment modeline, which calculates potential radioactivity exposure to people, that humans have a potential of less than one millirem of exposure to radiation from the Feb. 14 leak. A person receives about 10 millirem from a chest X-ray procedure.

Notice the same old same conflation of exterior gamma dose with internal deposition of transuranic alpha-emitters like plutonium and americium. It's a standard deception in the black bag of nuclear lies and half-truths, even older than the banana scam. Fortunately, in the very nearly three years since the Fukushima disaster, members of the public have been educating themselves about radiation exposure hazards, so not that many people paying attention are so easily fooled these days.

DoE officials held an open meeting for the public in Carlsbad earlier this evening. I'll be interested to see reports tomorrow on the questions and answers as well as the mood of WIPP's reluctant neighbors.___

Okay, meeting in Carlsbad held, "not totally reassuring."
So now, for my questions to DoE about their strange behavior of attempting to pretend they aren't dumping gnarly alpha/beta emitters on the citizens of southeastern New Mexico...
First, they said it was just an atmospheric radon spike, nothing from WIPP. Which of course it wasn't. No one's been down in the mine since a salt truck fire caused total evacuation on February 7th. So they don't know what happened in section 7 to set off the alarm, or how much gnarl has been released to go out the stack. They had to back off that lie when CEMRC detected plutonium and americium off-site.
1. DoE says what got released somehow managed to get released before the stack HEPA filters somehow started to work. That's bull, the filters are always on duty, it's just that .03% of what they're designed to filter gets out anyway. So what is being detected off-site must have come from that .03%. How large is the release really? The levels detected by the alarmed detector should give a fair indication...

2. Since we know what got out must be the .03% of the release that escapes filtration, must we assume that the release is ongoing and will be ongoing until/unless they can get in there and clean it up? Is the closure time for 'flushing' the air? And if the air is being 'flushed', doesn't that mean releases are constant?
3. If the release of these very deadly isotopes is ongoing, why are the citizens not being told to shelter in place, and taught the ways they can minimize air exchange so as to keep their homes/offices clear of these very deadly isotopes?
4. Why is DoE deliberately likening airborne plutonium/americium (plus whatever other gnarl) to x-ray exposures? Alpha/beta particles are NOT external hazard gamma rays.
5. If it's just alpha/beta emitters, why close the facility for a month rather than send some well-suited (with air supply) hps and engineers down the hole to see what's up? We are told there can be no significant gamma or neutrons, so as long as the workers are covered and not breathing the air, it shouldn't be an issue.
Not that I expect DoE will ever answer those. If the x-ray lie doesn't work, they'll immediately revert to the banana dance. ...oops. Too late. Sigh.