NZ Govt accused of oil and gas muzzle
The Government is being accused of muzzling New Zealanders with its decision not to allow the public to object formally to deep sea oil and gas exploration. 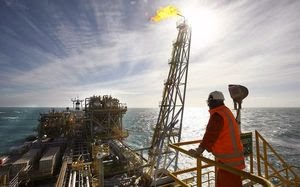 
From Friday all applications for offshore exploration will be scrutinised by the Environmental Protection Authority, which will have sole power to approve or reject them.

"The government has bent over backwards for the oil industry doing everything they can to make it easier to operate in New Zealand, including $46 million in tax breaks in the last year and $25 million in seismic surveys. And here they are directly limiting the public having a say."

Mr Hughes says the consequences of a spill from exploratory drilling would affect everyone.

But Environment Minister Amy Adams says the Government wants direct decision-making to be handed to the authority so the oil industry is not overly burdened with costs and delays.


She says the public will have a chance to make submissions on oil and gas drilling in New Zealand's exclusive economic zone.

Ms Adams, told Morning Report the right time for the public to make submissions is after exploration and before production.

The Environmental Defence Society says the Government has taken two steps forward by improving environmental oversight, but gone one step back by not allowing public consultation.

Chairperson Garry Taylor says the Government has been subject to lobbying and has created a favourable regime for the oil and gas industry.


"Deep sea drilling in New Zealand water is a new development and I'd have thought that given the risk of something going wrong that we should have best practice regulation."
Posted by seemorerocks at 15:22