"The second glaring problem is that the ground around WIPP is either insufficiently stable for such a facility or is being destabilised by the activity around it. In 2008 a 300ft wide sinkhole opened up near to Artesia, New Mexico, right above a salt water injection point. The sinkhole (image here) lies just 30 miles from WIPP. There are fears of similar occurences occuring in Carlsbad and, judging by the predominant geology in the area, collapses could occur anywhere indicated by the brine injection points in the image further up."

"not only is there great complexity in the WIPP area, but there is also a high level of activity: oil and gas drilling, salt injection, underground mining – which inevitably involves an element of blasting and hydraulic fracturing" 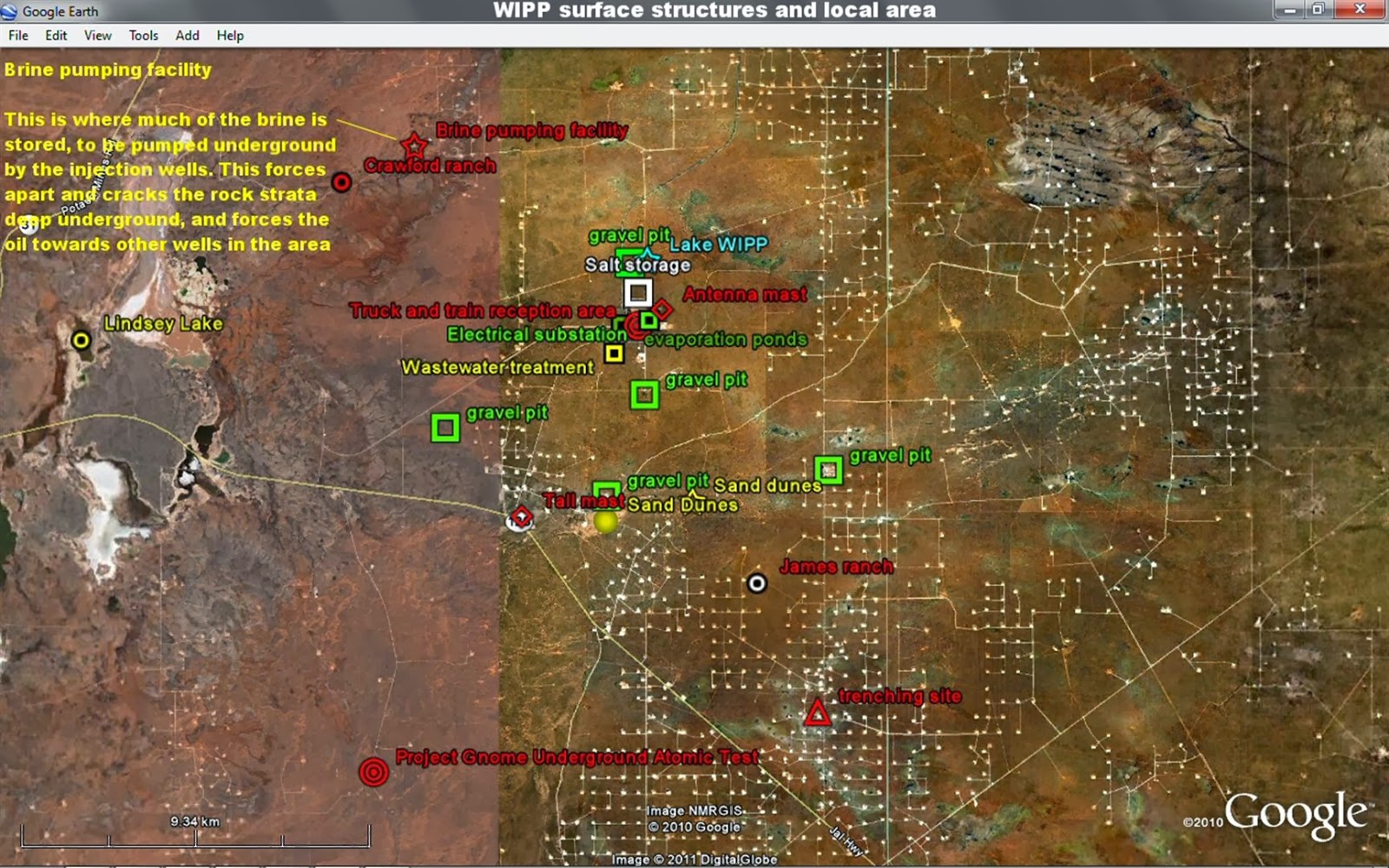