Two radioactive cesium isotopes, cesium-134 and cesium-137, have been detected offshore of Vancouver, British Columbia, researchers said at a news conference. The detected concentrations are much lower than the Canadian safety limit for cesium levels in drinking water, said John Smith, a research scientist at Canada's Bedford Institute of Oceanography in Dartmouth, Nova Scotia.

Tests conducted at U.S. beaches indicate that Fukushima radioactivity has not yet reached Washington, California or Hawaii, said Ken Buesseler, a senior scientist at the Woods Hole Oceanographic Institute in Woods Hole, Mass.
"We have results from eight locations, and they all have cesium-137, but no cesium-134 yet," Buesseler said. (Isotopes are atoms of the same element that have different numbers of neutrons in their nuclei. In this case, cesium-137 has more neutrons than cesium-134.)
The scientists are tracking a radioactive plume from Japan's Fukushima Daiichi nuclear power plant. Three nuclear reactors at the power plant melted down after the March 11, 2011, Tohoku earthquake. The meltdown was triggered by the massive tsunami that followed the quake. [Fukushima Radiation Leak: 5 Things You Should Know]
Cesium signals
The initial nuclear accident from the Fukushima reactors released several radioactive isotopes, such as iodine-131, cesium-134 and cesium-137. Cesium-137 has a half-life of 30 years and remains in the environment for decades. Cesium-134, with a half-life of only two years, is an unequivocal marker of Fukushima ocean contamination, Smith said.
"The only cesium-134 in the North Pacific is there from Fukushima," he said. Cesium-137, on the other hand, is also present from nuclear weapons tests and discharge from nuclear power plants. 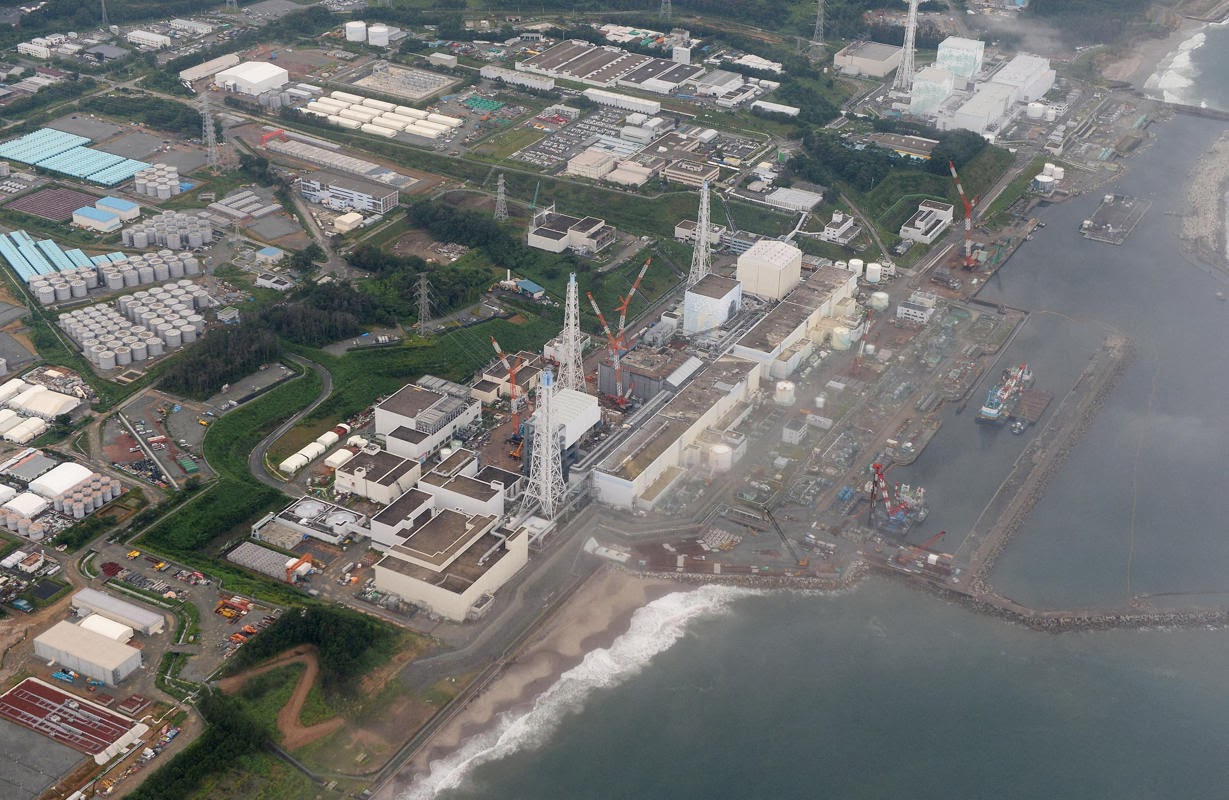 Smith and his colleagues tracked rising levels of cesium-134 at several ocean monitoring stations west of Vancouver in the North Pacific beginning in 2011. By June 2013, the concentration reached 0.9 Becquerels per cubic meter, Smith said. All of the cesium-134 was concentrated in the upper 325 feet (100 m) of the ocean, he said. They are awaiting results from a February 2014 sampling trip.
The U.S. safety limit for cesium levels in drinking water is about 28 Becquerels, the number of radioactive decay events per second, per gallon (or 7,400 Becquerels per cubic meter). For comparison, uncontaminated seawater contains only a few Becquerels per cubic meter of cesium.
Cesium-137 levels at U.S. beaches were 1.3 to 1.7 Becquerels per cubic meter, Buesseler said. That's similar to background levels in the ocean from nuclear weapons testing, suggesting the Fukushima plume has not reached the U.S. coastline yet, he said.
The new monitoring data does not show which of two competing models best predicts the future concentration of Fukushima radiation along the U.S. West Coast, Smith said. These models suggest that radionuclides from Fukushima will begin to arrive on the West Coast in early 2014 and peak in 2016. However, the models differ in their predictions of the peak concentration of cesium — from a low of 2 to a maximum of 27 Becquerels per cubic meter. Both peaks are well below the highest level recorded in the Baltic Sea after Chernobyl, which was 1,000 Becquerels per cubic meter.
"It's still a little too early to know which one is correct," Smith said.
Safety concerns
The impending arrival of radioactive contaminants from Fukushima has raised concerns among coastal residents in the United States and Canada. But oceanographers and radiation experts say the radiation levels will be too low to threaten human health.
"These levels are clearly not a human or biological threat in Canada," Smith said.
Fukushima’s radiation reached coastal Canada first because of the powerful Kuroshio Current, which flows from Japan across the Pacific. The plume will then flow down the coast of North America and circle back toward Hawaii, models predict.
But Buesseler thinks even low levels of contamination merit monitoring, both for human health information and for the wealth of data about Pacific Ocean currents such monitoring could provide. On Jan. 14, he launched a website called "How Radioactive is Our Ocean?", where the public can make tax-deductible donations to support the analysis of existing water samples, or propose and fund new sampling locations along the West Coast.
And at Fukushima, radioactive water continues to escape from the damaged power plant into the ocean. A new leak was reported last week, although that one did not empty into the ocean. 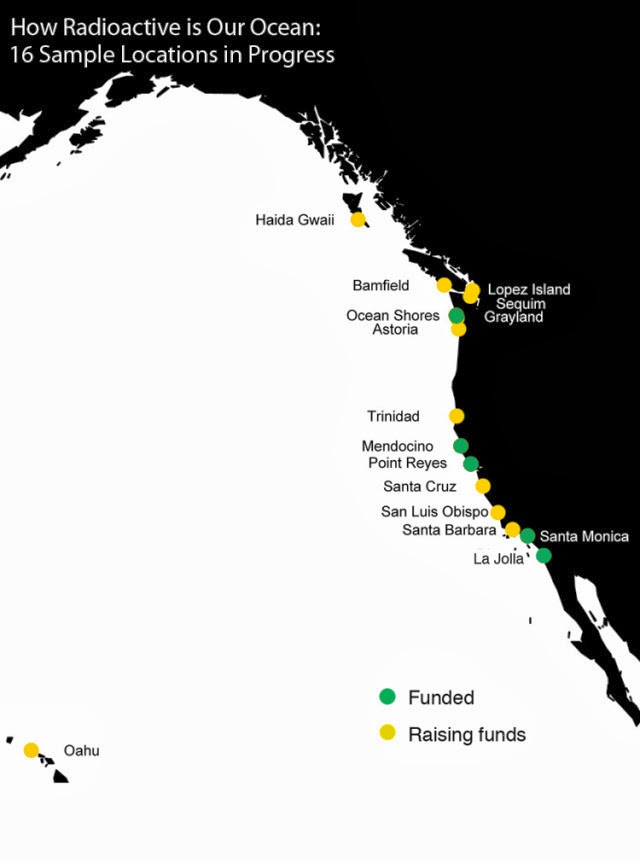 Posted by seemorerocks at 13:44