California - no water for farmers

California farmers won't get US water
U.S. officials say many farmers caught in California's drought will receive no irrigation water this year from a vast system of rivers, canals and reservoirs interlacing the state. 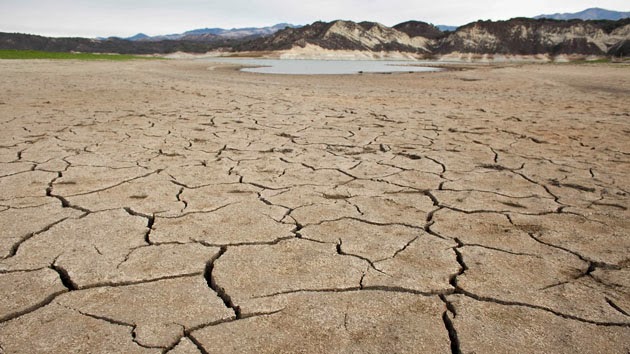 The U.S. Bureau of Reclamation announced Friday it will continue to monitor rain and snowfall, but at this point there's not enough water in the Central Valley Project to give water to farmers.

Last year, Central Valley farmers received 20 percent of their normal allowance, and that figure is now set at zero percent.

This marks the third dry year for the state, and Gov. Jerry Brown last month declared a drought emergency.

At this time of year the U.S. Bureau of Reclamation carefully measures the mountain snow pack, rainfall and reservoir levels all over California to determine the water available for farmers, fish migrations and communities.

Gov. Jerry Brown last month declared California's drought emergency, and both state and U.S. officials have pledged millions of dollars to help with water conservation and food banks for those put out of work by the drought.

California officials who manage the State Water Project, the state's other vast water system, have already said they won't be releasing any water for farmers, marking a first in its 54-year history.

Posted by seemorerocks at 19:56