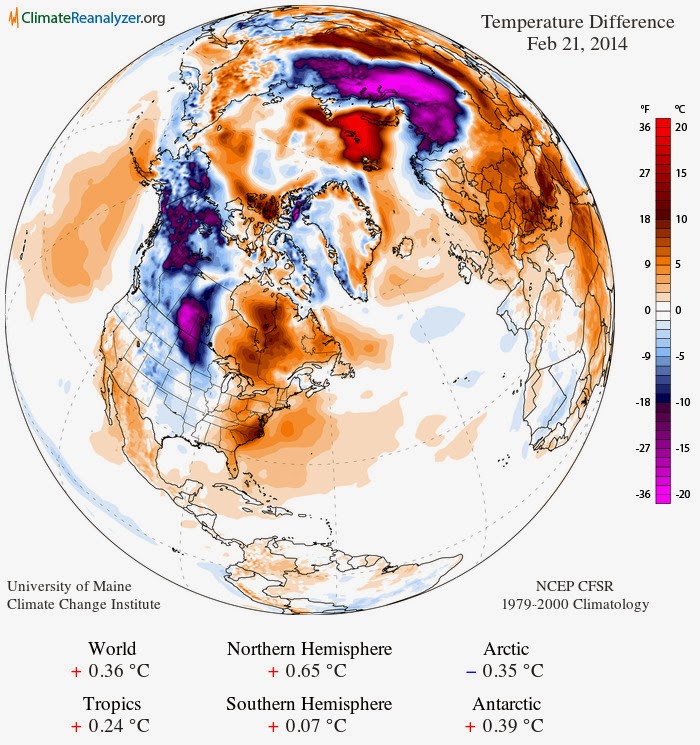 The nation's weather rollercoaster took another wild swerve Thursday as the near-record snow of the last few weeks gave way to tornado warnings, wicked thunderstorms and fierce winds that knocked out power for tens of thousands.

Tornado warnings and watches were scattered late Thursday evening among counties in seven states, some of them in effect until as late as 5 a.m. ET Friday: Alabama, Georgia, Louisiana, Mississippi, North Carolina, Tennessee and Virginia. As many as 12 states were under tornado alerts at one time or another Thursday.

The storms hit Illinois with the first confirmed tornado in the U.S. since four twisters caused minor damage Jan. 11 in Georgia and Virginia — more than a month ago.

There were no immediate reports of injuries from the tornado, which touched down about 3 p.m. (4 p.m. ET) near Arenzville, Ill., northwest of Springfield. But the National Weather Service said the twister destroyed seven outbuildings in Arenzville and knocked over power poles and campers in Mechanicsburg.

More than 66,500 customers were without power late Thursday from Arkansas to Michigan, with most of them in Missouri and Illinois, power utilities reported.

Northbound traffic was shut down on Interstate 57 south of town after a pileup late Thursday afternoon that involved at least two tractor-trailer trucks and at least 15 passenger vehicles. No life-threatening injuries were immediately reported.

Trees and power lines were downed and numerous buildings were damaged across the entire storm-hit region, but few other injuries were reported by early Friday morning.

An 8-year-old boy and his mother suffered non-life-threatening injuries when the roof was blown off a house in Lauderdale County in northern Alabama, emergency officials said.

In Alton, Ill., a 25-year-old woman suffered non-life-threatening injuries Thursday afternoon when a utility pole fell on her car as she was driving in near-zero-visibility conditions, police said.

In Todd County, Ky., a mobile home was blown off its foundation with the family inside. No one was hurt.