Molotov-cocktails, home made bombs and cold steel. Sunday night saw rioters capture the Justice Ministry in the Ukranian capital and even the political opposition, who are supposed to be on the same side, could not force them out. And this happens not in the capital alone. 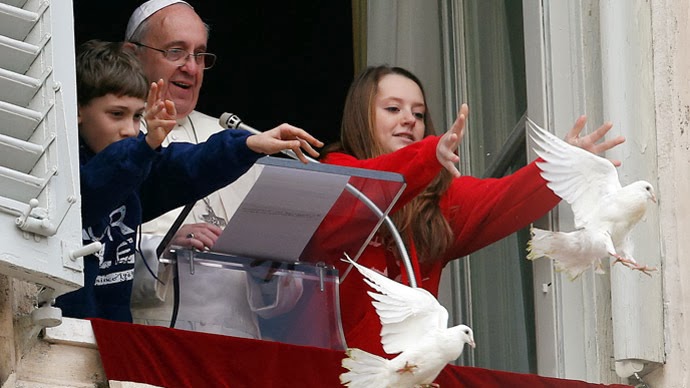 Pope Francis on Sunday prayed for the start of a “constructive dialogue” in Ukraine, releasing two white doves to symbolize the hope for peace. However, the doves were immediately attacked by a crow and a seagull.

Addressing tens of thousands of people gathered in Vatican City’s St. Peter’s Square for the Pope’s weekly Angelus prayer, the pontiff said that his thoughts and prayers were with the victims of the Ukrainian unrest.

“I am close to Ukraine in prayer, in particular to those who have lost their lives in recent days and to their families,” Pope Francis said.

He then raised hopes for a “constructive dialogue between the institutions and civil society,” urging both sides to avoid violence and reminding that “the spirit of peace and a search for the common good” should be “in the hearts of all.”

In a symbolic peace gesture, two white doves were then released by children standing alongside Pope Francis.

But as soon as the birds took off, they were immediately attacked by a crow and a seagull. 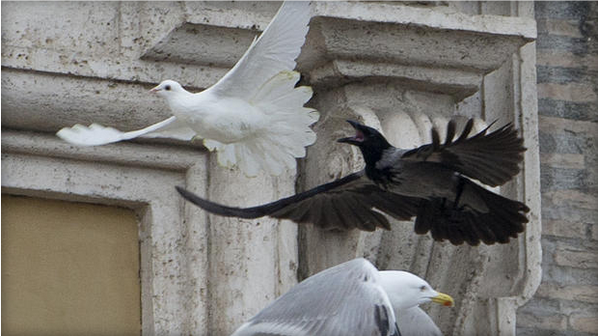 The crowd gasped as one dove broke free from its seagull attacker, losing some feathers in the process. The other was less fortunate and was repeatedly pecked at by the crow before flying away.

It is not clear what happened to the doves after onlookers lost sight of them. 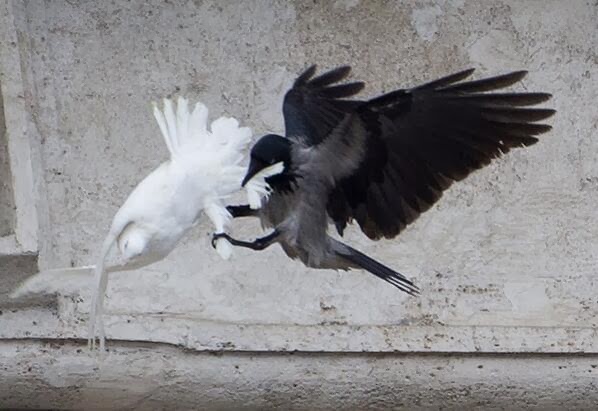 Social networks immediately exploded with comments and interpretations of the incident; some perceived it as an “ill omen” while others simply described the situation as ironic.

Hundreds of protesters and police officers have been injured in violent riots in Ukraine. Investigators have been searching for shooters who, in separate incidents this week, killed several rioters and one policeman with rounds suitable for a sporting gun.