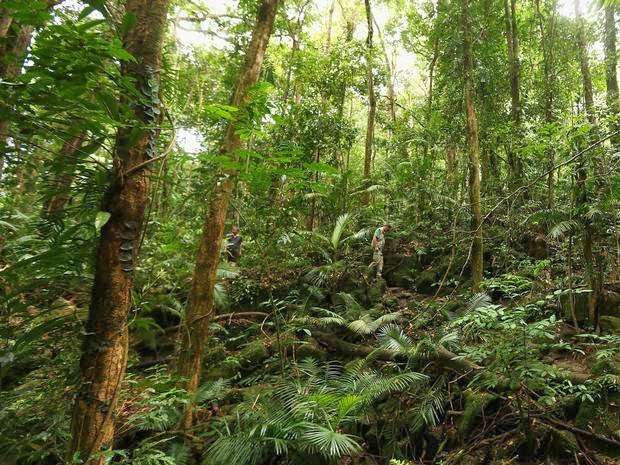 Tropical rainforests are becoming less able to cope with rising global temperatures according to a study that has looked back over the way they have responded to variations in temperature in the past half a century.

For each 1C rise in temperature, tropical regions now release about 2 billion extra tonnes of carbon-containing gases – such as carbon dioxide and methane – into the atmosphere, compared to the same amount of tropical warming in the 1960s and 1970s, the study found.

Rising levels of man-made carbon dioxide could stimulate the growth of tropical vegetation by providing them with extra “carbon fertiliser” but scientists believe this beneficial effect is probably being outweighed by the detrimental impact on forest growth caused by the extra heat and drought resulting from higher CO2 concentrations.

“What we are seeing is that the tropical forests in particular are becoming more vulnerable to warming and we expect this to continue because we expect to see more warming in the future,” said Professor Peter Cox of Exeter University, a co-author of the study published in the journal Nature.

“We know that higher levels of carbon dioxide in the air have a fertilising effect on vegetation and forests, but the temperature effect caused by increasing CO2 concentrations is probably becoming stronger. We are pretty certain that climate change will lead to the overall release of carbon from tropical regions,” Professor Cox said.

About half of the man-made carbon dioxide released into the atmosphere over the past 200 years as a result of fossil-fuel burning has been absorbed by either the oceans or vegetation growing on the land, such as tropical rainforests.

The ocean “sink” accounts for just over half of this absorbed carbon and is relatively long-term and stable. However, the terrestrial sink for atmospheric carbon is more erratic because the ability of plants to absorb carbon dioxide depends on heat and moisture, as well as human activities such as deforestation and the draining of swamps, which releases methane.

“Both the oceans and the land are doing their bit, but whereas the oceans are changing slowly, the land is very erratic and moody when it comes to being able to absorb carbon and we’ve found that it’s getting more moody and more erratic,” Professor Cox said.

The lead author of the study, Xuhui Wang of Peking University, added: “This enhancement is very unlikely to have resulted from chance, and may provide a new perspective on a possible shift in the terrestrial carbon cycle over the past five decades.”

Computer models used by scientists to simulate how climate change will affect land vegetation do not show this increasing tropical sensitivity to carbon dioxide, said Professor Pierre Friedlingstein of Exeter University, a co-author of the study.

“Current land carbon-cycle models do not show this increase over the last 50 years, perhaps because these models underestimate emerging drought effects on tropical ecosystem,” Professor Friedlingstein said.
Posted by seemorerocks at 12:19