More on the record drought in S. California

The volcanic peak, normally blanketed in snow this time of year, has almost no snow cover on the south, west and eastern slopes. Snow cover has decreased dramatically since November, when the mountaintop looked mostly white,NASA's Earth Observatory reported.

Normally, snow cover peaks around April 1, and by the first of the year, 15 to 30 percent of that snow has already accumulated.

"The Shasta snow cover reflects two dry winters (in 2012 and 2013), plus a December 2013 snowfall that puts the area less than 5 percent of the way toward the April 1 average," Roger Bales, a hydrologist at the University of California–Merced, told the Earth Observatory. Right now, snow cover may even be below the permanent snow line, Bales said.

The images were captured using the Operational Land Imager (OLI) on the Landsat 8 satellite. 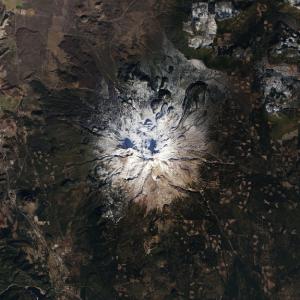 Mt. Shasta in November 2013 had less snow than usual.

The volcanic slopes are a popular destination for skiers and other winter sports enthusiasts. But this year, with just 2 to 3 inches (5 to 7.5 centimeters) of the white stuff on the ground, most ski lifts were closed on Jan. 16, according to the Earth Observatory. Die-hard skiers had to hike up a few glaciers to get their fix.
But a depressing ski season is the least of California's worries. Snowpack provides the water supply for many parts of the state, meaning water shortages could be imminent.

The Colby Wildfire burning near Los Angeles likely took hold because of the unusually parched conditions this winter.  And the drought, which is gripping much of the Western United States, could also threaten crop yields.

"Precipitation in some areas of the state is tracking at about the driest year of record," the California Department of Water Resources reported on its website, as quoted by the Earth Observatory.

"On average," the observatory quoted, "about half of California’s statewide precipitation occurs in December, January and February, with only a handful of large winter storms accounting for the difference between a wet year and a dry one."

California's drought means horses and livestock are struggling to eat. CNN meets a rancher forced to give up his horses

Historic California drought called a red flag for future of US
The California drought, the worst in its history, could have far-reaching impacts for the state and for a nation that is only now starting to cope with climate change, experts say. 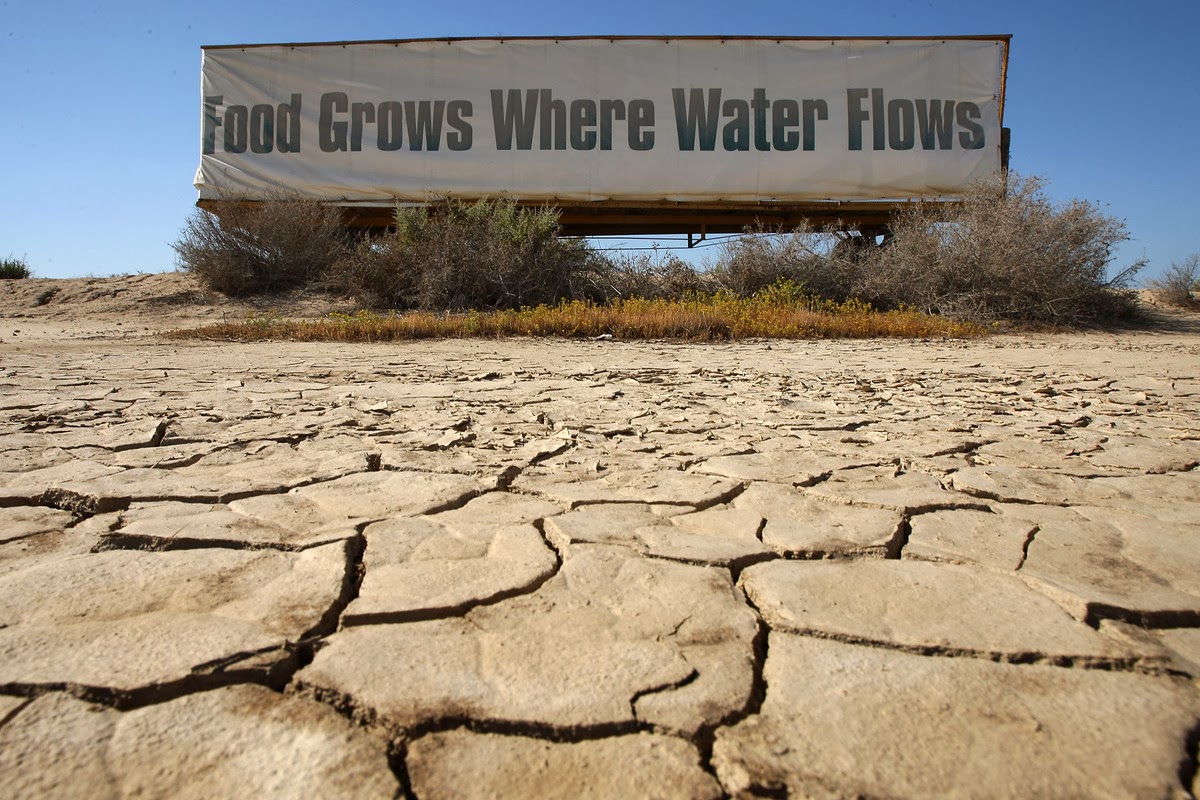 As California faces the worst drought in its 163-year history with no hint of relief in sight, some scientists are calling the event a red flag for the future of the nation.

Gov. Jerry Brown raised the issue in his State of the State address Wednesday, saying “we do not know how much our current problem derives from the build-up of heat-trapping gasses, but we can take this drought as a stark warning of things to come.”

Water shortages have widespread impacts. Agriculture and energy generation account for 80 percent of the nation’s clean water use, says David Dzombak, head of Carnegie Mellon University’s Civil and Environmental Engineering Department. And even when cities meet their water demands during a drought, the costs can leave them “exposed to significant risk of financial failures,” says Patrick Reed, a professor of civil and environmental engineering at Cornell University, in an e-mail.

In that way, crises can led to new policies and new attitudes, and some say the California drought could be just such a catalyst.

“At the state, regional, and federal level, and across the country, people are just starting to come to grips with the fact that our climate is not stationary,” says Professor Dzombak. “We are in a dynamic, changing climate situation that will affect all parts of the country in different ways,” he says, led by the West and Southwest so impacted by drought.

Governor Brown laid out a roadmap of drought solutions Wednesday. He asked businesses and homeowners to voluntarily reduce their water usage by 20 percent. Last week, he declared a state of emergency.

“It is imperative that we do everything possible to mitigate the effects of the drought,” he said in his speech. “We need everyone in every part of the state to conserve water. We need regulators to rebalance water rules and enable voluntary transfers of water and we must prepare for forest fires.”

These mandates are a “tall order,” Brown said. But it is “what we must do to get through this drought and prepare for the next.”

Major innovations of the last century came in response to water shortages, such as the 1928-34 drought, notes Jay Lund, director of the Center for Watershed Studies at the University of California at Davis, in a blog post.

“This six-year drought accelerated design and construction of the Central Valley Project and served as the design standard for most of California’s water system until 1976,” he says. Quoting Stanford University economist Paul Romer, he adds, “a crisis is a terrible thing to waste.”

Similar innovations today could involve shifting to renewable energy sources that do not require as much water as steam-driven electrical plants.

The severe drought highlights the need for “a new way of thinking about our infrastructure,” says Dzombak.

California drought: Scientists puzzled by persistence of blocking 'ridge'
While much of the United States has experienced a weather year with fewer extremes and an easing drought, the record-breaking California drought – the worst since 1895 – is not leaving the region anytime soon, according to climatologists 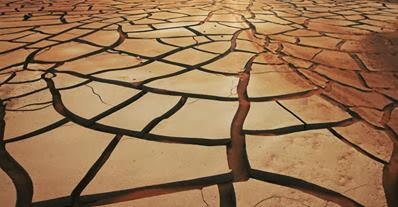 The unseasonal balmy but dry weather is the result of an equally unprecedented high pressure ridge lurking offshore and blocking the typical winter storms needed to drop precipitation all along the West Coast..

This ridge has persisted for 13 months and the longer it lingers, the less likely it is to leave, points out climatologist Brian Fuchs, from the National Drought Mitigation Center in Lincoln, Nebraska. This high pressure ridge system is feeding on itself, “creating a sort of perfect environment for perpetuating the dry conditions” it creates, he says.

High-pressure systems are not uncommon, but it is abnormal for them to hang around uninterrupted for so long. “This makes it even harder as winter storms approach for them to break through and change that pattern,” he adds.

This recent dry spell accentuates a continuing background condition of prevailing drought across much of the Southwestern US, notes Christopher Williams, a specialist in US drought conditions and an assistant professor at Clark University’s Graduate School of Geography in Worcester, Mass.

Precipitation is below 20 percent of normal and signs of the drought impact run across the region, including low river flows, low snow packs, low reservoir levels, and out-of-season wildfires.

“Wintertime shortages are particularly worrisome,” adds Mr. Williams via e-mail, “because winter is a key time of year for building up water supplies that carry the West through the rest of the year.” What is worse, he says, “shortfalls extend well beyond the state of California itself, reaching nearly all of the remote regions on which the California water supply network relies, particularly the Colorado River Basin.”

Scientists are uncertain as to why the ridge has stubbornly refused to break down and allow incoming storms to hit land. Climate change may be one of many factors, suggests Mr. Fuchs.
“It’s always difficult to know if a specific disaster or storm is tied to climate change,” he says, but over the course of decades it is possible to see large trends moving in a certain direction. “You can’t really pinpoint one thing, but you can say that over a period of decades there is less snow accumulation and warmer temperatures, and climate change is playing a part in that,” he adds.

This is just the beginning, says Doug Parker, director of the California Institute for Water Resources. “We have seen essentially no rain or snowfall this year and short- and long-term forecasts are bleak for California,” says Mr. Parker via e-mail, adding that this means that California will have very low water deliveries to much of its agricultural sector.

This agriculture is an important part of the state’s economy, points out Parker. “This will lead to fallowing of farmland which will reduce output and reduce employment,” he suggests, adding that could drive up the prices of certain commodities. In addition, the dairy and meat sectors will be particularly hard hit, he notes, as those sectors will have to import feed.

The drought throughout the West will impact other states similarly, points out Parker.

The drought will increase pressure on already over-used groundwater supplies, says Parker. “We have seen dropping groundwater levels in many parts of the state. We expect growers to increase use of groundwater, especially for tree and vine crops.  This will accelerate the decline in groundwater,” he adds.

Little currently on the horizon offers much hope for change, says California climatologist Mike Anderson, with the Department of Water Resources.

This offshore ridge is very stable, he says, adding, “this is good news if you want nice weather, but if you want precipitation it is not.”

A record-tying high of 84 degrees at Camarillo on Tuesday was among many balmy readings across the region, including downtown Los Angeles, which topped out at 78, 10 degrees above normal.

The high pressure and offshore flow should keep daytime highs well above normal through the middle of next week.

Forecasters also say there’s no rain in sight. Downtown Los Angeles has had less than an inch of rain since July 1. 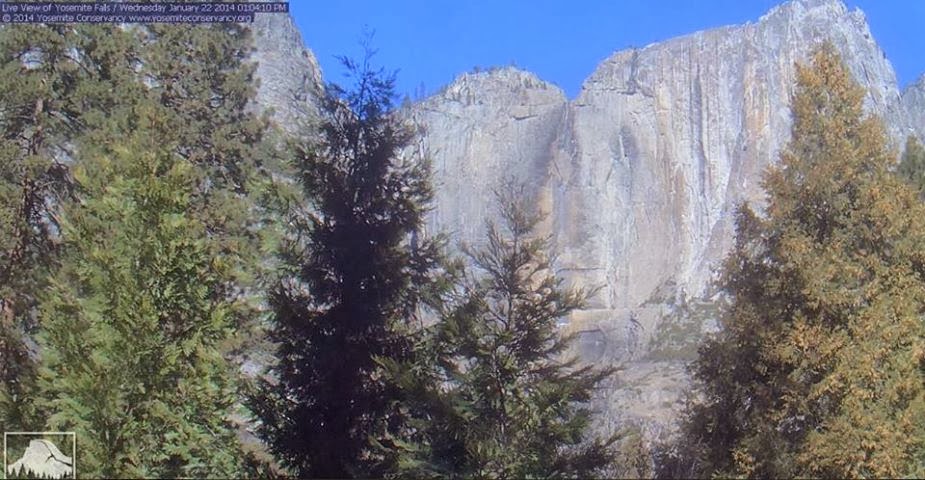 Yosemite Falls now a trickle too small to see. If you visit send postcards instead of photos to show the water.

Another example of California's worst drought in state history: Yosemite Falls is dry right now. This image is from this afternoon via the webcam..


This is what it SHOULD look like. No doubt the view is different