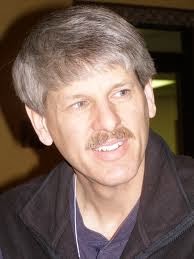 I’ll start with a line from recently deceased professor emeritus and long-time teacher Albert Bartlett: “The greatest shortcoming of the human race is our inability to understand the exponential function.” When I speak and write about climate change, most members of the audience are stuck in fifth grade, unaware that nature often exhibits non-linearity.

In return, I’m the dark-horse candidate for Golden Horseshoe liar of the year award. No, really: You can read all about it here. This planet has become so Orwellian that those who collate the facts and pass them along are hated as liars.

I see plenty of support for denying the obvious. According to a December 2013 paper in Climatic Change, the climate change counter-movement is funded to the tune of nearly a billion dollars each year. That’s just in the United States, where we continue to brag about our prowess in destroying the living planet long after a few of us recognized the irony in the following advertisement from Lifemagazine in 1962. The story is similar in other countries.

How obvious is ongoing climate change induced by anthropogenic global warming? If you’re unwilling to look outside, consider the following graph from Climate Central.

And even as abnormal is the new normal, we’re just getting started. Bruce Melton, writing forTruthout in a 26 December 2013 piece featuring climate scientist Wallace Broeker, points out that“today we are operating on atmospheric concentrations of greenhouse gases from the 1970s. In the last 29 years we have emitted as many greenhouse gases as we emitted in the previous 236 years.” In other words, the four-decade lag between emissions of greenhouse gases and consequences of those emissions is not complete. But it’s on the way, and there is nothing to be done today to undo what we did during the last 40 years. And, as pointed out with numerous scientific articles at mycomprehensive summary dating back to February 2003 from the folks at Woods Hole Oceanographic Institution, abrupt and dramatic changes in climate aren’t out of the question.

This knowledge brings with it horror and relief. I’m horrified by what’s to come, which includes the near-certainty of human extinction by 2030 as we surpass 4 C above baseline. I’m relieved to know that today’s consequences result from emissions dating to the 1970s, when I was excitedly learning to drive an automobile. I experience no teenage guilt from youthful, ignorant actions.

I recognize that collapse of industrial civilization leads to a world 2 C warmer than baseline within a few days post-collapse. Where I live, in the southwestern interior of a large continent in the northern hemisphere, that means we’re headed for ~5 C locally shortly after collapse is complete. And that means no habitat for humans: Welcome to the dust bowl that never ends within a matter of months post-collapse.

Yet, seemingly contrary to these simple, easy-to-reach conclusions, I work toward collapse. Largely unafflicted by the arrogance of humanism, I work on behalf of non-human species. Industrial civilization is destroying every aspect of the living planet, and I know virtually nobody who wants to stop the runaway train. Yes, collapse will kill us. But our deaths are guaranteed regardless, unless I missed a memo.

I’ve given up on civilized humans making any effort to take relevant action. Never mind our stunning myopia: The money to be made is clearly more important than the extinctions we cause, including our own.

As pointed out in March 2012 in Nature Climate Change, several psychological reasons explain why people have a hard time dealing with the stark reality of climate change (David Roberts comments at length in his article at Grist:

1. To the extent that climate change is an abstract concept, it is non intuitive and cognitively difficult to grasp.

2. Our moral judgement system is finely tuned to react to intentional transgressions — not unintentional ones.

6. Events do not seem urgent when they seem to be far away in time and space; out-group victims fall by the wayside.

At considerable risk of pummeling the dead equine, I’ll reiterate a couple paragraphs I pointed out before:

Leading mainstream outlets routinely lie to the public. According to a report published 11 January 2014, “the BBC has spent tens of thousands of pounds over six years trying to keep secret an extraordinary ‘eco’ conference which has shaped its coverage of global warming.” At the 2006 event, green activists and scientists — one of whom believes climate change is a bigger danger than global nuclear war — lectured 28 of the BBC’s most senior executives.


Mainstream scientists minimize the message at every turn. As we’ve known for years,scientists almost invariably underplay climate impacts. I’m not implying conspiracy among scientists. Science selects for conservatism. Academia selects for extreme conservatism. These folks are loathe to risk drawing undue attention to themselves by pointing out there might be a threat to civilization. Never mind the near-term threat to our entire species (they couldn’t care less about other species). If the truth is dire, they can find another, not-so-dire version. The concept is supported by an article in the February 2013 issue of Global Environmental Change pointing out that climate-change scientists routinely underestimate impacts “by erring on the side of least drama.”

In other words, science selects for conservatism (aka picking cherries long after they are ripe). Science, after all, is merely the process of elucidating the obvious. Climate-change scientists routinely underestimate impacts “by erring on the side of least drama” (aka looking for the cherries long after they’ve fallen off the tree, onto the ground, and been consumed by rodents).

The feedbacks are too numerous, the inertia too strong. We fired the clathrate gun by 2007 or earlier, coincident with crossing the point of no return for climate change. The corporate media and corporate governments of the world keep lying, and too few hold them accountable.

With an eye to improving my “bedside manner” when I deliver presentations, I’ve recently become a certified grief-recovery counselor. A brief summary of the program, which I learned about from a contact on Facebook, is here.

I was extremely impressed by the workshop. In fact, I told the facilitator it was about a thousand times better than I expected halfway through the first of four emotionally wrenching days. The facilitator was among the best teachers I’ve ever seen.

I learned about my own grief, and how to deal with it. I learned dealing with grief is a process that requires practice. I learned that some losses associated with individuals represent opportunities to move on from the relationship.

I have suffered many of the usual and customary losses typically associated with grief, along with a few others. Who knew there are more than 40 kinds of losses?

These include moving, losing a job, divorce, death of a loved one, and many others. I suffered considerable grief when I left the university: the loss of ego, friends, and colleagues was enormous, as was the sudden inability to teach.

I also learned a little bit about helping others deal with their own grief. That in itself is a big deal for a left-brained, science geek. I recommend this workshop to almost anybody who is willing to put themselves into the position of eager, heart-wide-open student.


I’m still working through the tools I picked up at the workshop. I suspect the process will continue for a long time. Like, as long as I have.
Posted by seemorerocks at 12:08