NSA spied on 2010 G8, G20 summits in Toronto with Canadian help
The National Security Agency conducted widespread surveillance during the 2010 G8 and G20 summits with the blessing of host country Canada’s government. 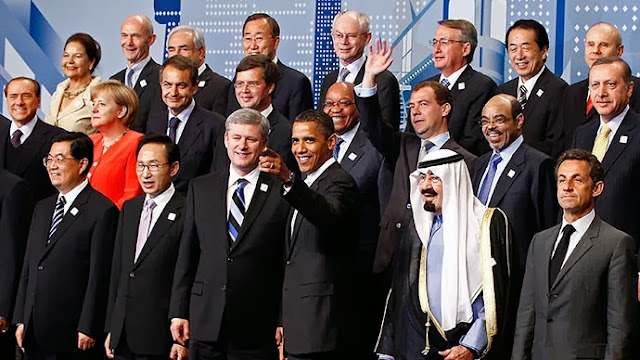 Documents supplied by former NSA contractor Edward Snowden show the US converted its Ottawa embassy into a security command for six days in June 2010 as world leaders met in Toronto. The covert operation was known to Canadian authorities, CBC News reported.

The documents do not reveal targets of the espionage by the NSA - and possibly by its counterpart, the Communications Security Establishment of Canada (CSEC). The NSA briefing notes say the operation was "closely co-ordinated with the Canadian partner."

Ultimately, the documents obtained by the CBC do not give exact specifications of CSEC’s role, if any, in the Toronto spying. Former Guardian reporter and Snowden’s chosen journalist to receive the NSA documents, Glenn Greenwald, co-wrote the story for CBC.

But the documents do spell out that CSEC’s cooperation in the venture was crucial to ensuring access to telecommunications systems needed to spy on targets during the summits.

Both NSA and CSEC were implicated, along with British counterpart GCHQ, for monitoring phone calls and email of foreign leaders and diplomats at the 2009 G20 summit in London. In addition, it was recently reported that CSEC hacked into phones and computers at the Brazilian government’s department of mines. These revelations also came via documents from Snowden, who has received asylum in Russia.

The revelations also contradict a statement made by an NSA spokesman to The Washington Post on August 30, which said that the US Department of Defense - of which the NSA is is part of - “does not engage in economic espionage in any domain, including cyber.”

The NSA briefing document says the operational plan at the 2010 summit included "providing support to policymakers.”

The Toronto summit was chocked full of major economic issues following the 2008 recession. Measures like the eventually-nixed global bank tax were strongly opposed by the US and Canadian governments. Further banking reform, international development, countering trade protectionism and other issues were on the docket - and on NSA’s list of main agenda items in the aim of supporting “US policy goals.”

The partnerships by some Western spying arms at the Toronto and London summits, not to mention other stories that have come out based on the Snowden documents, call attention once again to the “Five Eyes” surveillance coalition among Australia, Canada, New Zealand, the UK and the US.
Posted by seemorerocks at 20:18