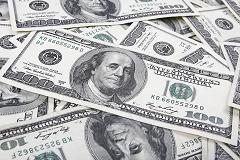 Central banks sold a record amount of US Treasury debt last week and bond funds suffered the biggest investor withdrawals on record as global markets shuddered at the prospect of the US Federal Reserve ending its quantitiative easing program.

Holdings of US Treasuries held at the Fed on behalf of official foreign institutions, dropped a record $32.4 billion to $2.93 trillion, eclipsing the prior mark of $24 billion in August 2007. It was the third weekly outflow in the past four weeks and came as Japanese investors, who are big holders of US Treasury debt, sold a net $12 billion of foreign bonds last week, their biggest sale in 14 months.

Bond funds tracked by EPFR Global, a data provider, saw total redemptions of $23.3 billion in the week to June 26. US funds were the worst hit, with withdrawals totaling $10.6 billion, but emerging market debt funds also saw record redemptions of $5.6 billion.

That is twice last week's withdrawals. Over the past five weeks emerging market debt and equity fund outflows have totaled $35 billion, of which $22.5 billion has fled stock market funds.

"People are throwing in the towel," said Markus Rosgen, chief Asia equity strategist at Citigroup. "It'll drag the market down lower over the course of the summer.

Fixed income markets have tumbled since Fed chairman Ben Bernanke first signaled on May 22 that the US central bank would begin reducing its asset purchases later this year. Yields on 10-year US Treasuries have risen sharply since then, hitting 2.52 per cent on Friday compared with 1.62 per cent at the start of May.

A noticeable rise in short term Treasury yields in spite of the Fed stressing it is no hurry to tighten policy, could well be a function of emerging market countries selling two-year notes to support currency intervention efforts.

"We can only speculate at this point about which countries were selling, and what maturities were being unloaded," said Lou Crandall, economist at Wrightson Icap. "One obvious possibility is that emerging market nations whose currencies have been under heavy pressure sold shorter-dated Treasuries for intervention purposes."

Global markets have regained some of their footing this week, with bond yields declining and most stock market clawing back some of their losses. The FTSE All World Index gained 2.7 per cent since Tuesday, and the average international bond yield for emerging market government fell to 6 per cent, after spiking to 6.4 per cent, the highest since October 2011.

Fund managers stress that the Fed is still buying billions of dollars worth of bonds for months to come, and point out that actual interest rate increases are far away. But most are still cautious, and are waiting for US Treasury yields to settle.

"In the near term things look difficult," said Boon Peng Ooi, chief investment officer for fixed income at Eastspring Investments. "We have to be wary of outflows, as the impact of flows in these markets can be great."

Some asset managers are concerned that if outflows continue it could force some to sell positions once more and trigger another, deeper leg in the fixed income rout.

"The summer is hot and shallow. If people capitulate then it will not be nice," warns one big asset manager. "

Equity funds failed to benefit from the move out of fixed income, with redemptions hitting $13bn in the week ending June 26. Japan was the only place to see net equity inflows in the past week.