260 job losses as schools learn their fate
Education Minister Hekia Parata says 260 staff will lose their jobs as a result of education reforms announced in Christchurch. 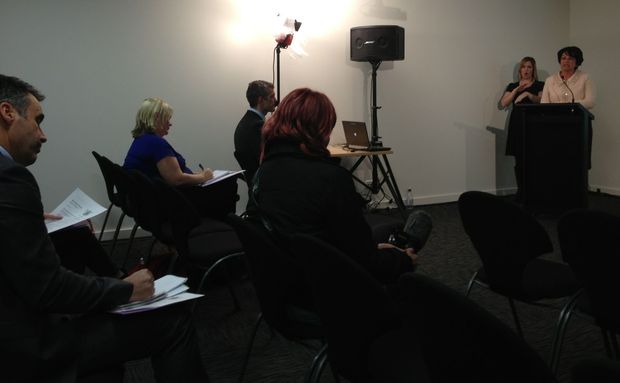 Hekia Parata announces which schools will close or merge

The closures have caused anger in school communities and the Ombudsman is investigating the process followed by the Ministry of Education in reaching its decisions.

All the schools have been subject to interim decisions since February this year, which proposed that seven of the 17 schools should close and 10 merge into five bigger schools as part of a major reorganisation of education in the earthquake-hit city

Of the closures confirmed on Wednesday afternoon, most will take effect from the end of 2013.

The principal of one intermediate school describes the move as a social experiment, saying this does not give the local high school enough time to prepare itself to teach her students.

Another principal says the minstry has ignored the voice of his community.
In a surprise move, South New Brighton school will not be merged with Central New Brighton.

Central New Brighton principal Toni Burnside says this is what the school asked the ministry for, but parents had no idea and will be shocked. A final decision will be made at the end of August.

Phillipstown School principal Tony Simpson says it put up a strong argument not to merge with Woolston School.

Mr Simpson believes the reasoning behind the merger is largely money based. He says a ministry report shows it will save $285,000 a year, but the rising roll from 130 students in February 2011 to 160 students today proves the community needs his school.

"We tried so hard, we'd done our homework, we'd presented the facts. We'd celebrated the achievement data, we'd celebrated the record roll and we'd passed all of this on - and it just seems to have been rejected."

A parent, Kelly Hunter, says the ministry should think about the children in Christchurch - not about saving money - and is furious that the school's pleas to stay open were ignored.

Burwood School with Windsor School, on the Windsor site

Phillipstown School with Woolston School, on the Woolston site