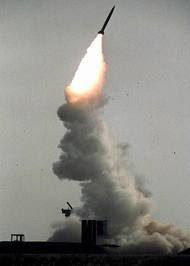 President Assad also said that the second shipment of the Russian system will be delivered to his country soon, Lebanon's Al-Manar TV reports. 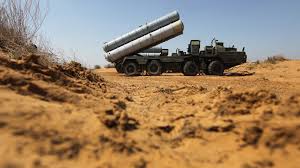 Despite a concerted international effort to dissuade Moscow from following through with the controversial arms deal, Syrian President Bashar Assad has revealed that a shipment of the advanced, Russian-made S-300 — a state-of-the-art system that can intercept fighter jets and cruise missiles — has already arrived in his country.

In an interview with Hezbollah’s Al-Manar television scheduled to be broadcast Thursday night, the Syrian leader boasted that Syria had received the first batch of missiles and asserted that “the rest of the load will arrive soon,” the Lebanese daily Al Akhbar reported.

The planned delivery of the sophisticated system had created a tense standoff between Israel, Syria, and Russia, with Israel threatening to do “whatever it takes” to prevent the weapons being fielded, and Syria responding that it would retaliate in kind for any Israeli strike.

Last week, National Security Adviser Yaakov Amidror told a gathering of European Union ambassadors that while Israel may not be able to prevent the delivery of S-300 batteries to Syria, it would act to prevent them from becoming operational.

During the closed-door briefing, which was attended by 27 diplomats, Amidror made it clear that even though Israel was determined to prevent the Syrians from deploying the missiles, that did not necessarily mean it would launch a military strike to destroy them, diplomats that were present at the meeting said, according to Hebrew media reports.

Amidror explained that while Russia was dead set on supplying the system, it was unclear when the batteries would become operational. The national security adviser added that Israel, together with the United States, would continue to act through diplomatic channels to prevent the S-300s from posing a threat. Israel hoped to persuade the Russians to withhold critical parts and training that were need to make the system operational, he said.

Amidror also opined that the main motivation for the Kremlin in providing the missiles was not so much an interest in becoming embroiled in the Israel-Syria standoff, but rather an attempt to engage the West in a game of one-upmanship over its support for rebels fighting the Assad regime, the diplomats said.

The Syrian president also told Al-Manar that his country would retaliate for any future Israeli attack on Syria, and said he would not “get in the way” of any Syrian groups that attempted to liberate the Golan Heights, which Israel captured during the 1967 Six Day War, Al Akhbar reported.

The complex S-300 air defense system, considered one of the most advanced in the world, takes about four months to become operational and would require intensive training including calibration that can only be carried out on-site in Syria, experts say.

Prime Minister Benjamin Netanyahu met with Russian President Vladamir Putin earlier in May with a similar objective but, according to Haaretz, has since admitted to various European foreign ministers that his mission had failed and the deal would go ahead.

Israeli media reports earlier in the week said Netanyahu had warned Putin of a descent into war should Russia to go ahead with the delivery. Netanyahu said that if acquired by Assad, the S-300 “is likely to draw us into a response, and could send the region deteriorating into war,” Channel 2 reported.

The missile deal has ratcheted up tensions between Jerusalem and Damascus, which were already high following two airstrikes reportedly carried out by Israel on Syrian territory in early May, targeting a shipment of advanced missiles heading from Syria to Hezbollah terrorists in Lebanon.

Aside from the unique strategic capacities that the S-300 air defense missiles would afford Syria, putting planes taking off from central Israel and its main international airport within the missiles’ range, Jerusalem also fears that the system could fall into the hands of terror groups likes Hezbollah, which has become increasingly involved in fighting the Syrian rebels.

“We’ve declared to the world that we will retaliate immediately if Israel attacks again,” Walid al-Moallem said in an interview with the Lebanese TV station Al-Mayadeen. ”Any aggression will be met with a response of a similar magnitude.”

On Tuesday night, the Russian ambassador to the United Nations said that the sale of the weapons was not the start of an arms race and recommended Israel stay calm over the deal.

In an interview with CNN, Vitaly Churkin suggested that Israel consider the risks involved in taking action against the missile delivery.

“The Israelis will keep a cool head and refrain from reckless actions,” he said, asserting that in the past Russia had responded to Israeli concerns about advanced weapons shipments falling into the wrong hands by guaranteeing that the arms would only go to their intended destinations.
Posted by seemorerocks at 19:16